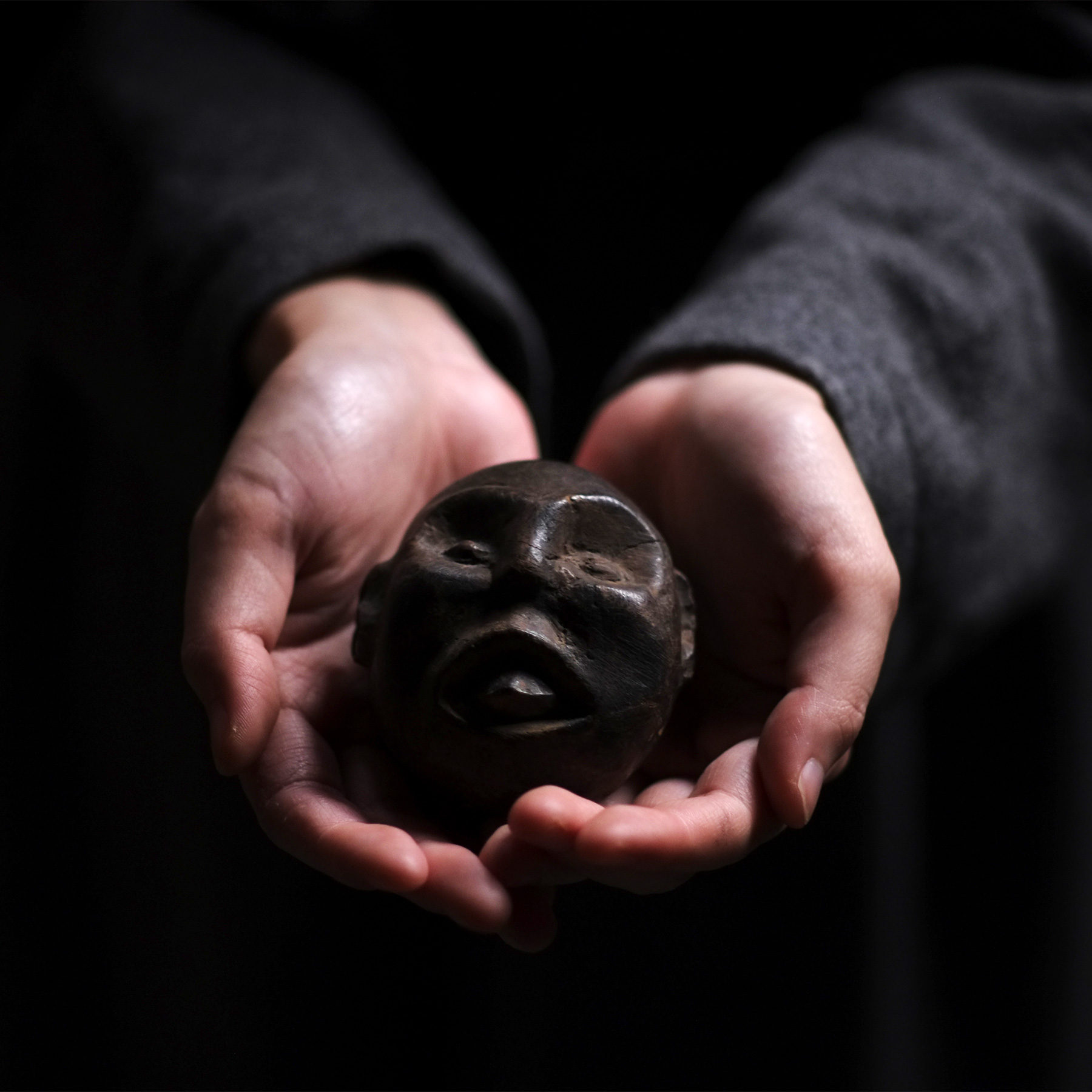 A stone with the shape of a human face, made by ethnic group around West to Central Africa. The dented eyes, the cheekbones, and the protruding tongue are awe-inspiring, but if you look carefully, you can feel the innocence of a baby.

As well as the Kali gods of India and Barong of Indonesia, sticking out the tongue is an action that demons and ghost threaten humans in many culture. However, at that time, the action also protects the living and dead people by drinking evil.

Given that fact, it would be reasonable to conclude that this stone was made as an amulet. A lizard engraved on the back, appers in many myths in the land of Africa as symbolic figure of life and death, and rebirth.

It seems that the surface is glossy because it has been touched by the owner’s hand for many years. If you put it on your palm, you will feel chilly comfort and peace of mind.