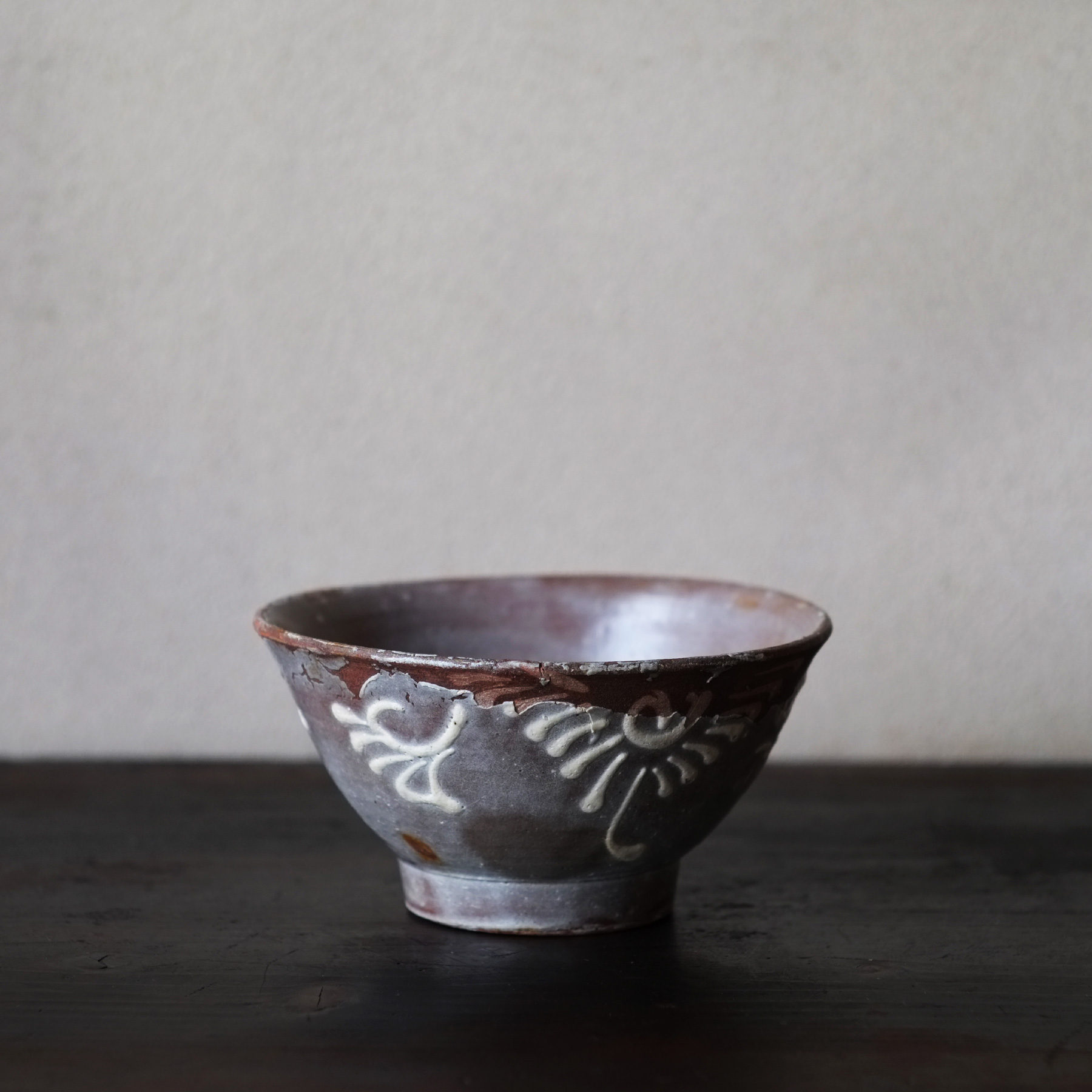 An Okinawan bowl called Makai. It is probably burned around the time of the Ryukyu Domain by Japanese Meiji government 1872 – 1879.

The Ryukyu Kingdom has been thriven in maritime trade in Southeast and East Asia for hundreds of years. But after the trade was decimated by the invasion of the Satsuma”Kagoshima” Domain, Ryukyuan royal government invited Korean potters from Satsuma and created Tsuboya-ware as part of its industrial recovery. This bowl belongs to its genealogy, and a technique called “Itchin” is used to paint while dripping glaze.

After Ryukyu Domain, Tsuboya-ware lost its momentum as a large amount of cheap and light ceramic came from mainland Japan. The sorrow of the kingdom, which was forced to yield to the big power, seemingly permeates into this decaying bowl.

The traces of Itchin painting that penetrated into the body material, visible from the place where the glaze has peeled off, are fragilely beautiful.