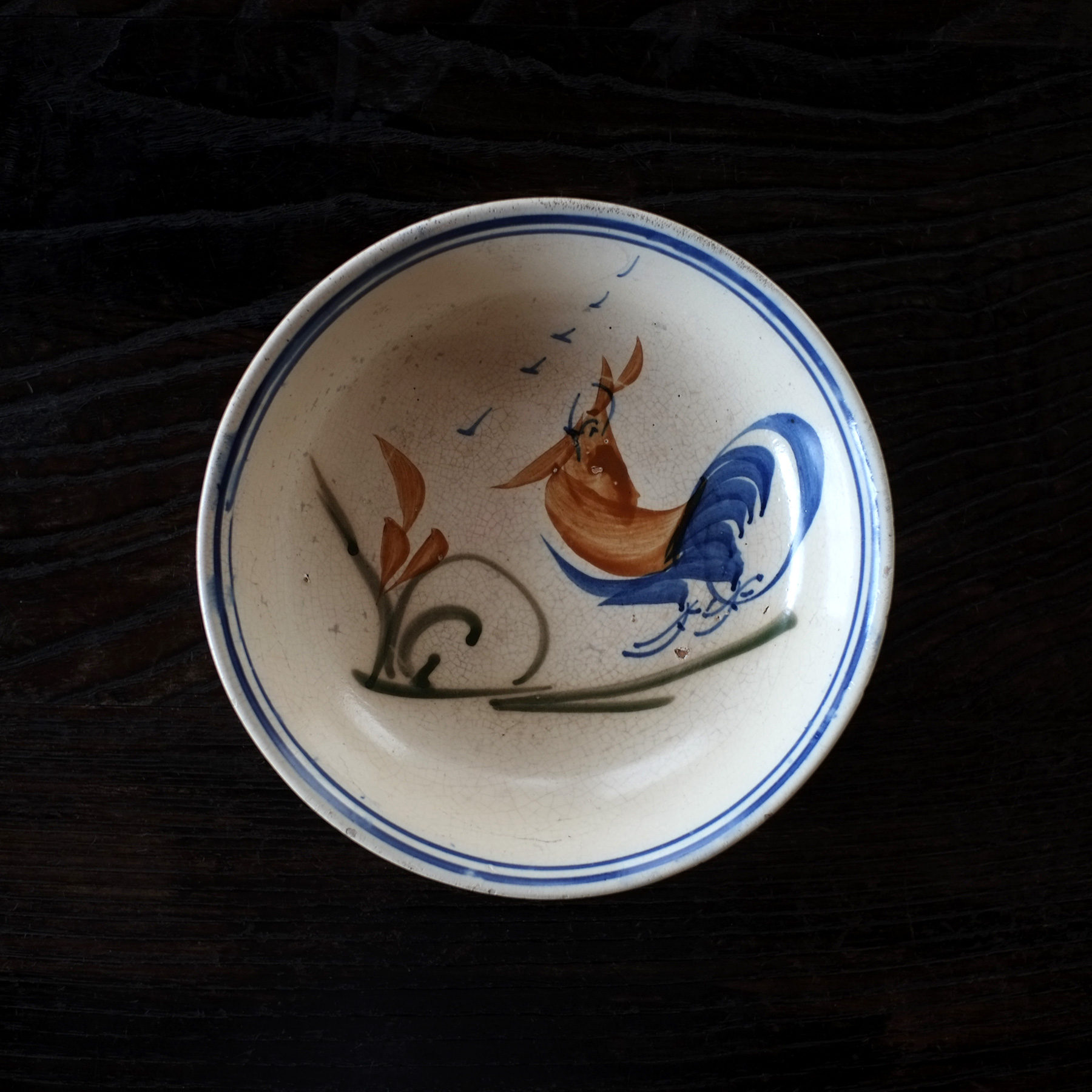 A Vietnamese Sông Bé ware bowl fired in the end of French colonial time. Sông Bé ware is a traditional pottery from Binh Duong Province, in the south of Vietnam.

The paintings on Sông Bé ware is usually familiar motifs for the people, such as rooster, fish, and flowers, dragonflies, which are associated with private kiln works in the South China. And this connection convey the particularity of south of Vietnam, where the first Khmer was living and then immigrated by South Chinese people in 17 century, and right after that Vietnamese settled down. So that the historically culture was influenced by South Chinese people and their trade goods.

Although this bowl has a seemingly harmonious ambience, the composition of three characters, the dragonfly attracted to the flowers and the rooster aiming at the insect, that gives a slight tension. And those who eat in this bowl will inevitably be included its food chain. And another imaginal interpretation is that ironically rooster as a symbol of France is eating Vietnamese nature and finally people would eat their food with this bowl. Notable facts is that this bowl was made, used and retained Vietnamese people during tumultuous century of Vietnam.

Slight peeling off of glaze at the rim of the mouth, and a very small chip inside the base. Although the bowl is a little bit distorted shape, but it is common for Sông Bé ware.