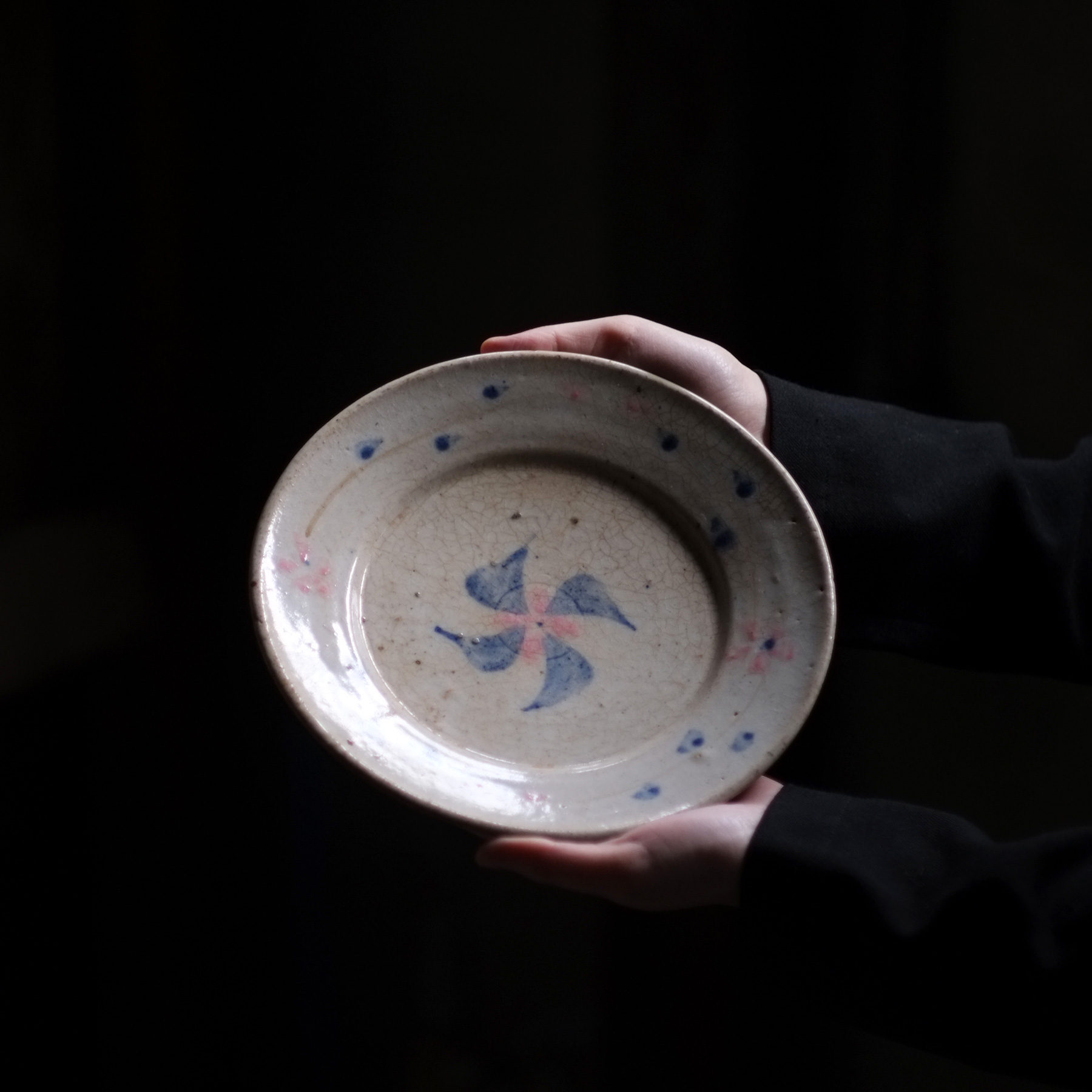 A Taiwanese dish with a floral pattern of brighten blue and pink color. The color combination would have not seen on the works of the continent China.

A corolla reminiscent of a windmill is drawn in the middle, and multiple petals are drawn on the rim side. The thinly drawn arc lines show the petals dancing, and the wind blowing in whole design.

It was fired during the Japanese rule period in the first half of the 20th century. The body is made by porcelain, it is presumed that the excellent cray from Beitou or Taoyuan is used.

The solid rice husks on the base is a common feature of private kiln works in the South China region of the Qing dynasty. It shows that the technique transmitted from the continent was also utilized during the Japanese rule.

The brown colored crackle glaze is beautiful. The chips-like damage are natural alteration during the kiln process.