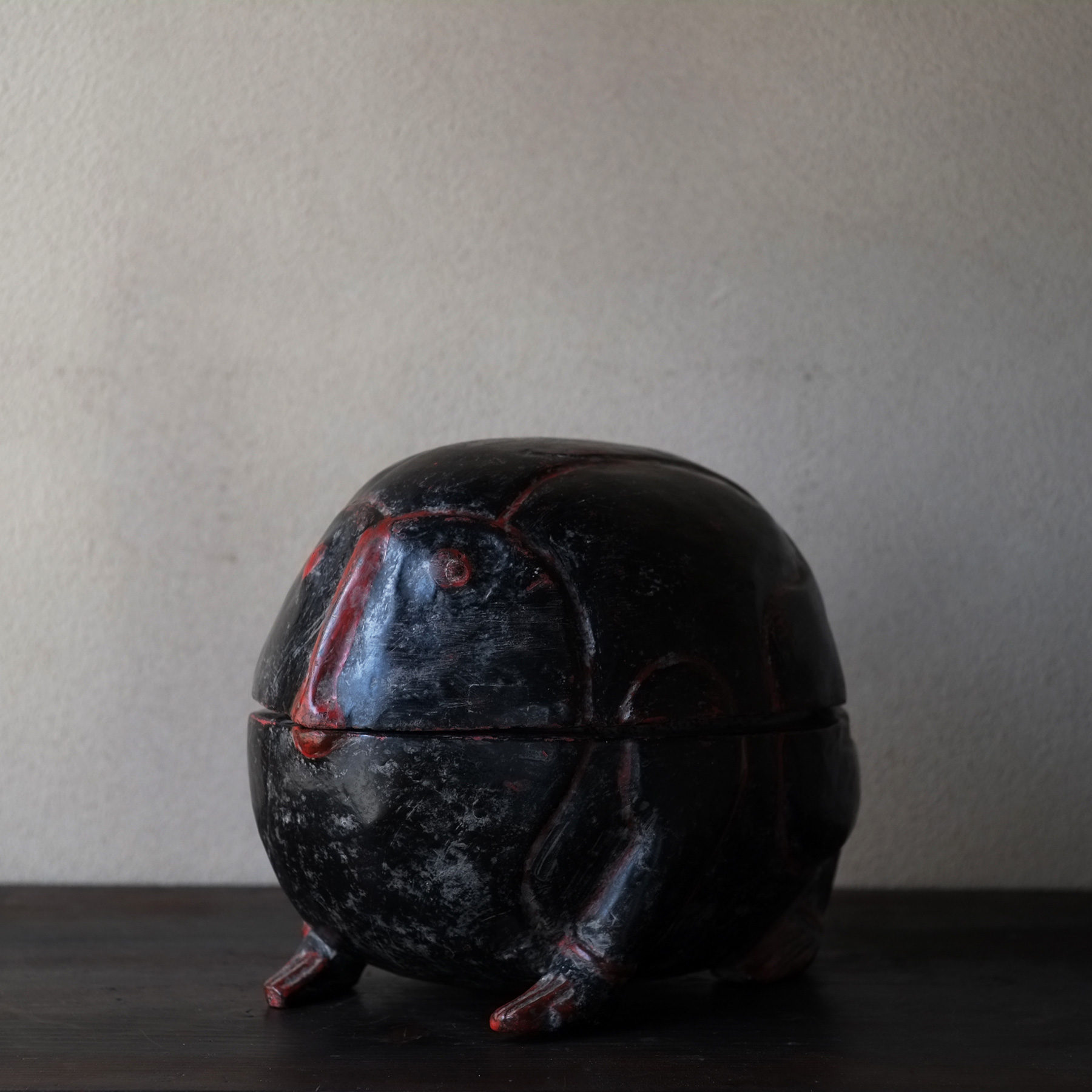 An peculiar creature shaped lacquer box that had been asleep in an old folk house in the Korean Peninsula. This bizarre animal looks like a monkey and a frog, and the top half is a lid. Although there are some lacquer works by Joseon dynasty in which animals are drawn, it is very rare that the sculptured as animals.

It is speculated that rice cakes were put in for celebrations concerning children because of the fable of monkey and frog talking about rice cakes in East Asia, but it it still speculation since there is little information due to the local obscure crafts.

Good condition with little deterioration. It will increase the gloss if it is polished. There is a crack inside but it does not go through the surface.