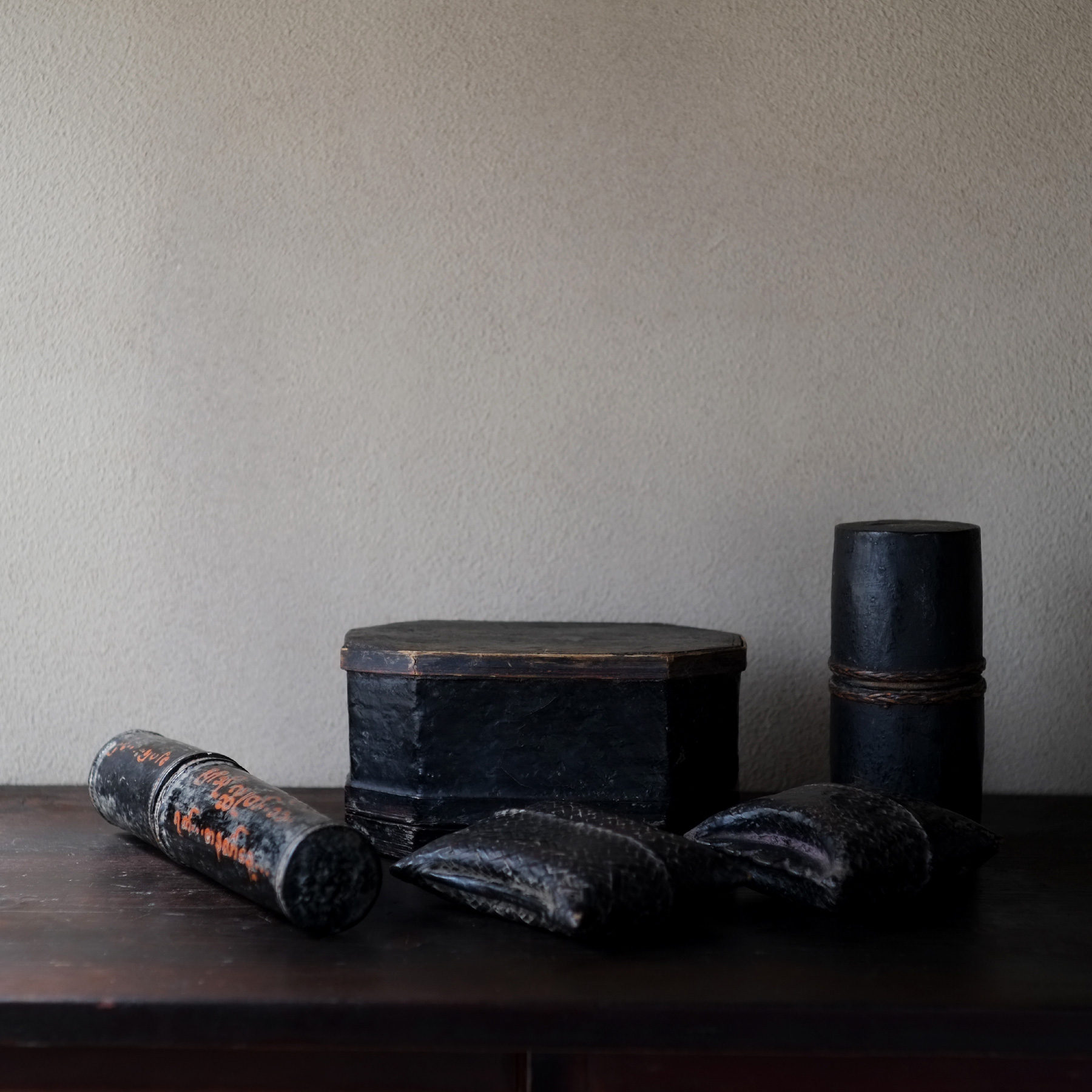 A set of lacquer wares made in Burma. All of them were probably used as containers for tobacco or herbs and those smoking utensils. The two cylinder are made by bamboo as it is, and the other three are made by use a technique called a “Rantai”, which is made with the technique of weaving bamboo and covered with ashes, muds and lacquer.

As a multi-ethnic nation, Myanmar has 135 confirmed ethnic groups, and many areas are still politically unstable. Therefore, it is extremely difficult to examine the origin and period. This items are probably made at least 100 to 150 years ago to presume by the fact that, this group of lacquer wares has transparent black lacquer and is odorless. The place of origin is unknown, but it is probably from the ethnic minority in Shan State to presume from the written characters.

Burma have such a big smoking tradition and the cigar-like leave rolled tobacco called cheroot and ’Seboleik’ in Burmese, that includes a low content of tobacco leaves, and added other leaves such as corn leaves and herbs. ‘Seboleik’ had been loved by Burmese people since ancient times, that often appears on a Burmese poetry before the British coronial time also after as it is deeply rooted in the Burmese culture.

Aging deterioration is generally seen, but there is no noticeable damage.