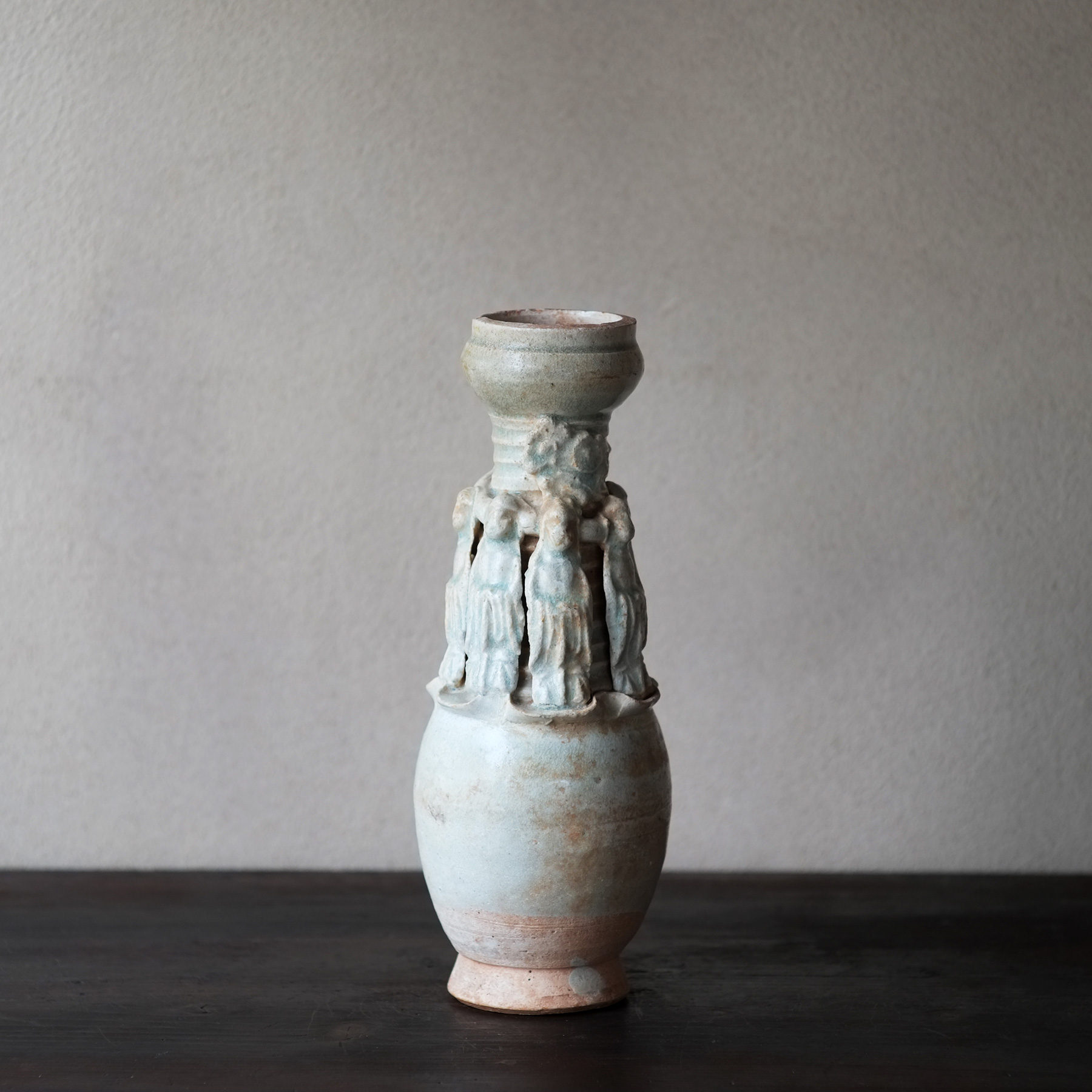 A Yue type ware bluish white porcelain vessel. It is called Sun Moon Funerary Vase, and it is regional grave goods based on the “Hunping” Spirit Bottles, and stored the scripture inside previous the Wu to Jin dynasty.

This is thought to have been made during the Southern Song Dynasty, as the design has been simplified, such as the fact that the Twelve Heavenly Generals who have been turned to the have been omitted into seven bodies. At that time, it was a period of decline of the Yue kiln, but it also corresponds to the decline of the burial culture itself.

The Sun Moon Funerary Vase is paired with Dragon and Tiger, Sun and Moon. Since this vase is with dragon design, there must be a pair of tiger vase existed.

There are some small chips, and the base is not horizontal so that slightly wobbling, but the condition is not bad in general.