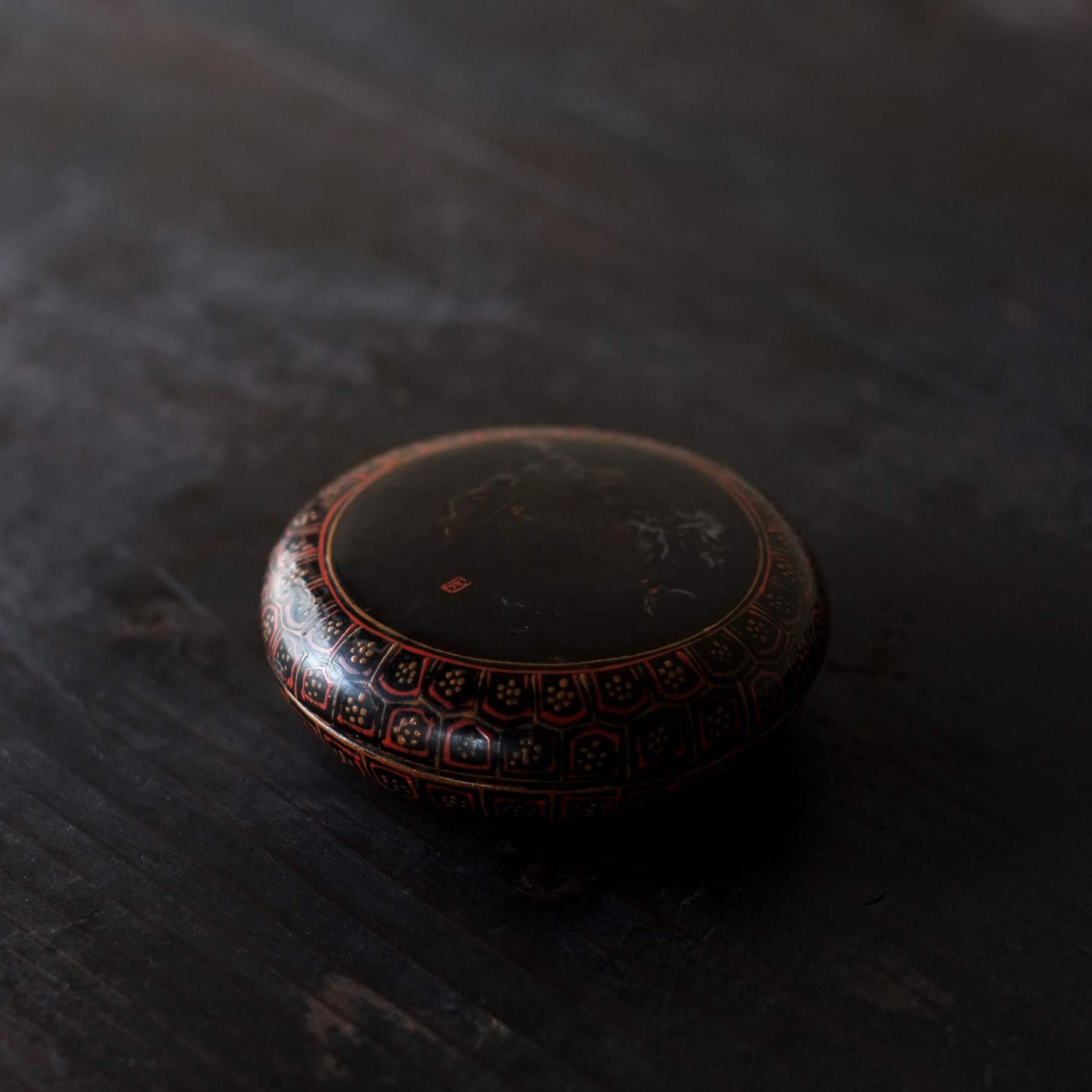 A Ryukyuan lacquerware compact. It is believed that it was made for mainland Japan immediately after the Ryukyu Disposition by the Meiji government.

The production of lacquerware began in Ryukyu Kingdom around the 14th century, and initially the production was controlled for the royal palace or as a tribute item, but privatization progressed after the Japanese rule of Ryukyu islands and shifed to Okinawa, one of the prefecture of the country.

The elaborate repetitive patterns on the edges are reminiscent of Thai and Burmese “Kinma : lackerware with fine line engraving pattern”. Various cultural artifacts have flowed into Ryukyu, where was a relay trading country, and it is quite possible that Southeast Asian lacquerwares influenced the style.

The pine tree, which is engraved in the center, probably responded the demand of mainland Japan. This work is reminiscent of the existence of Ryukyu, which does not belong to either Japan or Southeast Asia.

The lacquer has peeled off some parts, and small ships inside, a crack on the bottom but generally good condition.