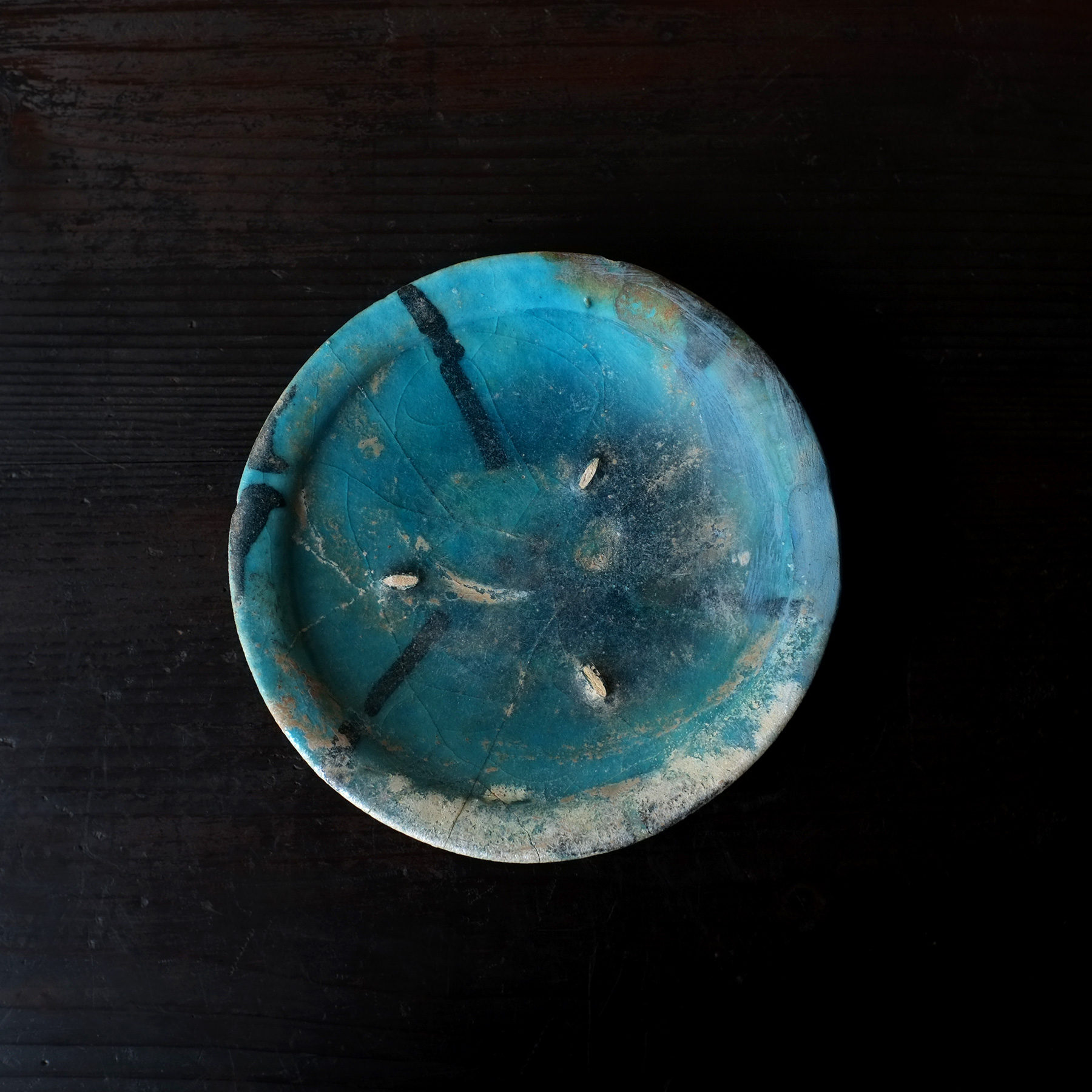 An underglaze painted pottery small dish covered with turquoise blue glaze excavated from north to centre of Iran. It seems that it was burned in Kashan in view of the clay, but the possibility that it is from Gurgan cannot be denied. It says that the ring-shaped base is the influence of Chinese Song porcelain, which was actively imported at that time.

The combination of alkaline soda blue glaze and black color painting is a design that was popular during the Seljuk dynasty. The Seljuk dynasty was quite short-lived for less than a century and a half, but it was a time when crafts made great strides under the auspices of the dynasty.

Because it was in the soil, it shows silvering just like the sunlight reflected on the surface of the lake. And it somehow reminded the Caspian Sea. There are some parts that have been recolored and spliced, but it is retained without major damage. However, since the clay is originally brittle, it may not be suitable for practical use.