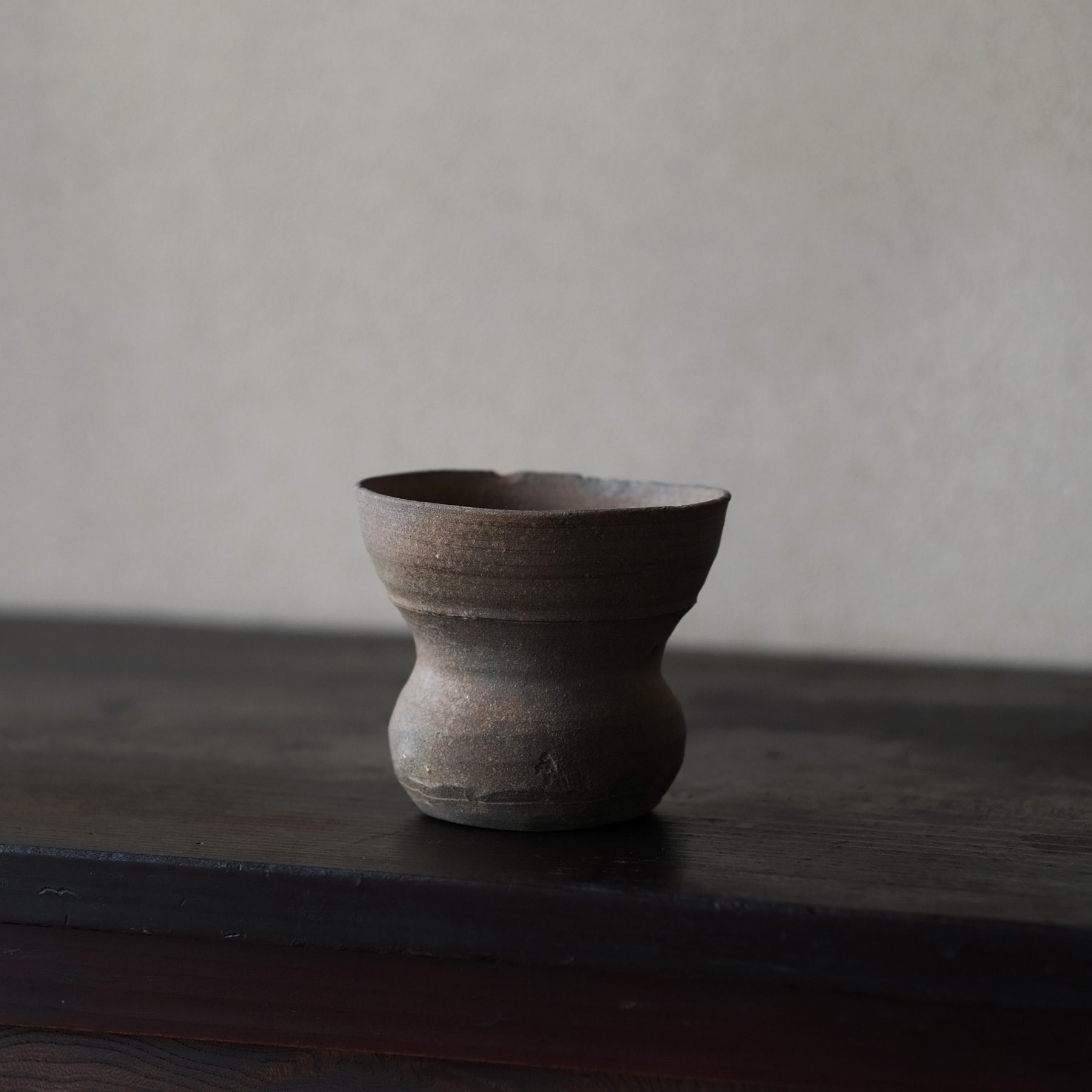 A round-bottomed stoneware crucible. It must have been burned as a ritual vessel in Gaya confederacy during the Three Kingdoms period at Korean peninsula. The sharp rise from the torso and the single line pattern around it give an extremely sophisticated impression.

Even after Gaya was merged into Silla, the potters continued to produce pottery (Silla pottery), while the potters who migrated to the Japanese archipelago made Sue pottery. That is why Sue pottery is very similar to pottery on the peninsula, and in fact, the same type of pottery as this one has been excavated in Japan.

There are some small chips on the rim, but the condition is generally good. Many of the crucible do not stand on their own because they are placed on the instrument stand, but this one has a flat bottom and stands on its own.