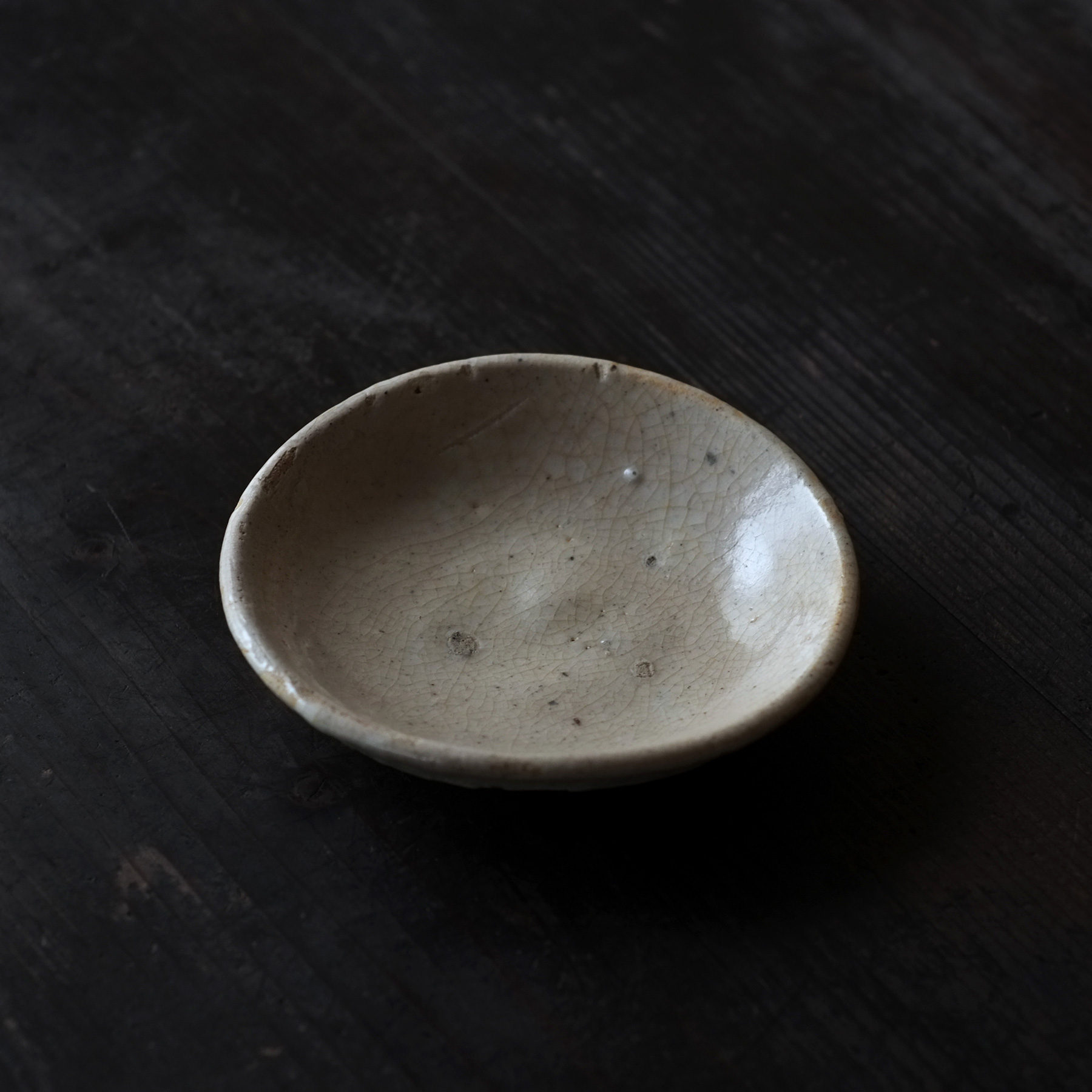 An excavated plain Shino Ware small dish covered with Shino glazes like light snowfall. This piece is an old type which was baked at the large kiln of Mino ware in the Azuchi-Momoyama period.

The Shino ware is the first white pottery in Japan and it is no doubt that it was made to be conscious of the white porcelain of China and Korea. However a style of Shino ware had been made under the influence of tea masters, and a complex feeling of frustration that porcelain could not be made in Japan, and then it evolved into a deformed ware called Oribe ware.

There is some small lack of glaze on the rim and a kiln scratch on the back, but there are no notable defects. Many of Shino’s small dishes are excavated with cracks or chips, and it is rare that they are in such good condition.