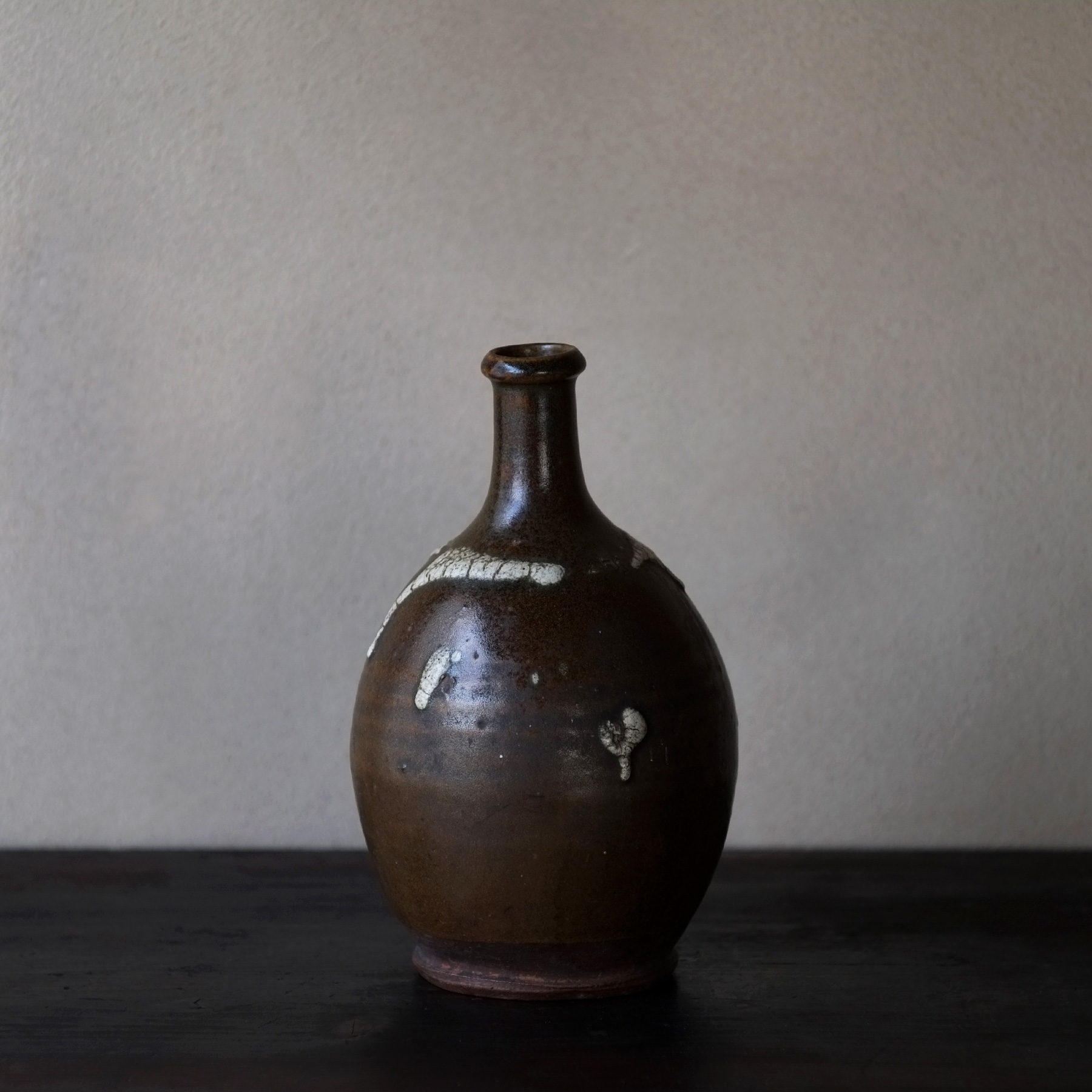 A sake bottle (tokkuri) of Nyudo ware, which is one of Shinshu ceramics (wares made in today’s Nagano prefecture) along with Matsushiro ware and Seba ware and others. Since it has a flat bottom, it seems that it was baked in the early Meiji era. Many of them are streaked glazes with straw ash glaze, but this is decorated with slip-trailed decoration called “Itchin”.

It is said that Goemon Tanaka, who learned pottery techniques from Tomizo Kimura of Asama-ware ceramist, opened the kiln in 1859 at the behest of the feudal lord Suwa Tadamasa. After that, a wide variety of pottery was made such as, various jars, bowls, sake bottles, vases, etc. but the kiln was abandoned in 1920.

Probably because of its roots of producing gunpowder utensils, its simple and robustness stands out. It is a reliable construction that can be easily imagined that it supported the lives of ordinary people in Shinshu as high-quality daily general goods until the influx of cheap potteries from the Tokai region (Seto and Mino ceramics) due to the opening of the former Japanese National Railways. Now the number of Nyudo wares has decreased, and it remains only in the old house.

There are no notable defects and the condition is good. It is wonderfully enjoyrable a variety of surface changes, the rough body in spots like skin of grapefruits, because of low fired.