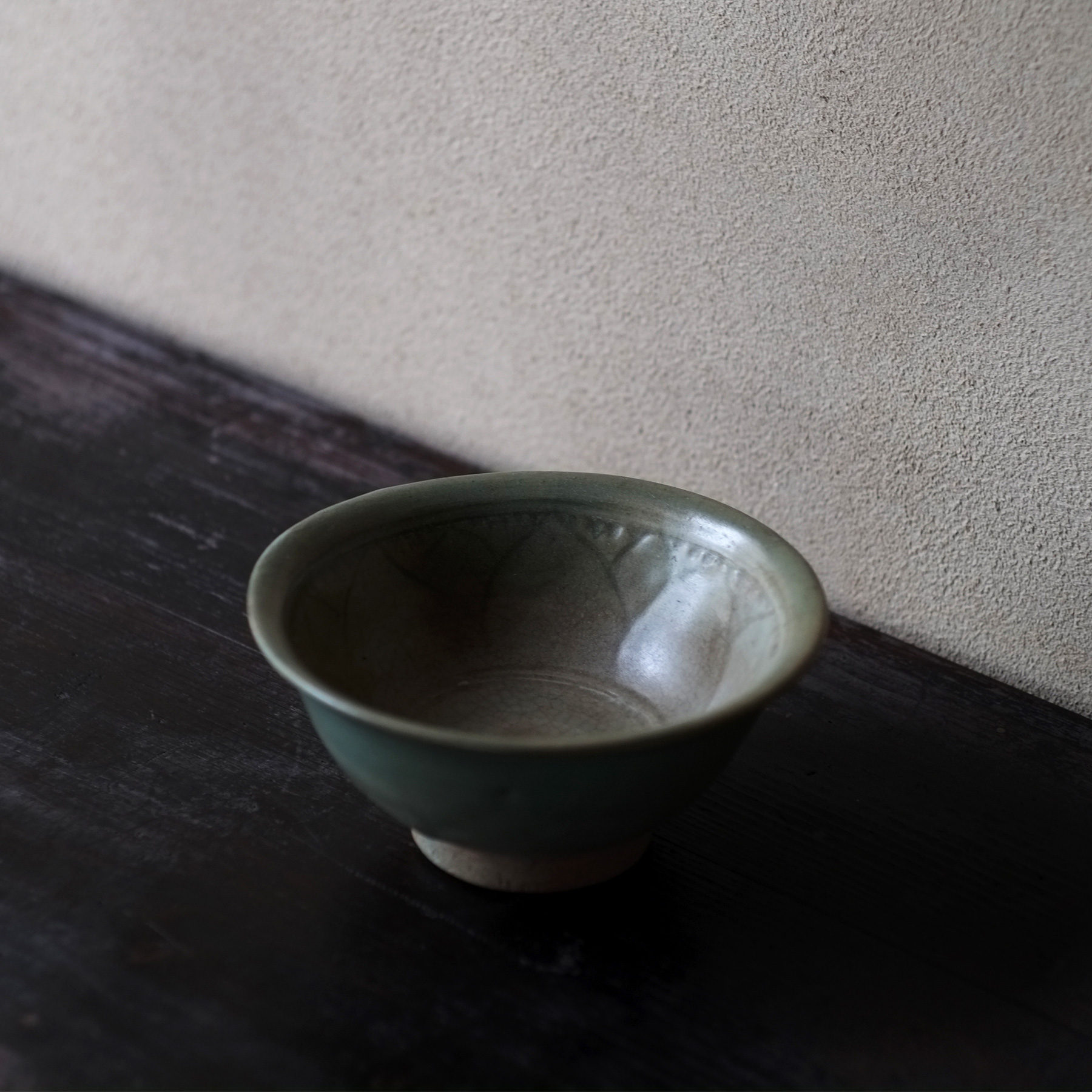 A celadon bowl baked in a Sawankhalok kiln in Thailand. The lotus crest engraved in a curvy bowl is rich in three-dimension, just like a single lotus blooming in the swamps of Thailand.

In Thailand, iron painting pottery was developed in advance by inviting a potter from Cizhou ware. Celadon began a little later around the 14th century. It is presumed that the Longquan celadon technique transmitted into Thai potters by the migration of people from the South China region, caused by the invasion of the Yuan dynasty. However, the work was not direct line from the Longquan celadon, so that it is assumed that the style was quickly localize. This bowl may rise the fundamental question of what is like the nation and what is like the ethnic.

There is one line on the rim, but it does not go through the back. Due to its depth, it is ideal for matcha bowls.