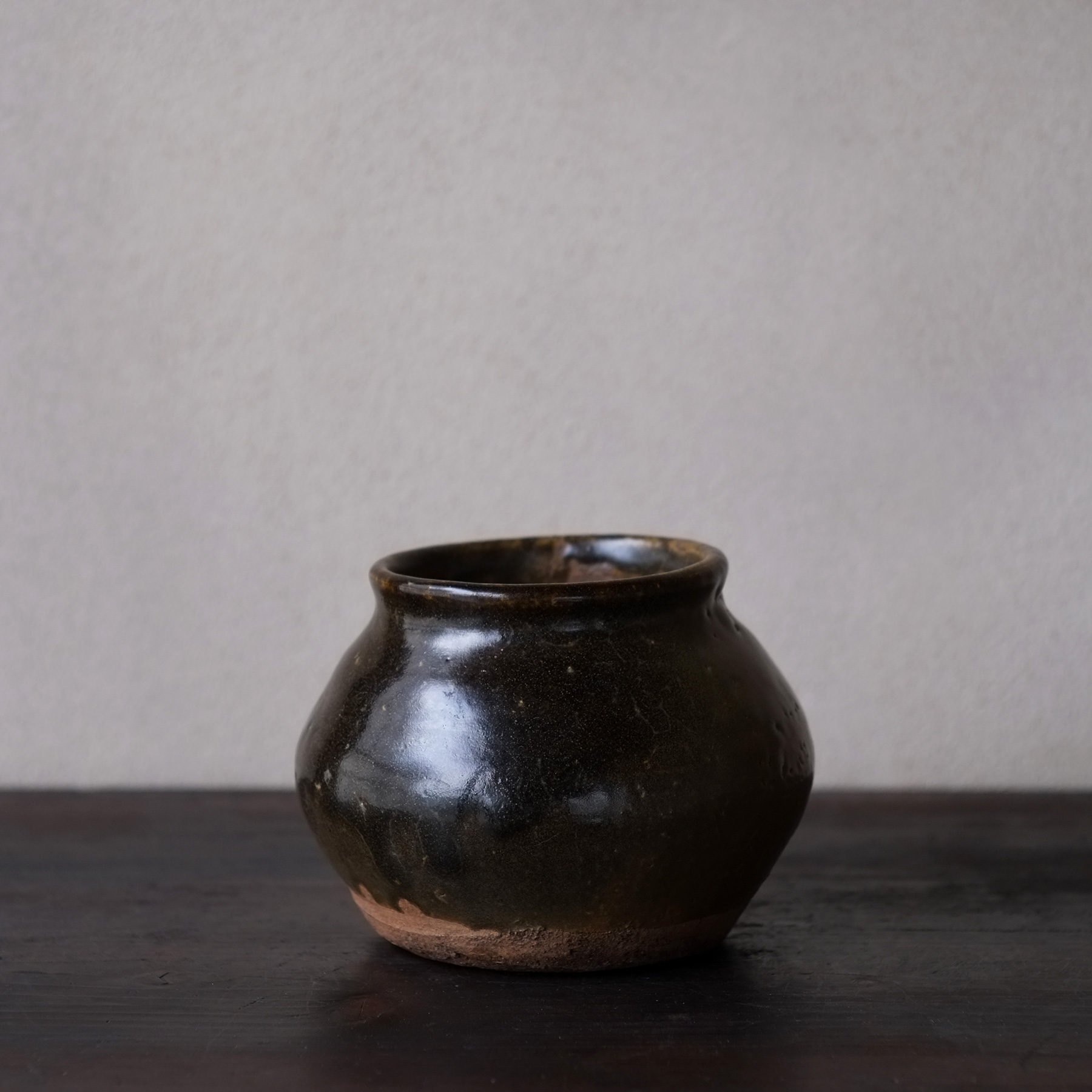 A jar that would have been baked in the early Joseon dynasty era. It is a type of jar called “Shioge” in Japan, which is shaped like an abacus ball. Originally, it was containers for salt and miso, but it was prized by Japanese tea masters as bowls used in a severe cold time because of its narrow mouth shape and excellent heat retention.

Most of these kinds of jars have narrow bases, but this one is wide and has a flat bottom with a sitting waist. It can be seen that the crisp reddish-brown clay is reminiscent of Hoeryong and Myongchon wares in North Korea, and has a different genealogy from Goryeo celadon and Buncheong.

The fact that two-thirds of the whole is greenish brown is probably due to the firing position. Originally, it presumed that it was aimed at black pottery, but the gradation of light and darkness reveal the mystique of yin and yang that occurred in Taiji, creating a new landscape.