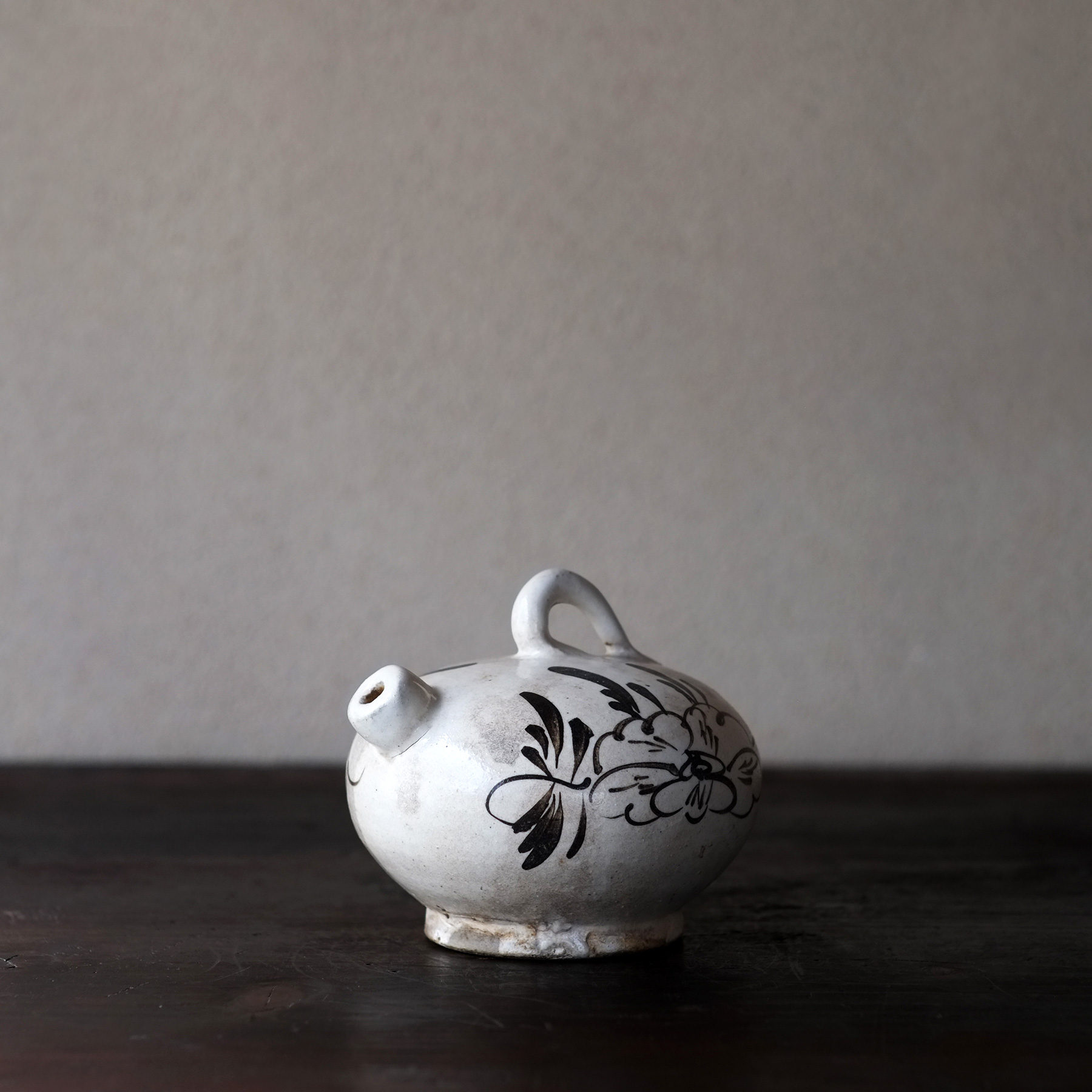 An earthenware water dropper made with a peony drawn with a sharp brush stroke. It was excavated on the Korean Peninsula, but it was probably fired in one of Cizhou ware kiln.

In Korea, the works of Cizhou ware have been excavated in many ancient tombs built during the Goryeo period. It is believed that it was brought about by trade when the peninsula was a client state of the Yuan dynasty, and it had been very influential in Buncheong during the Joseon dynasty.

The title is water dropper, but since there is no hole at the top, water cannot be taken in and out, so it cannot be said to be a water dropper accurately. It’s not practical, but it’s the perfect piece for ornament and decoration.