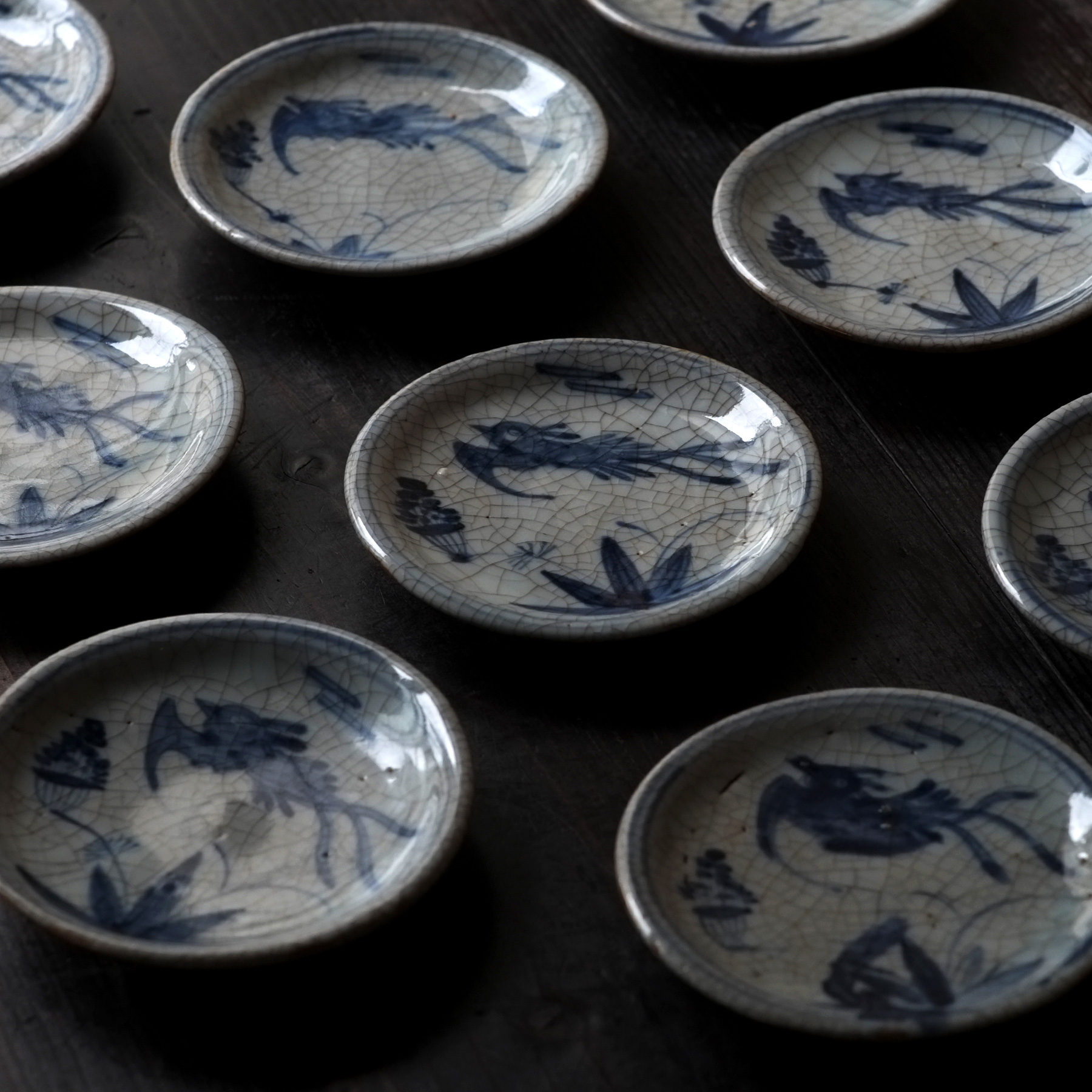 A small dishes baked in the Nakano kiln on Hirado Island, Nagasaki in the early Edo period. It is a style that exudes a longing for Jingdezhen, which is typical of Imari ware at that time. This pieces were made in Nakano kiln, one of the marked kiln in Hizen region, features the modest design of small winged phoenix with calm blue pigments.

In 1598, Matsuura Shigenobu, the first feudal lord of the Hirado domain, who brought potters from Ungcheon, west coast of Korean peninsula, during invasion of Korea and forced them to baked pottery in the Nakano district (currently Yamanaka-cho, Hirado City). It is said that’s how the Nakano kiln began.

Nakano ware is classified as early Imari, but they are characterized by the thick grayish glaze and the exquisiteness crackle glaze that are not found in other kilns. Although it is a pottery, it has a stiff and sophisticated style, which is like right before the dawn of the birth of porcelain in Japan.

Except for the natural alteration during the kiln process, none of the each pieces have chips or lines, and the condition was extremely good. It is an almost unused heritage item, and retains a very graceful surface.
The Nakano kiln has been abandoned in just 50 years, and there are very few existing works.