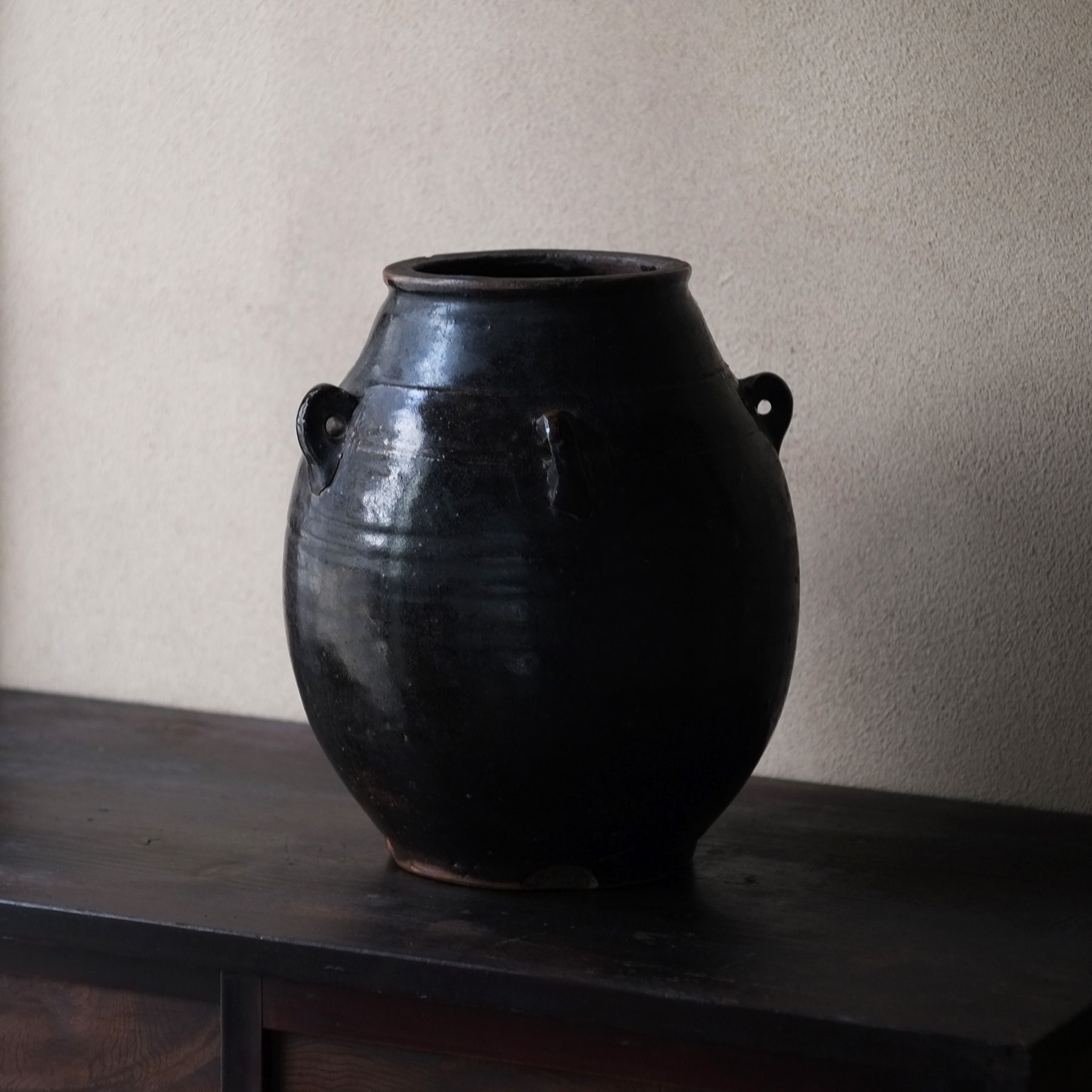 A Ryukyuan traditional container jar called ‘Andagami’, which was used to store pork fat in current Okinawa prefecture in Japan. ‘Anda’ means fat and ‘Kami’ means jar in Ryukyuan. It was hanged with palm tree loop into four handles, and put in a well-ventilated place in the kitchen to prevent from rot and pests.

In Ryukyu islands, where was not affected by the contraindications to eating meat by Buddhism, an unique food culture different from the mainland of Japan has been nurtured, such as slaughtering pig and eating together at ritual and festival. However, it was not until after the war that ordinary people began to eat meat on a daily, and until then, they had simple food mainly yam and seafood. In the subtropical Ryukyu, which is unsuitable for food preservation, it can be seen that Andagami played an important role in the hygienic storage of precious pork fat. In addition, the remain of the infant was excavated in the old tomb of Naha, so it tells that it was also used as an urn. Andagami must have been to nestle close to death as well as life.

It is said that most of Kami (jar), including Misugami (large water jar), was baked in Tsuboya, Naha. It is said that the founding of the Tsuboya ware, Korean potters were involved and it is probably because of the fact that Kami’s appearance overlaps with the remnants of Korean Black glaze ware and Onggi.

There is one chip on the base, but there are no other defects that should be noted. As most of them are brown, such black piece is so rare and valuable.