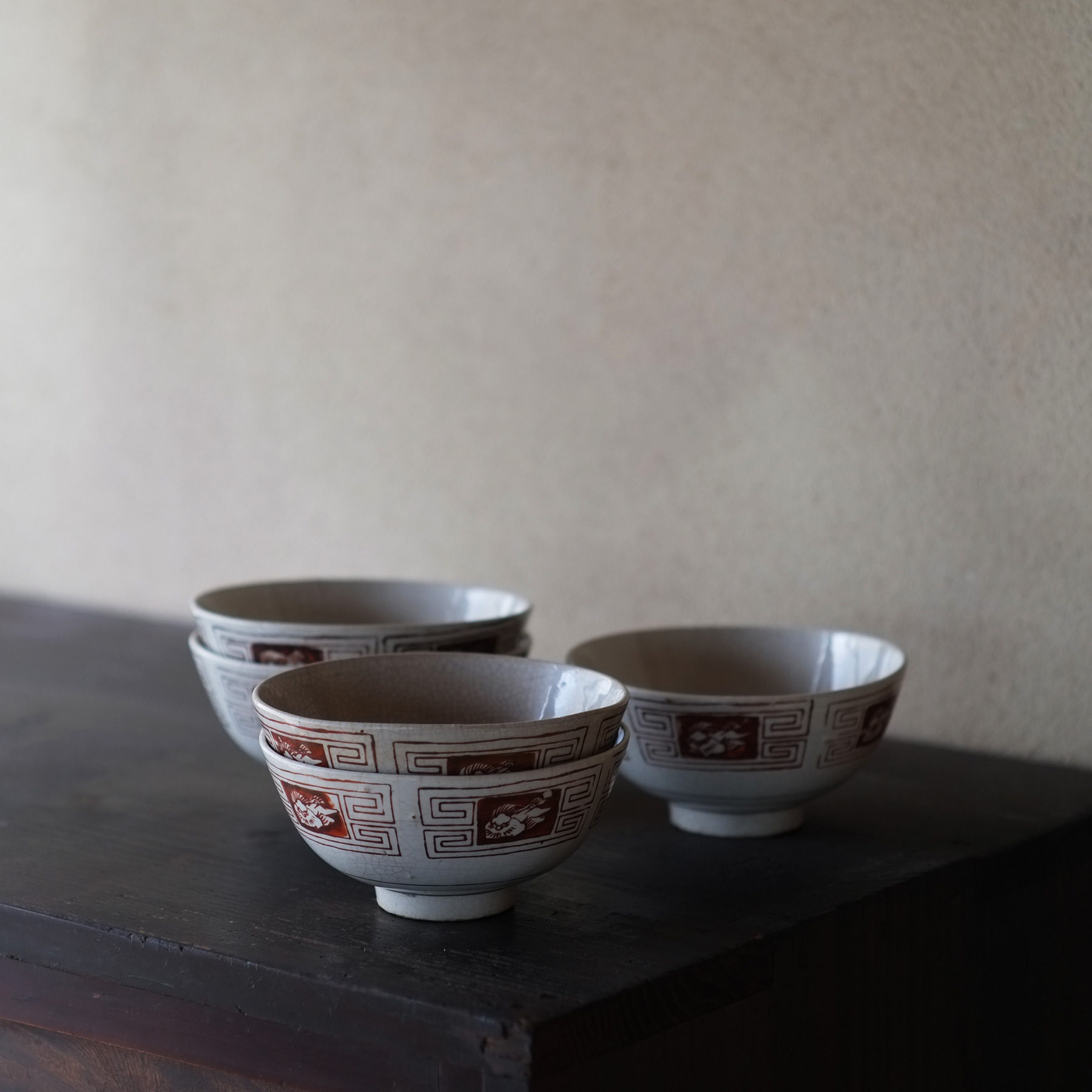 Ceramics produced in Fujian and Guangdong were once widespread in Taiwan, but when the rule of Japan began at the end of the 19th century, the ceramic industry rapidly developed due to Japanese capital investment and technical assistance, and Taiwan manufactured products expanded their market share.

At first, it seemed that people liked the landscape and flora and fauna that were familiar to them, but when the number of immigrants from the continent increased after Japanese rule ended, it gradually changed to a continental mythological style.

This tea bowl, which depicts a lion-like creature, probably made after the age of Japanese rule. It is believed that this was a work from the 1950s to the 1970s when the technique reached its peak due to the use of stamps (probably made of rubber) and the thin and symmetrical shape of the vessel wall.

It would tell a delay of the producing technique about 100 years, compared to continent China and Japan, desipte in the era when bad mass-produced products swept the world, it makes us amazed that such inocent products were carefully handmade.

Good condition non of cracks or chips. Set of 5.