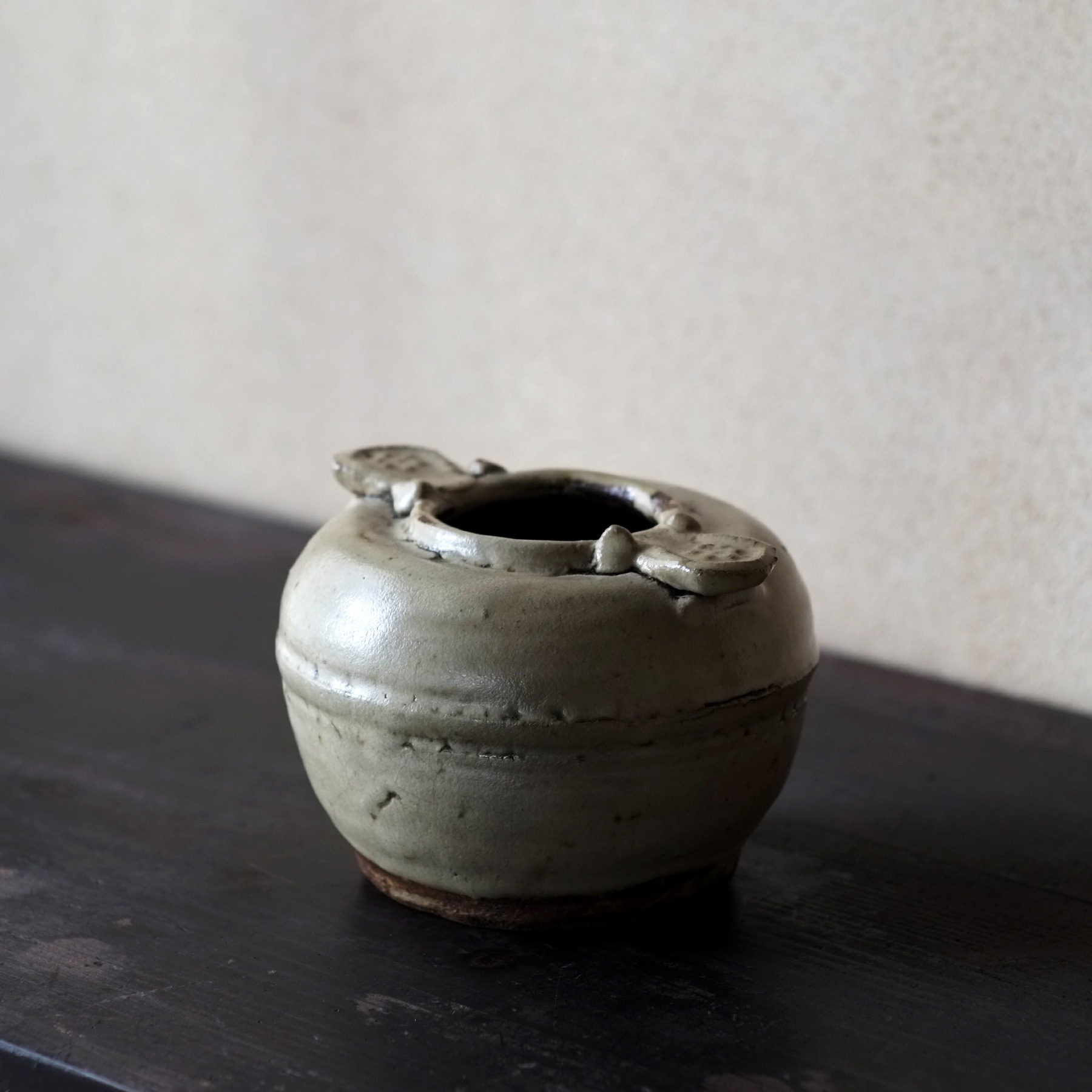 Burmese white glaze jar with pearly opaque white glaze on rough reddish brown cray. The particular shaped handles and plum crest-like dot patterns are reminiscent of Chinese ceramic design, but the dot pattern itself is a design that is often used in Mataban jars.

The history of Myanmar’s ceramics has long been unclear due to the effects of continued serious ethnic conflicts. Therefore, it has been misunderstood that the Martaban jars were baked in China, Thailand or Vietnam and were excavated in Martaban (Moke Ta Ma) in the current state of Mon State, Myanmar, which is a transit point of trade with the Middle East. However, research has progressed in recent years, and it is being proved that it was made in Myanmar. Especially in the glaze, the difference from other areas in the region is remarkable. Burmese white glaze uses lead tin glaze, which have been introduced from the Middle East.

The Mon, who once baked ritual vessels with the Khmer people in Cambodia, later founded Hariphunchai kingdom in central and northern Thailand and laid the foundation for Sukhothai pottery. Afterwards, their resident area has been around the border with Thailand in southeastern Myanmar.

This jar may have been baked by the Mon potter who have moved west from the Khmer. And there, not only the glazed technique introduced in the Middle East, but also the influence of different regions including northern China, such as the design of the plum petal crests and the joint between upper body and lower body, are all in complete harmony. It is like the Gulf of Martaban, where multiple rivers meet and pour into the sea.