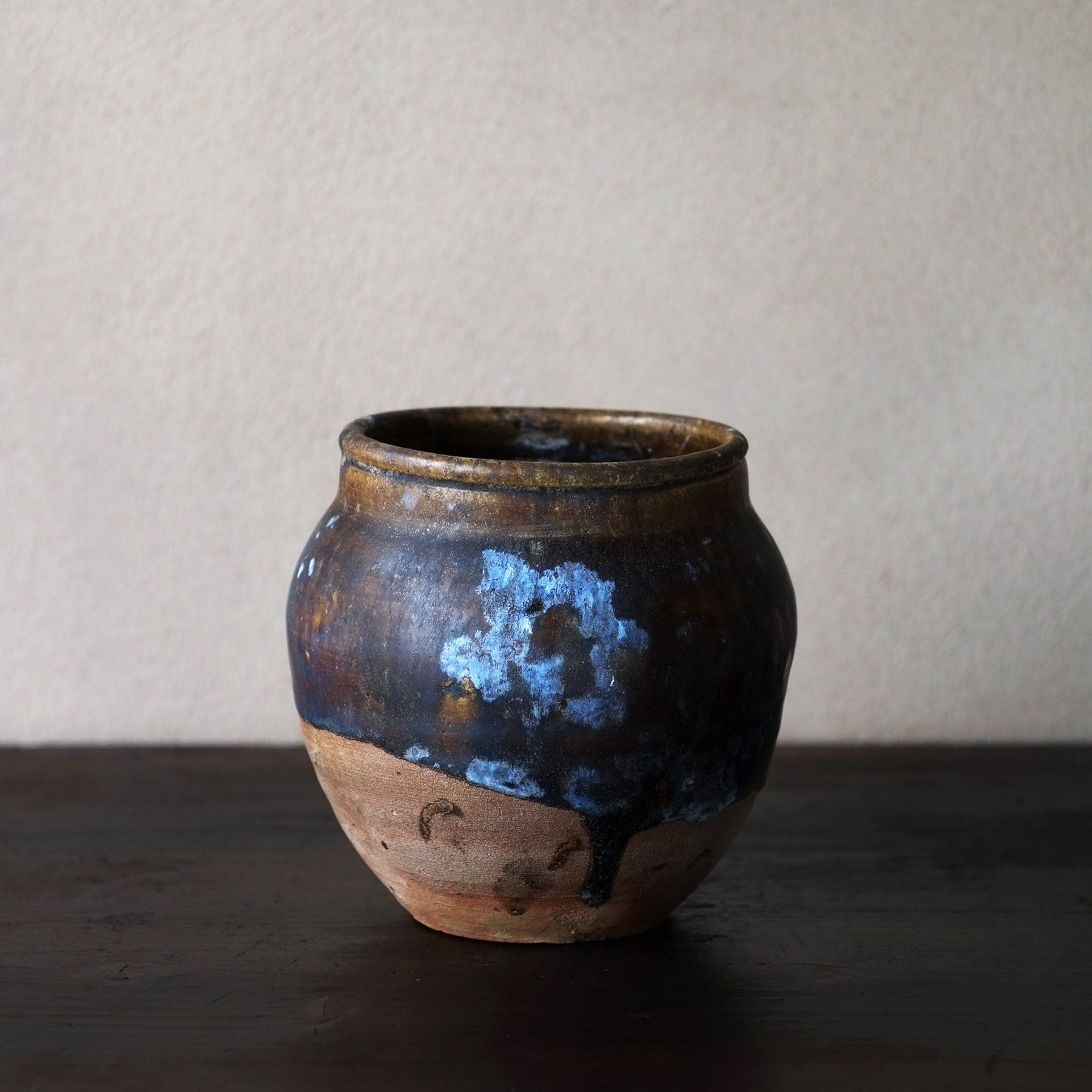 A Karatsu ware small jar of the pastel blue streaking straw ash glaze shines in a brown glaze (called Chōsen Karatsu). It is baked in Azuchi–Momoyama period (1568-1603) and it is considered as Kogaratsu. The style is reminiscent of Fujinokawachi kiln, one of the famous kilns in Karatsu, but it is probably made at Yamase kiln considering from the clay, a thread-cut mark and a crack on the bottom. This kind of jar has been often handed down as a fresh-water jar with lids for the tea ceremony, but they were originally made as daily items.

There are various theories regarding the origin of Karatsu ware, but recent excavation and research find its origin in the area surrounding Kishidake Castle, under the auspices of the Hata family, and the kilns were founded with Korean potters. There is a wide range of Karatsu ware types, but in the early days, it was mainly using straw ash glaze and called Chōsen Karatsu and Madaragaratsu. This jar is an early type in the so-called Kogaratsu, and can be said that it is a direct descent of Hoeryong Ware in the north of the Korean Peninsula.

It is roughly made even if it is made as daily items. However, it can be imagined that the moment when Hoeryong ware, which was once accomplished on the Korean Peninsula, is about to take root in a new land and is reborn to Karatsu ware absorbing its natural features. With that in mind, the straw ash glaze streaking in the centre looks like a flame ignited by Korean potters in the land of Karatsu.

There is a crack at the bottom that arising during the kiln process, but they are filled with lacquer and there is no water leakage.