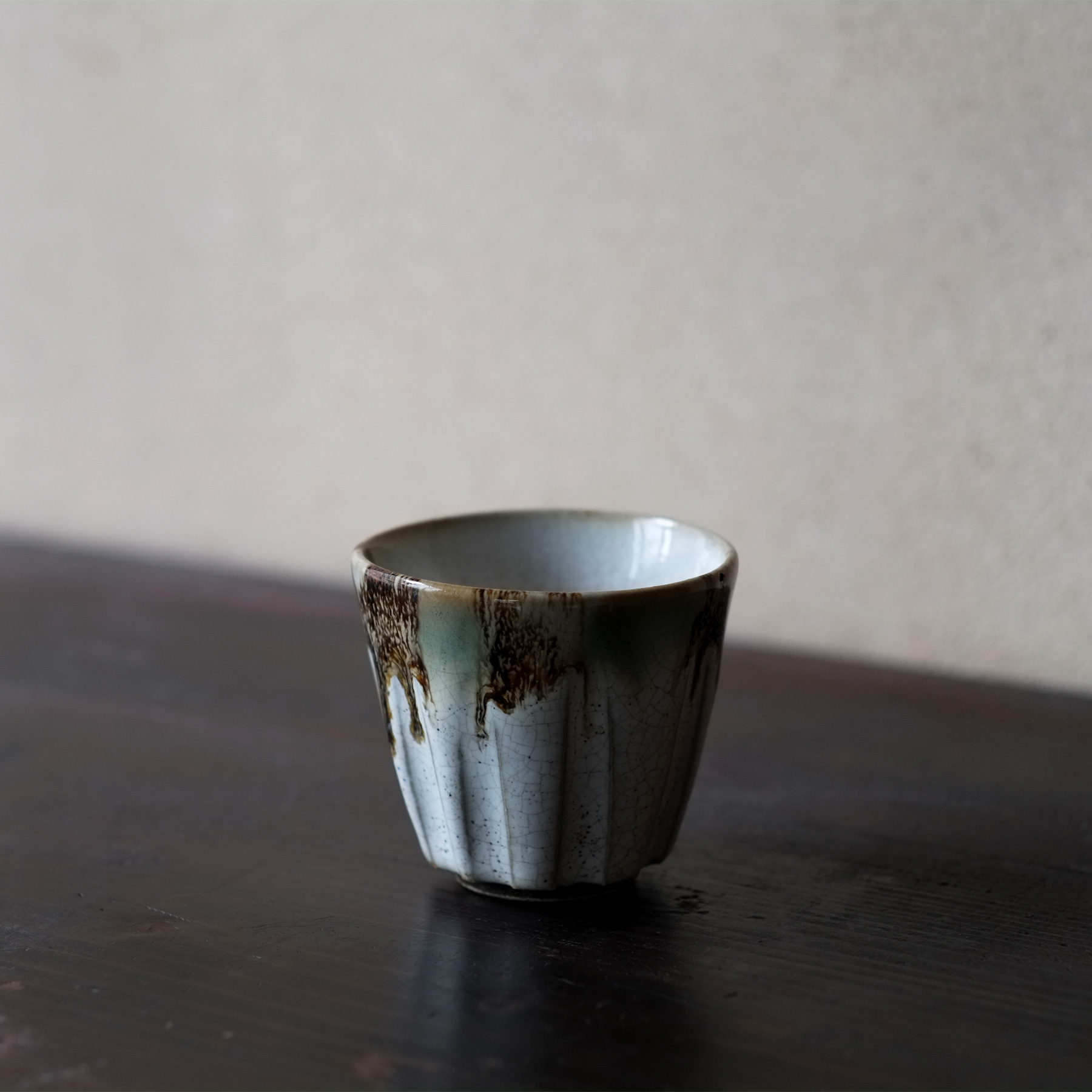 The beginning of Hagi-yaki was when Mori Terumoto, the local feudal lord, and founded the kiln by the potters brought back from the Joseon Dynasty when he played the The Japanese invasions of Korea of 1592–1598. It was originally called Matsumoto-yaki named after Matsumoto-mura, where the kiln is located, but in 1653, the third son of Lee Kei, Gorozaemon Kurasaki, asked the load for independence and a branch kiln was opened in Fukawa Sonose (currently Fukawayumoto, Nagato City) located in the west of Matsumoto-mura. It was not until the Meiji era that these two kilns came to be called “Hagi ware”.

The bottom of the base has a smooth feel, indicating it has been prizing for many years. There are no notable defects other than tiny kiln scratches and the condition is good.