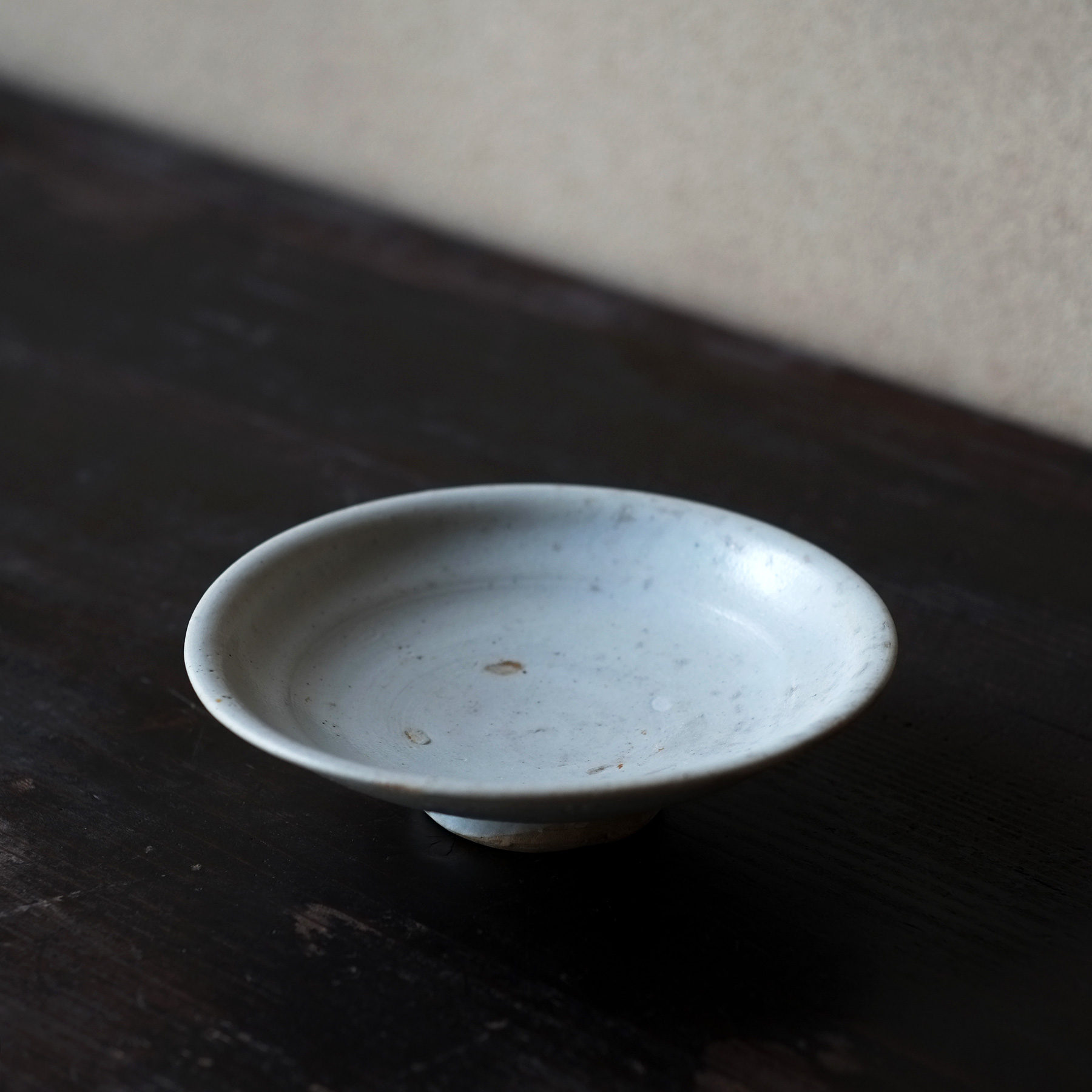 A white porcelain flat cup fired in a private kiln during the Joseon era. It is a so-called “Katade-type”, and the following points is the worthy of note that ‘amamori’ (literally rain leaks, refers to the fact that the bowl was fired only gently and water can seep into the body of the work through the bubbles in the glaze) and red spots on the back side. It seems to have been made right after the transition from Buncheong to white porcelain, but it is glazed up on the side of the base so that it may go down to the 18th century.

In the Joseon dynasty, there is a story that a persecuted Buddhist monk became a potter and making white porcelain. Although it is difficult to know the actual fact, but in view of the social situation at that time, it is no wonder that such a person had life like that. This cleanness white reminds us of the hardships of the monks.

Although it is an excavated item, it is in good condition with no notable defects.