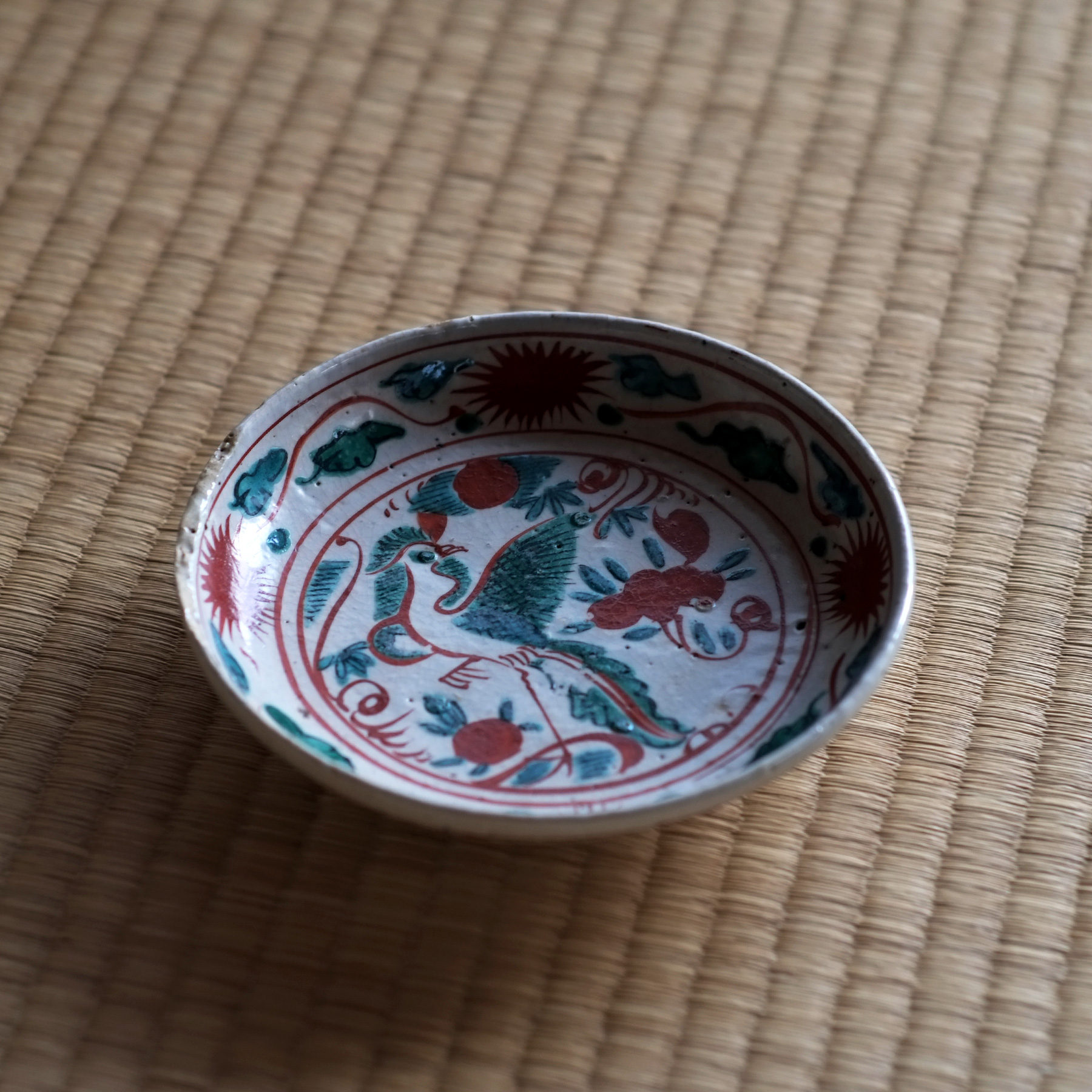 Inuyama-ware dish with a phoenix design in overglaze red and green enamel decoration. It is a appropriation of the so-called “Gosu-Akae”(Chinese overglaze enamel ware) produced in South China at the end of the Ming dynasty.

The history of Inuyama ware is that was founded in 1751-1763 by Mino ware’s potters but the incipient fire was ended by the closure of the kiln in 1781, and then it revived for 30 years later in 1810. It is said that this colored enamel style was started by Sobee Matsubara in 1831, who was invited to the kiln, but no one knows how he learned the technique of overglaze enamel in Owari (Aichi pref.) at that moment where there was no demand for this style of ceramic.

While faithfully appropriating the design of Ming dynasty overglaze enamel, it is far from the original because the cray in the area is a soft earthenware cray not kaolinate porcelain. However, curiously the prototype of Chinese overglaze enamel ware was born in the northern part of China in the 13 century, as also an earthenware.

There is a tiny chip on the rim, but it is covered with a glaze. Although some glaze peeling is seen, it can be said that the condition is generally good. Chinese overglaze enamel ware dished are not suitable for everyday use with its delicate and thin made, but this dish is good for daily use with its tough and thick made.