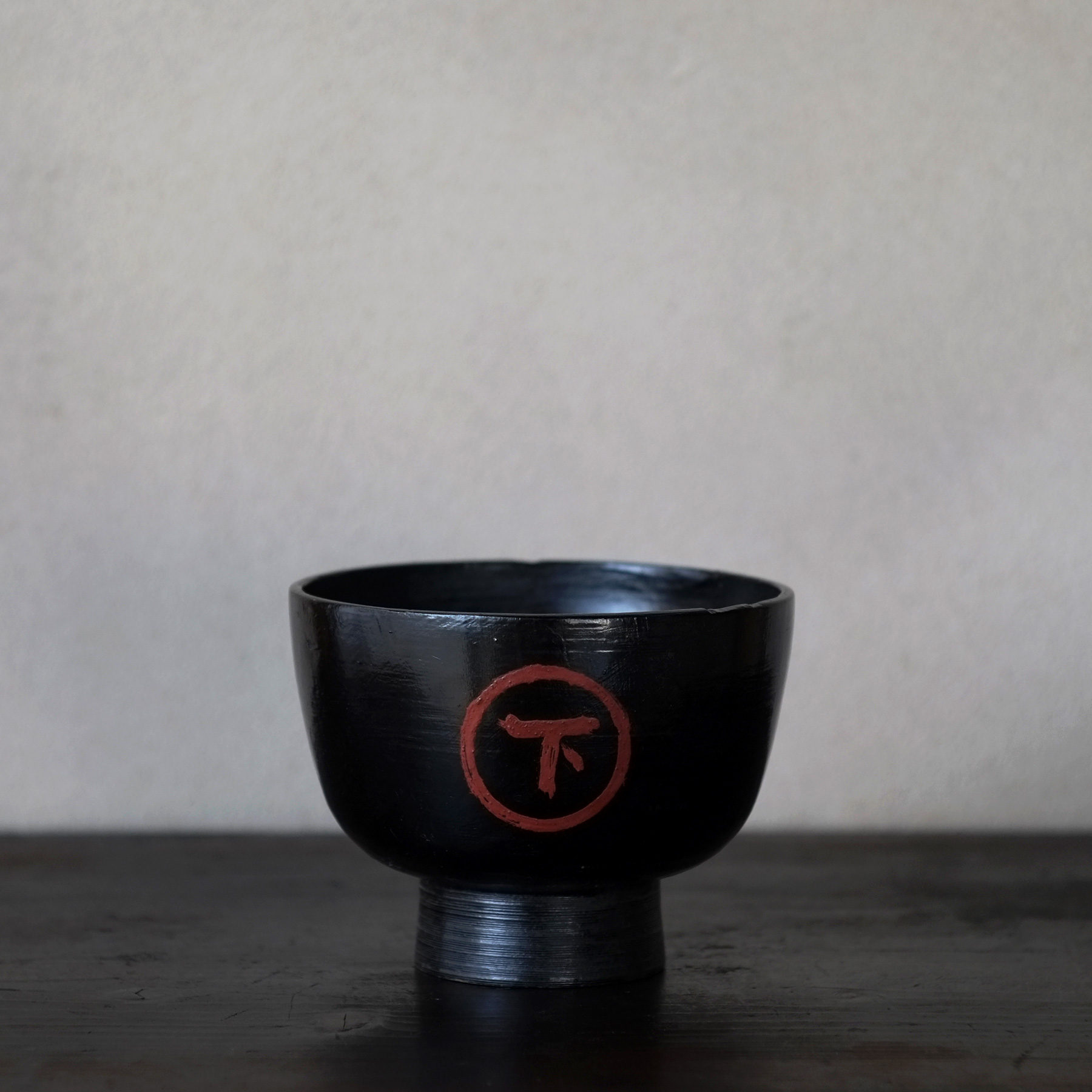 A lacquer bowl that is used in the 17th century in the former Yanagida Village, the Goroku region, Noto (Ishikawa pref.). It is known as the Goroku-wan, which is the prototype of Wajima-nuri. As the times went down, the specialization developed, but in the early days, the woodworkers consistently produced from wood carving to lacquering.

Since Goroku-wan was putted directly on the floor, the base was made to be longer. The body was made of hard and rough zelkova wood, which was roughly carved with a hatchet and then molded with a potter’s wheel. Many of them are matte lacquers and have brush marks.

This relatively large piece seems to have been made from the end of the Edo period to the Meiji era. Almost no carving marks by the hatchet can be seen, suggesting an improvement in the potter’s wheel technique. The letter “下”(means bottom or low) written on the outside of the bowl would indicate the division of the village in which this bowl was housed.

This bowl, created by the villagers for themselves, conveys the state of handicrafts before industrialization. The condition is extremely good because it have been slept in the warehouse as almost unused.