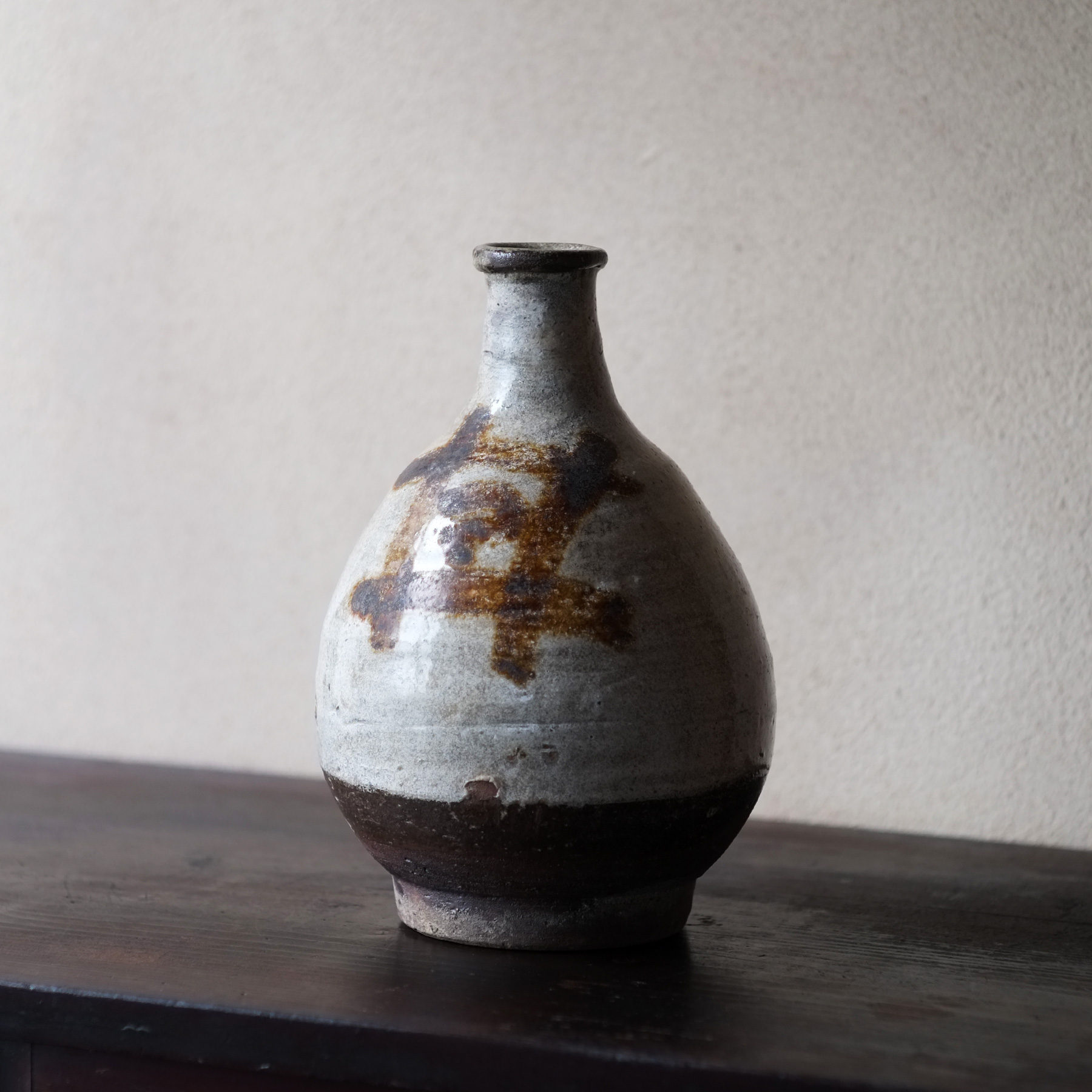 A sake bottle (Tokkuri or Kayoi-tokkuri)  of Karatsu ware that is reminiscent of the Korean Gyeryongsan ware. It must have been fired in the Yumino kiln, which is categorized as Ko-Takeo (a type of Karatsu ware). The abstracted Yagomon(a design of the family name) is inventively drawn in a large size by iron glaze on engobe, that makes this bottle different from ordinal Kayoi-tokkuri (liquor shop owned lending sake bottle) which is mostly artless.

The Yumino kiln, which opened in the early Edo period, has a seemingly rustic taste, but features a multi-layered design that incorporates the Chinese Sancai technique and the coarse white porcelain of the Joseon Dynasty. And they made various daily items such as sake bottles, large jars, dishes and so on. This sake bottle was presumed to have been made in the middle of the Edo period (1681-1780), also a revival of the design of Buncheong ware, which disappeared in the early 16th century, for instance, white slip technique, iron glaze paintings and brush strokes pattern. By those characteristics, the Yumino kiln has its uniqueness and it is different genealogy from other Karatsu ware kilns.

Although there are some small defects arising during the kiln process and peeling of glazes, there are no notable damage. Yumino type is often severely deteriorated, but it is in very good condition.