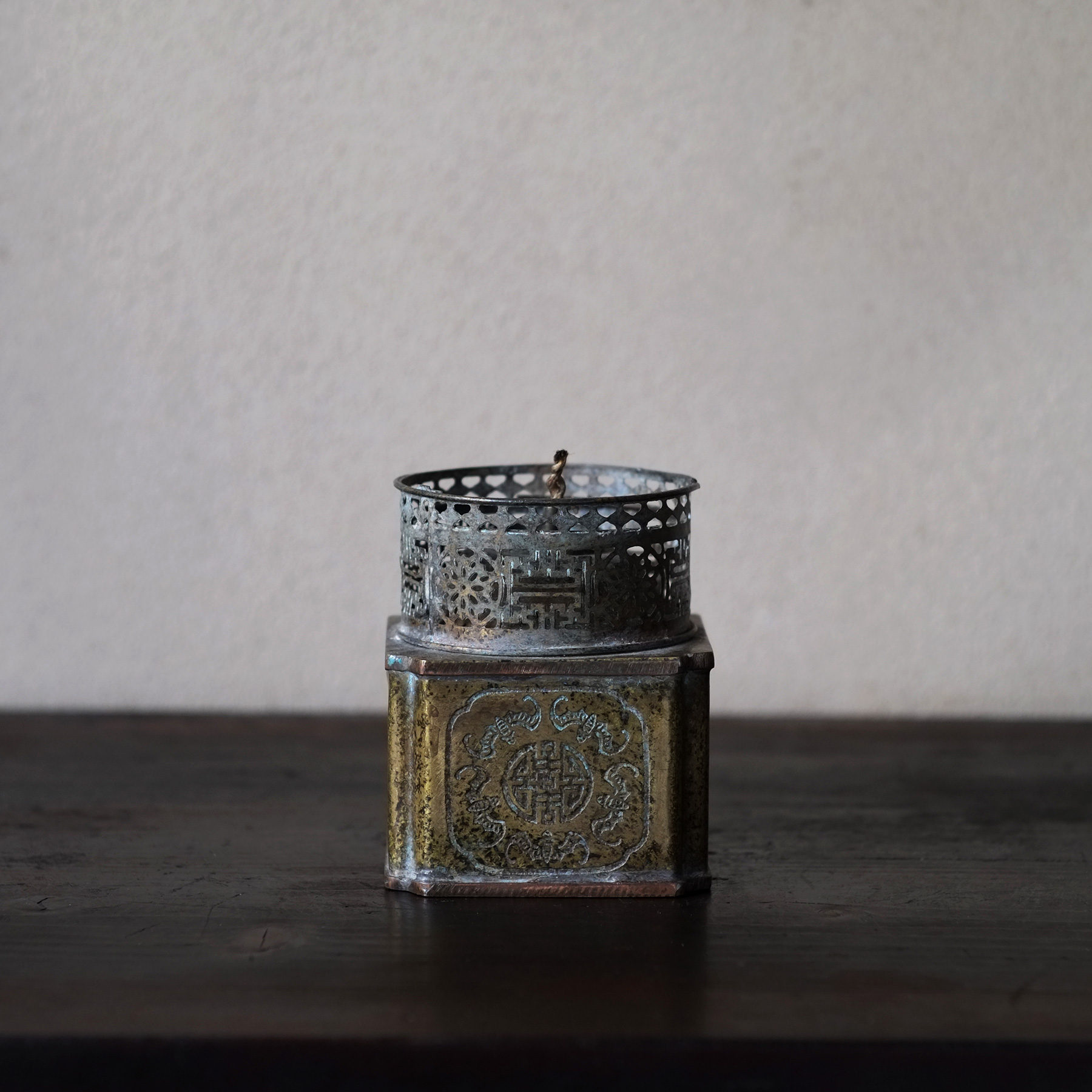 An oil lamp used for smoking opium in China. There is an inscription “Eight years of the Republic of China” on the bottom, so that it was probably manufactured in 1919.

At that time, the opium trade was already regulated internationally under the International Opium Convention, and the government of the Republic of China (China Proper period) issued a ban on the use of opium. However, the Japanese army (Kanto army) who occupied in Manchuria and Taiwan, was dealing with opium trade, and even in the 1930s, opium-related items and smoking equipment dealers and smoking halls shops with a sign of 大煙 (Great Smoke) were found all over China.

This oil lamp has a decoration of four sides with the happiness symbol and the design of bats (a auspicious symbol in Chinese culture) . It can be inferred that these auspicious designs into the opium smoking tools was to be appreciated as an art but also to conceal the harm of opium hypocritically.

Some rust is seen, but the condition is generally good.