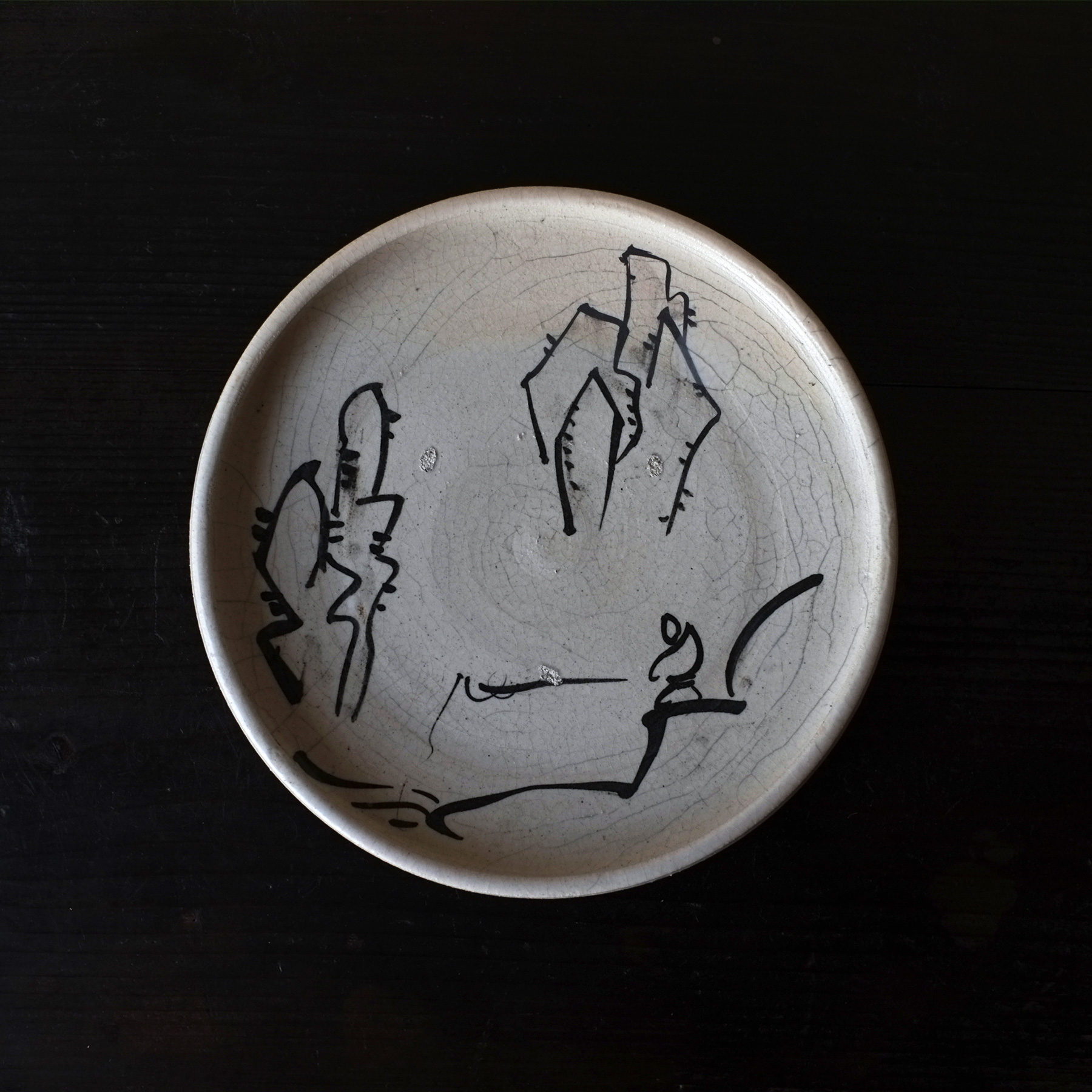 An Andon-plate fired in Seto, Aich prefecture, Japan. The monotone deformed landscape painting has an exotic mood, and the depiction of an angler is reminiscent of candles lit by fire. It seems that candle metaphors are often added to the painting of lantern dishes.

In the Seto kiln, which reached its peak in the latter half of the Edo period, mass production became possible with the increase in the number of ascending kilns, and ceramics became widespread among the common people. However, in the urban areas at that time, which was a class society, there were subdivided classes among the same townspeople (tradesmen and artisans), and the difference appeared not only in the place of residence but also in household goods and tools. One example is the Andon as known as Oriental lamp, that wealthy people use vegetable oils such as rapeseed oil and perilla oil, while lower-class people impregnate cheap whale oil and sardine oil into the wick and light it in the dark.

Even though the Andon-plate was used inside a wooden frame with Japanese paper, it has various styles and designs, and while it tells the richness due to the maturation of the townspeople’s culture in the Edo period. However, the rigorous class system intends people to have stronger class consciousness and was deeply rooted, even the hidden items in the ulterior place were linked to the people’s desire to differentiate from others. A quaint lantern plate, which was a vessel for lighting a fire, but also reflected the dark side of human beings.

Good condition without oil stains. Perhaps it was replaced by a brass one without being used.