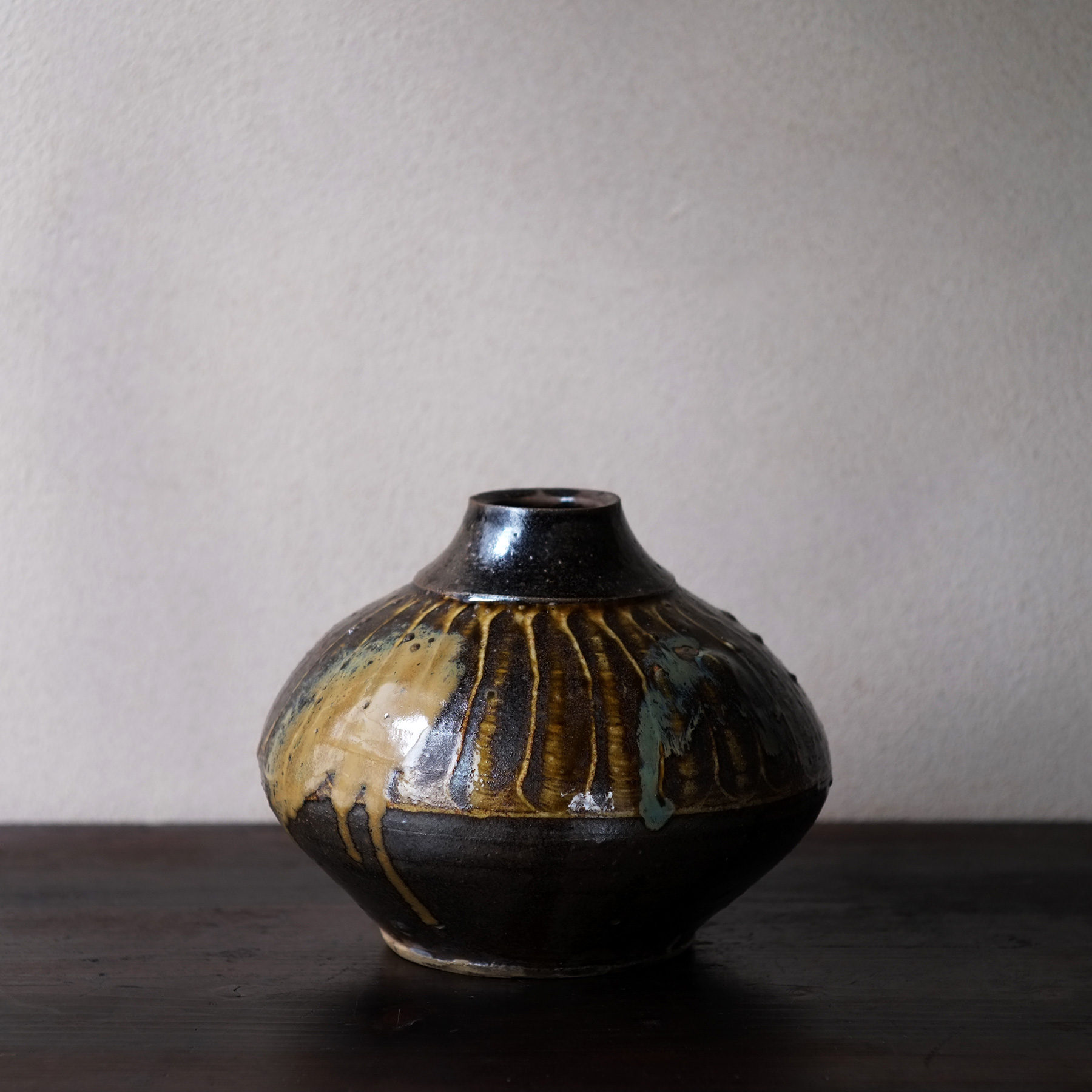 An Onta ware sake bottle fired in the first half of the 20th century in the Sarayama district located in the mountains of Hita City, Oita Prefecture.

Onta ware, which was started in the middle of the Edo period by Sanemon Yanase, a potter invited from Koishiwara (present- Fukuoka Prefecture) and Jubei Kuroki from Otsuru-mura, Hita-gun who invited Yanase. The ware has in common geometric o Koishiwara ware, such as chatter decoration, brush mark slip, and combing, are applied, and the technique has been inherited until now.

This shape of sake bottle is often known as the abacus ball, and the multi-layered decoration with the two tones streaking glazes on the combing along its streamlined shape, like a scintillate carousel. Nisai-Nagashi (two tones streaking glazes) is a design found in Takeo type Karatsu ware in the early to middle Edo period, and it is deduced that the technique was transmitted to Onta ware via Koishiwara ware.

There are no notable defects and the condition is good. Usually, the inscription is on the base, but it is not inscripted on this work.