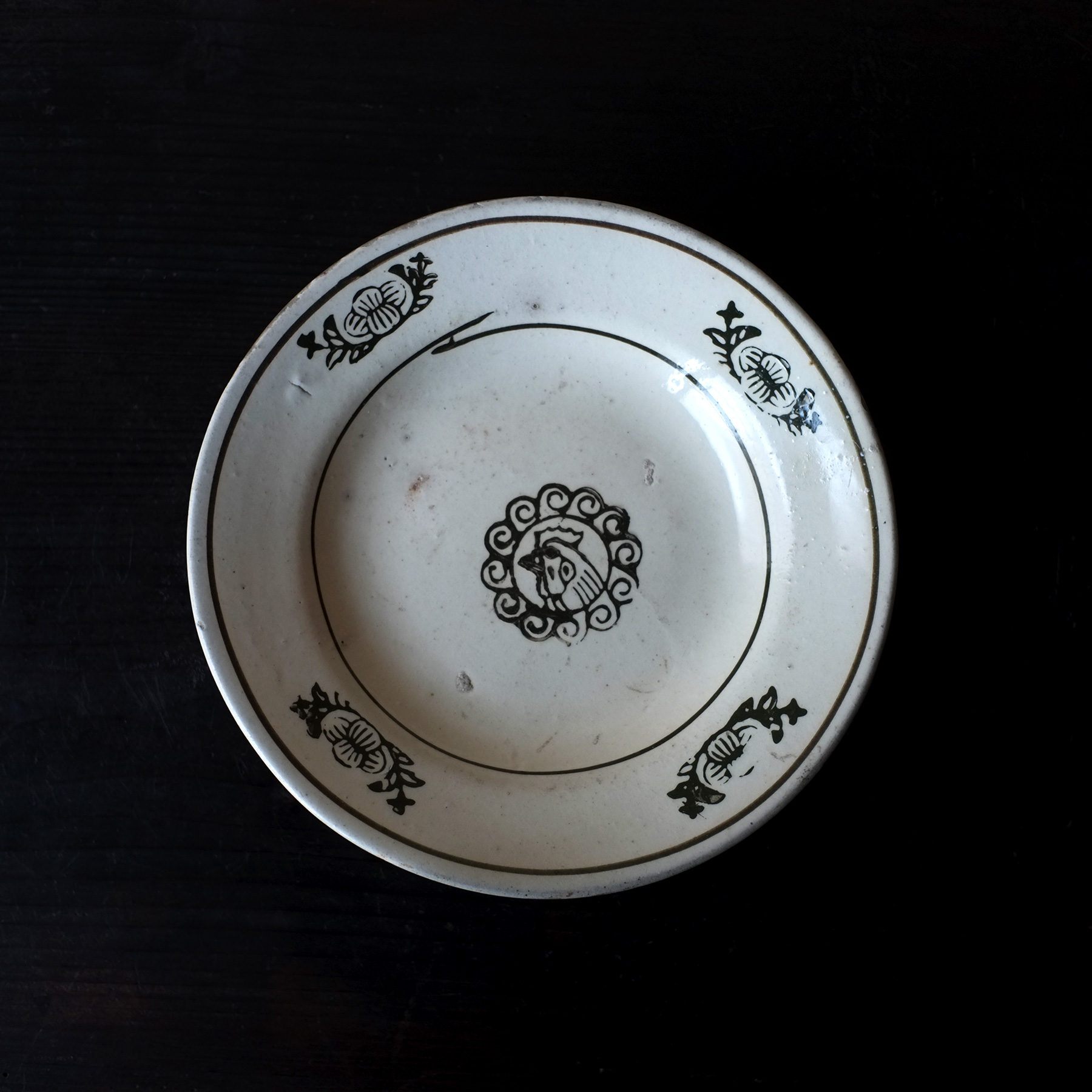 A Sông Bé ware dish fired in Binh Duong Province, which is adjacent to Ho Chi Minh City in southern Vietnam in the middle of the 20th century.The rooster is a symbol of fertility and prosperity in Vietnam, but also a national symbol of France, the former colonial ruler.

Even though it was made in Vietnam, unlike Annamese ware which is made with a transparent glaze on white slip, the tin-glazed tone like Faience ware tells the influence from French. The shape of the vessel seems to be imitating the rim plate, but it is incomplete, and the painting line is surrounded in a rim shape.

The simplified design using stamps and distorted vessel shape convey that there was a shortage of supplies and the process was reduced affected by the war, and this piece can be reflected by the hard times of the country in the 20th century.

The glaze has slightly peeled off at a part of the rim and there is a small chip on the base, but it is in good condition for old Sông Bé ware.