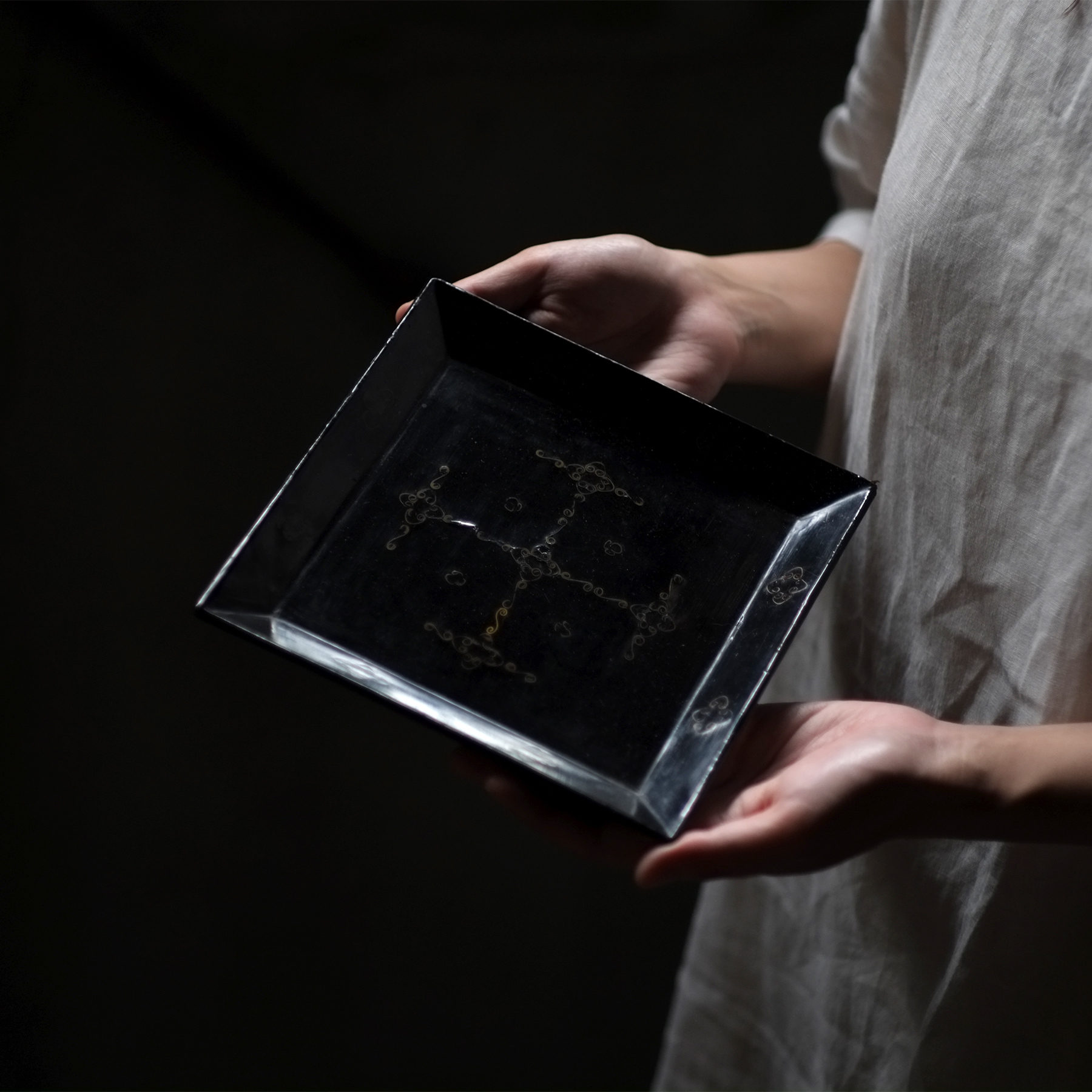 A square tray with inlaying cross design emerged on lacquer black. In Japan, Edicts banning Christianity was inposed in Edo period and Christians were persecuted, but there were those who kept their faith secretly, and the cross was concealed with things around them.

This tray was probably used at the tea ceremony by feudal lords who were converted to Christianity. Damage to the corners, small cracks and repair marks are visible on the cross.

Also, Japanese tea ceremony has been pointed out the influence of Christianity, and this tray is very interesting as proof of the relationship between the two.