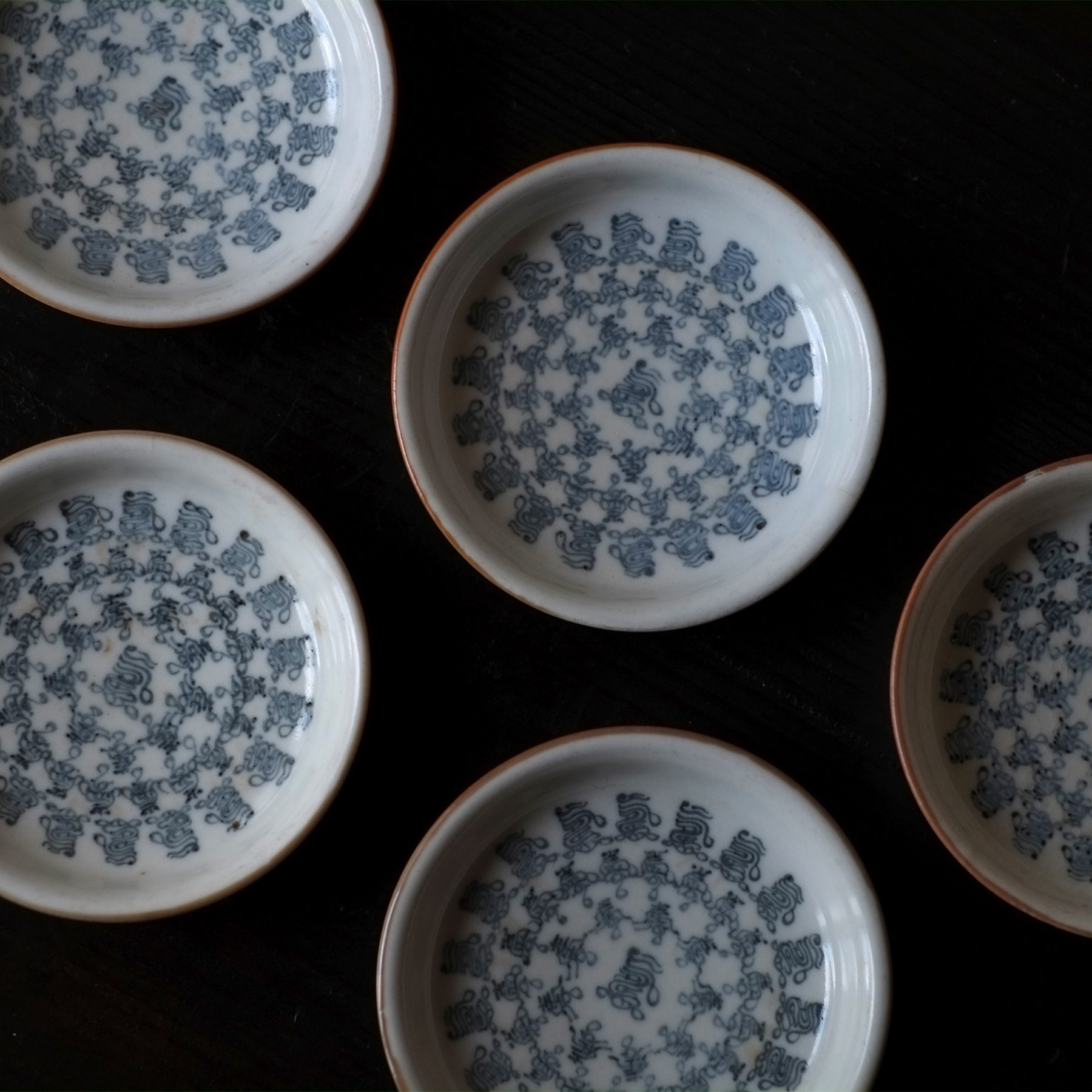 Blue And White porcelain small dishes set of 5 that were fired in the late Qing dynasty. The absolutely elaborated patterns are all hand-painted.

The four layers of Chinese character patterned in a annularly are all old typefaces of “壽–Shòu (longevity)”. In China, there is a design called “百壽図-Bǎishòutú”, which is a collection of a hundreds of character Shòu collected from past relics, which is the design that inferred to be simplified into this dish. By using the same typeface for the central character and the outer character, another cycle that stands in a circle is created, and the world of metempsychosis, in which life and death full of delusions are constantly repeated, is expressed in multiple dimensions.

There are two pieces that have a slight chip, one of them includes a small hairline and other two pieces have small hairlines, the other one piece does none of damage. According to the Wuxing (Five Phases), is the outside of this vessel the fifth layer of Shòu?