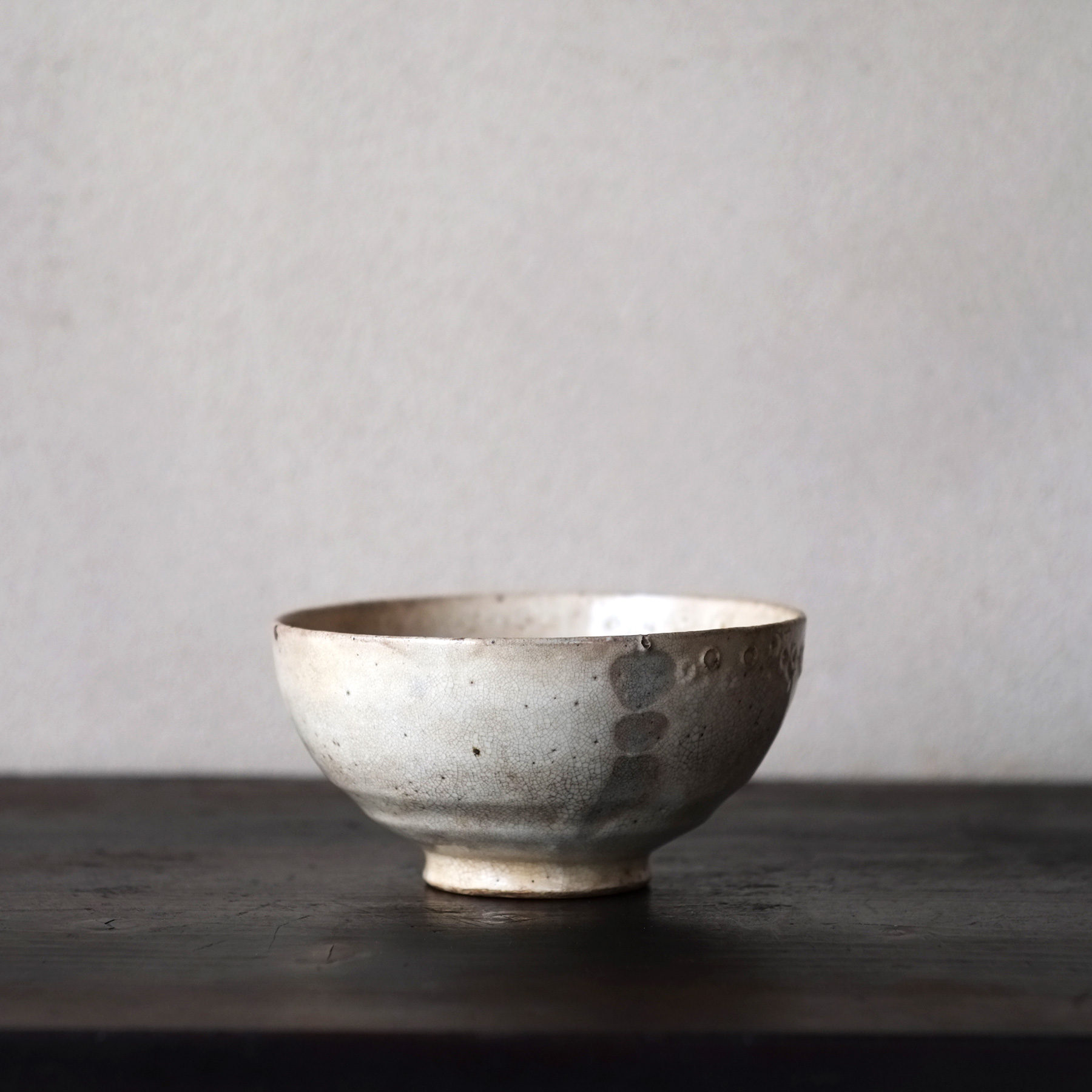 An Agano ware tea bowl fired in about the middle of the Edo period. The Joseon white slip “Kohiki” glazed, combined with the thin and rounded shape, creates a suave and delicate beauty.

Agano ware, that was under the patronage of Tadaoki Hosokawa, a notable tea master, which stands out the production of tea vessels compared to Karatsu ware and Takatori ware that also have the roots of Korean ceramic. It is presumed that this tea bowl is a little younger than so-called “Ko-Agano”, because it was made in Sarayamamoto kiln, that was opened by the potters collective of both Agano ware Kamanoguchi, Iwaya-Korai kiln and Takatori ware Uchigaiso kiln.

The “Hima” (fire mark) that emerged on the body like a stroke of lightning in the cloudy sky. It is different to a technique of the peninsula which left the engobe on the body but not glazed on the part of Hima. This bowl’s Hima was made partly without engobe and glazed entirely. It is unclear whether it was due to a misunderstanding of the technique or an improvement that emphasized practical use.

There are tiny glaze flakings on the rim and slightly aged on the surface but  no other defects  other than natural alteration during the kiln process.