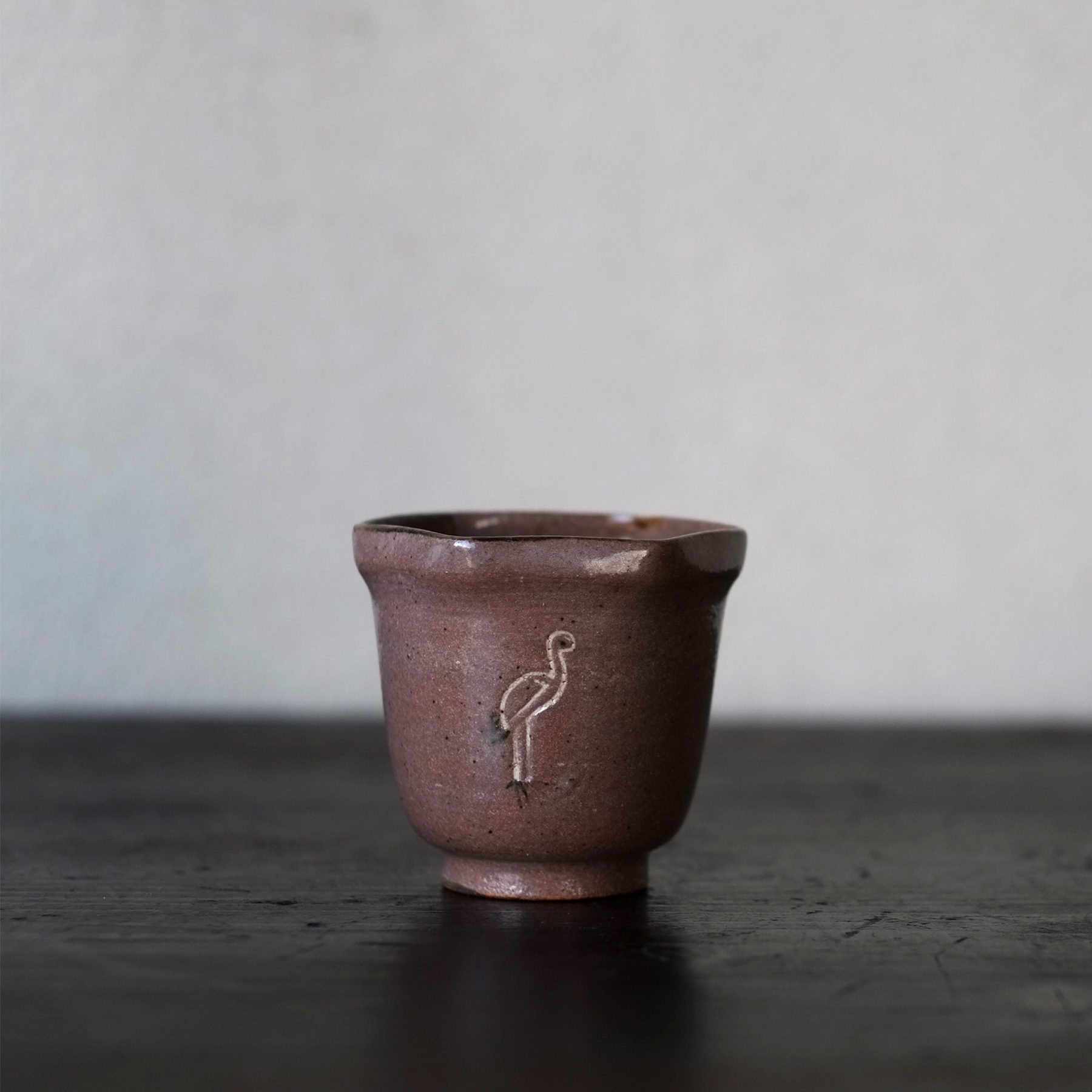 A “Tachi-Guinomi” cylindrical sake cup fired in Yatsushiro, Higo in the late Edo period. Yatsushiro ware, which was opened by a potter who moved from Agano with the feudal lord, is also called Koda ware because the kiln was located in Koda, Yatsushiro-gun.

The hexagonal rim and the three cranes inlaying give an elegant and harmonious impression. The inlay technique that draws the genealogy of Goryeo celadon is used especially Yatsushiro ware compare to other wares in western part of Japan where technology was transferred from the peninsula and the continent. Being under the patronage of the clan for a long time may be one of the reasons why elaborate and luxurious decoration was emphasized to be produced by this ware.

The resplendent plum-purple surface with a deep luster derived from the volcanic soil of Aso. Although it is smallish, it is a piece that conveys the attraction of Yatsushiro ware thoroughly. A small repair on the rim, and there was a tiny alteration during the kiln process in the edge of rim, but there are no other defects. Comes with an old wooden box.