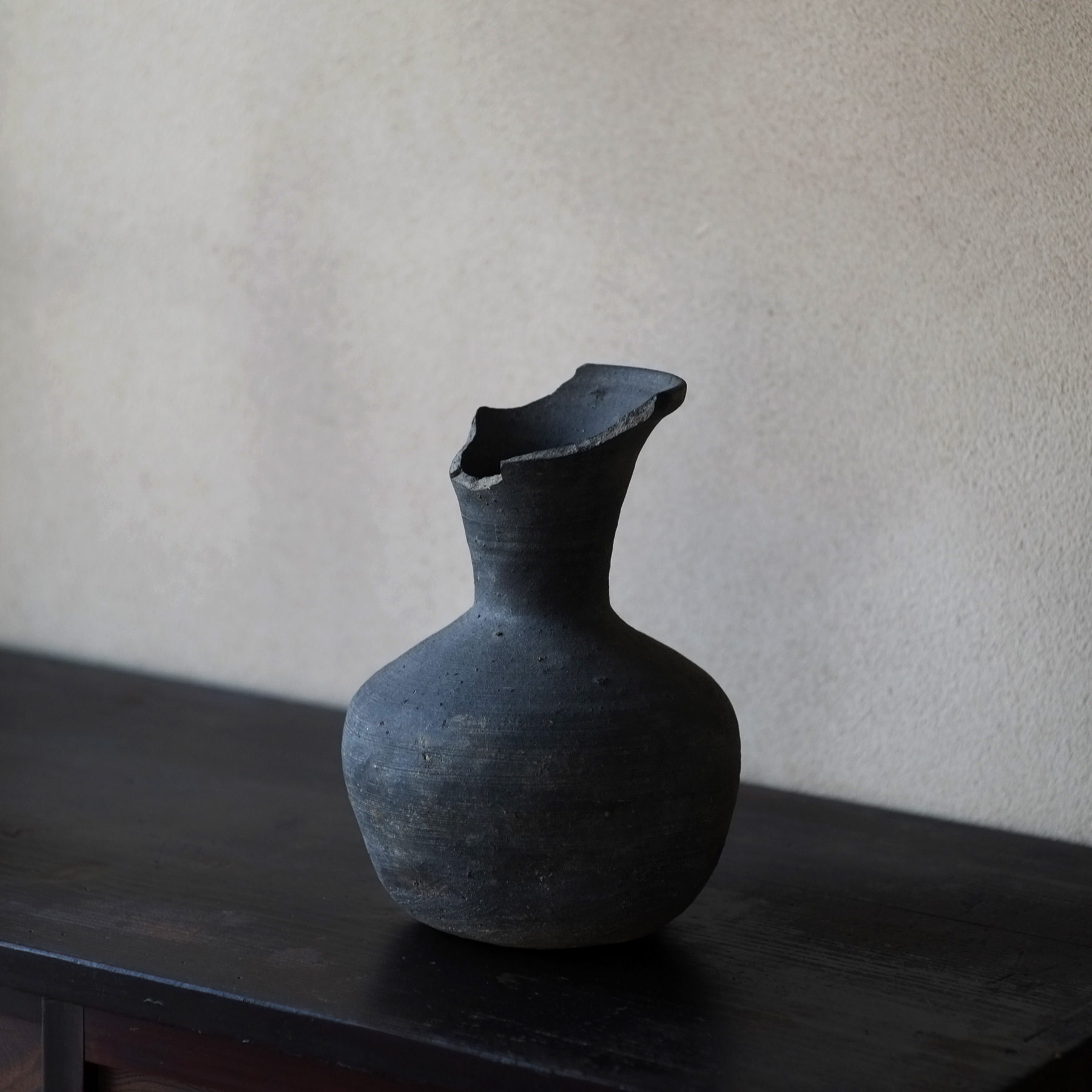 A long neck bottle of Sue pottery with a missing the top. Since a number of the same pottery with different sizes have been excavated, it is presumed that it was from the 8th century onward, when the style of Silla pottery and Gaya pottery was overstepped and the standardized production was pushed on.

Compared to the ceramic on the peninsula, which has different appearances in each region, Japanese Sue pottery shows a common development in each region although there are minor regional differences. It shows that Sue pottery was incorporated and standardized in the wide-area economy while the decree system was laid down. The same type of long neck bottle has been excavated in various places such as Kanto, Kansai, and Chugoku regions.

It soaks slightly when water is filled, but no leakage. Good condition except for loss of the top. Absolutely suitable for flower arrangements.