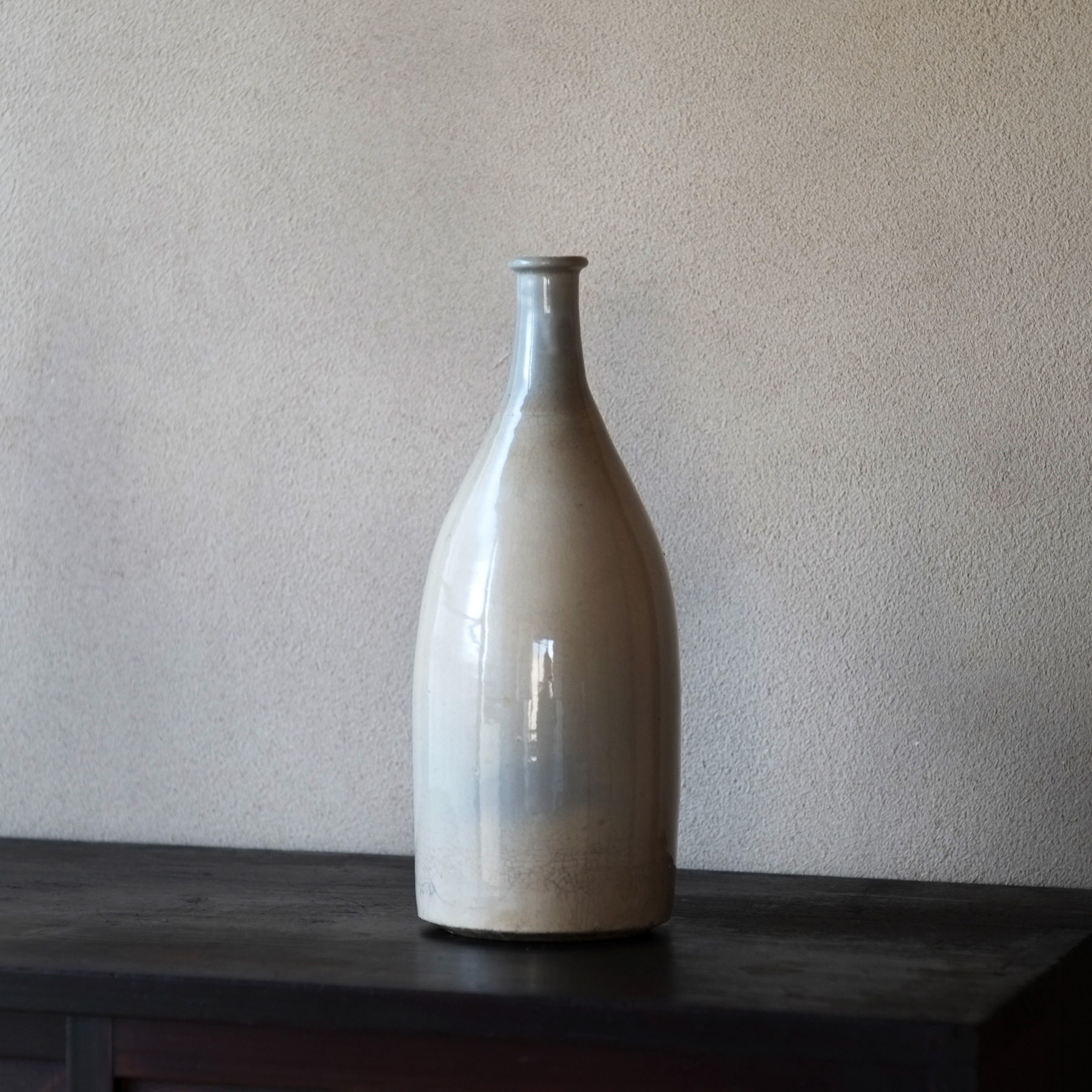 A Tamba ware white slip Shiro-Tamba (White Tamba) tokkuri fired in the beginning of the Meiji era. The elongated bottle’s shape can be said to be the prototype of a glass sake bottle that will be mass-produced later, and the influence of the Western wine bottle that spread in the time of opening the country.

Bottles which contain soy sauce and oil are significantly stained, but it seems that this bottle was used for sake, and it has grown into a beautiful bluish texture. In Tamba ware, many sake bottles with elaborate styles were created according to the times that is probably because the kilns were surrounded by sake breweries.

There are no notable defects and the condition is good. The capacity is about 1000ml, which is ideal for practical use.