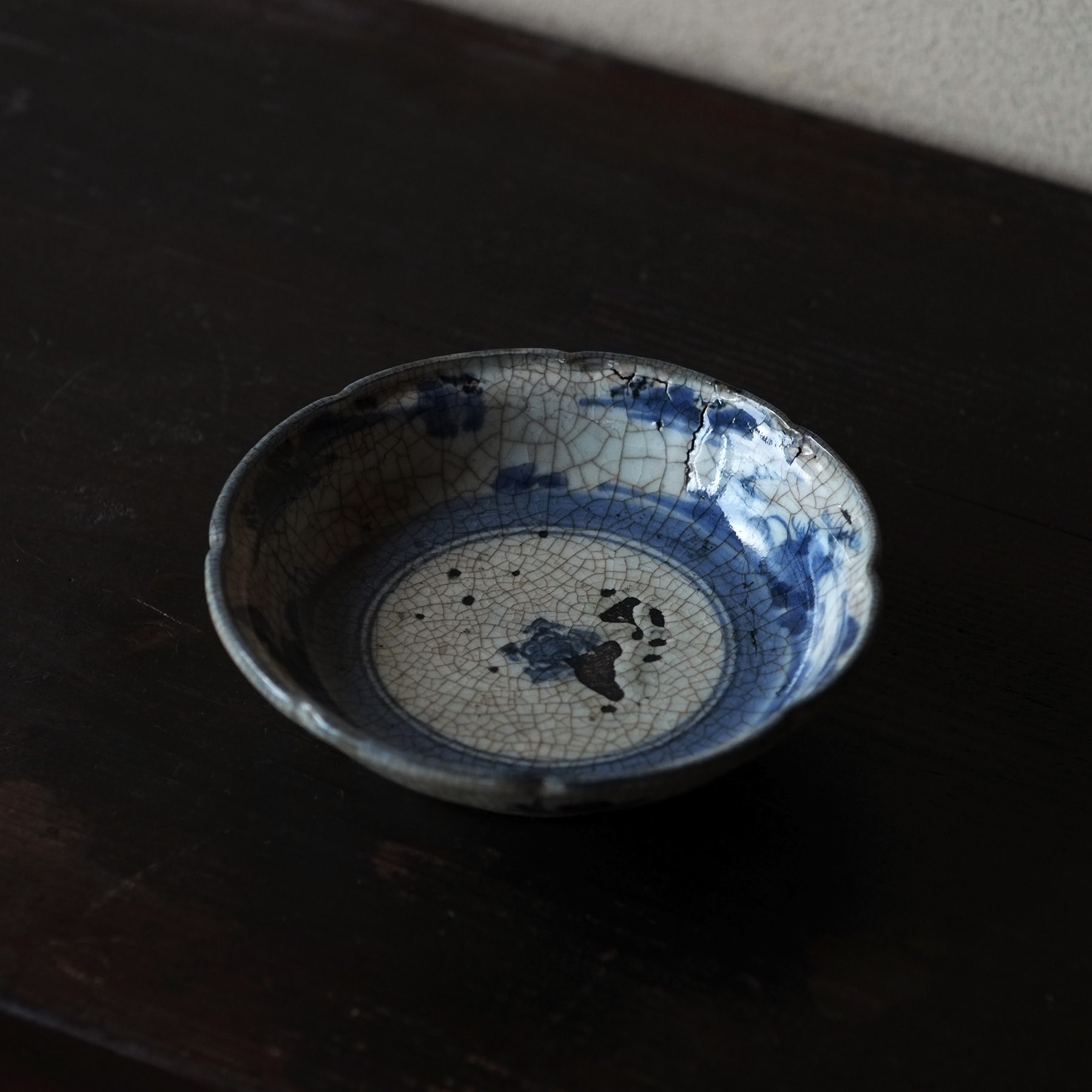 A blue-and-white dish fired in the middle to late Edo period. At first glance, it looks like a Hasami ware Kurawanka (table ware), but it is probably with potterious blue-and-white, which is called “Hibiyaki” (crackle glazed blue-and-white ware).

In Arita, Hibiyaki has been produced since the middle of the 17th century. Although the painting of Undote (drawing of clouds and castle) shows characteristics similar to the Nabeshima clan kiln’s Hibiyaki, it is said that it was baked in another local kiln in the clan because of its tableware-like appearance reminiscent of Kurawanka.

This type of Hibiyaki with Kurawanka design is rare and an important piece that tells the exchange between Arita ware and Hasami ware. There are no notable defects other than glaze spots and kiln scratches that occurred during the kiln process.