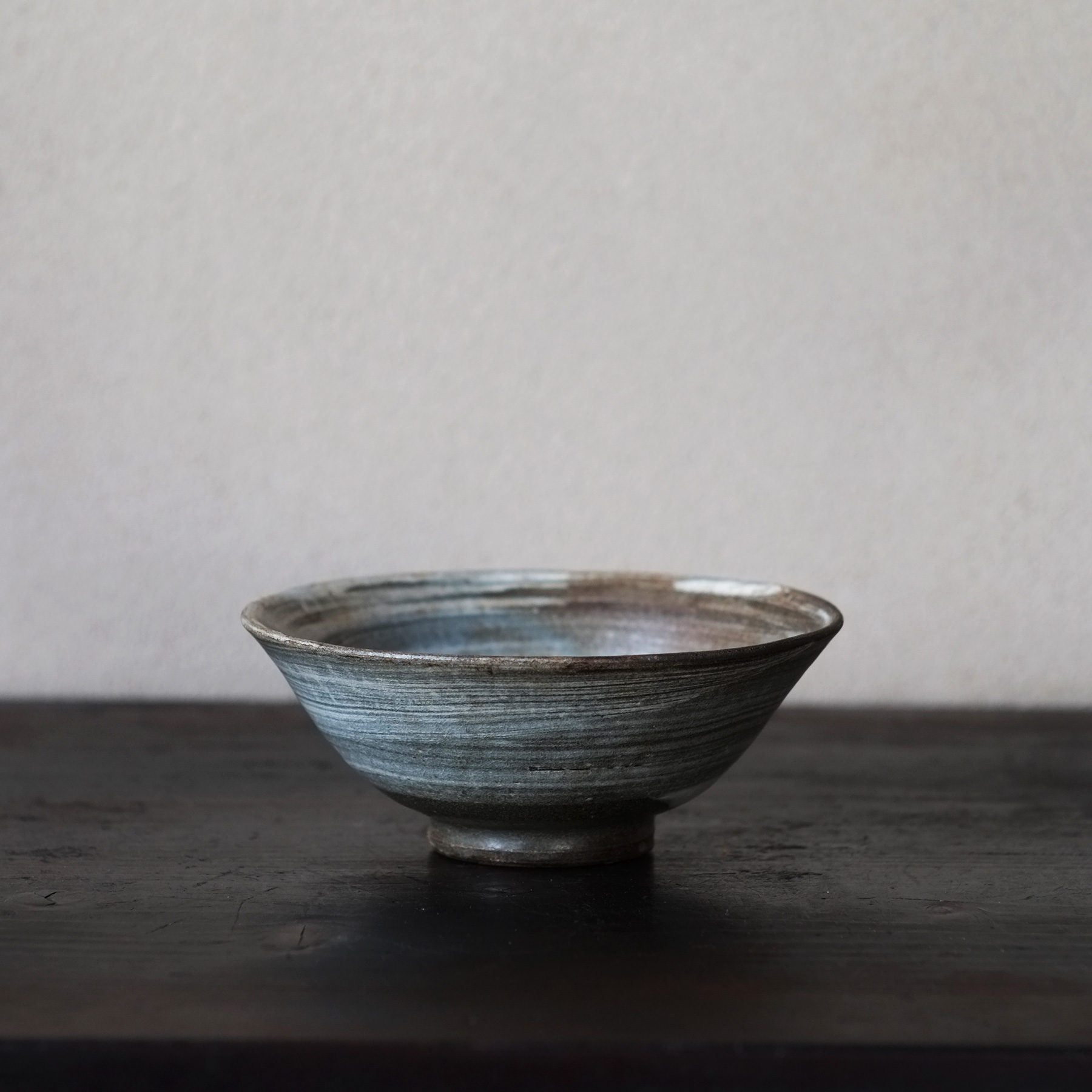 A brush mark slip bowl, “Hakeme Chawan” fired in the middle of the Joseon Dynasty. “Hakeme Chawan” is a type of Buncheong ware with a similar background with different technique to White slip “Kohiki Chawan”.

In the latter half of the 15th century, due to the official production of white porcelain with the establishment of the official kiln, Bunwon in Gwangju, the local kilns that had previously donated Buncheong ware vessels to the royal court families changed their supply destinations to local middle class people. It was no longer necessary to apply precise inlays like the famous inlaid Buncheong ware, which has made it shift to take on a simple design by and by. Gradually, the design had been transformed only the brush marks except inlays like this bowl. The genealogy of inlays that have been crafted in the Goryeo era was finally ended up by this “Hakeme (brush stroke pattern)” in the 15th century.

Buncheong ware continued to decline as local kilns began producing white porcelain. The reason why the number of remaining Hakeme ware is relatively small, which should have been popular among the commoners, is probably because the supply class was limited and the production period was as short as 50 to 100 years.

Like many other Korean tea bowls, this bowl also features slightly curved on the edge, and has rough stacking marks on the inside surface and bamboo knots on the base but there is also possibility that the work from a kiln ruled by Japanese in Busan at that time.
Although it is an excavated piece, it has less rougher surface and there are no notable defects other than one thin hairline.
Comes with an old box with the words “Mid-term Joseon Dynasty Hakeme Chawan”.