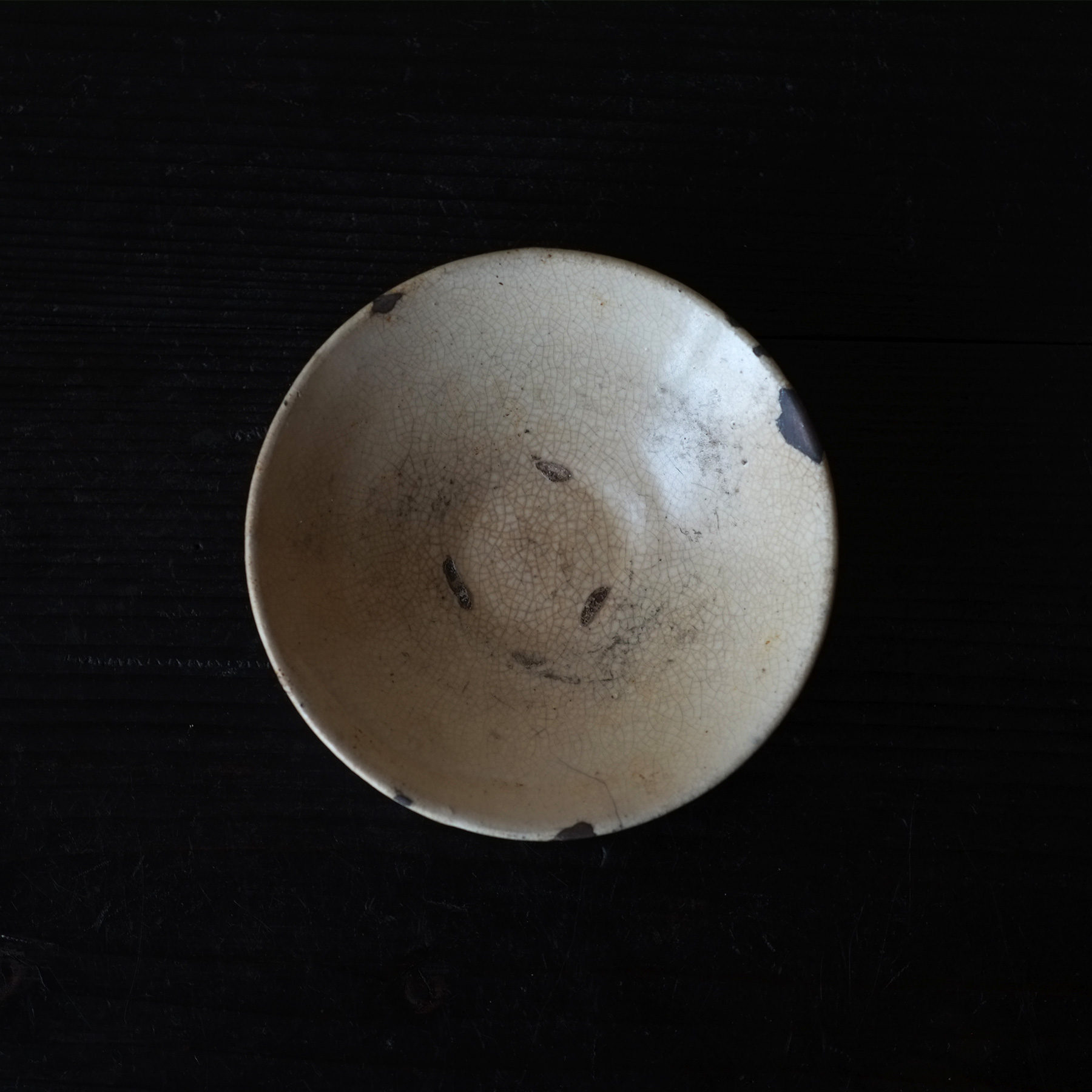 A flat sake cup coated with white slip made after the middle of Joseon dynasty. It indicates that the iron-rich clay mixed with gravel is the works of Hoeryong to Myongchon ware in the North of Korean peninsula.

Despite the Korean Peninsula was unified in the time of Goryeo, there was discrimination against the people from the the northern region, where it had been the territory of Balhae, that were excluded from the appointment of officials during the Joseon dynasty. It can be said that the cultural contrast between the North and the South were not only differences in climate but also ethnic and domestic affairs.

This flat cup, which is made with engobe on brown clay and applied transparent glaze, has an intimate mood with plain white slip works of Cizhou type ware. For that reason, it would be appropriate to categorize it distinctively from the type of white slip works made in the southern part of the peninsula like “Kohiki ware”.

There are some repairs and a hairline on the rim, and stained on some parts, but there are no other defects and no water leakage.