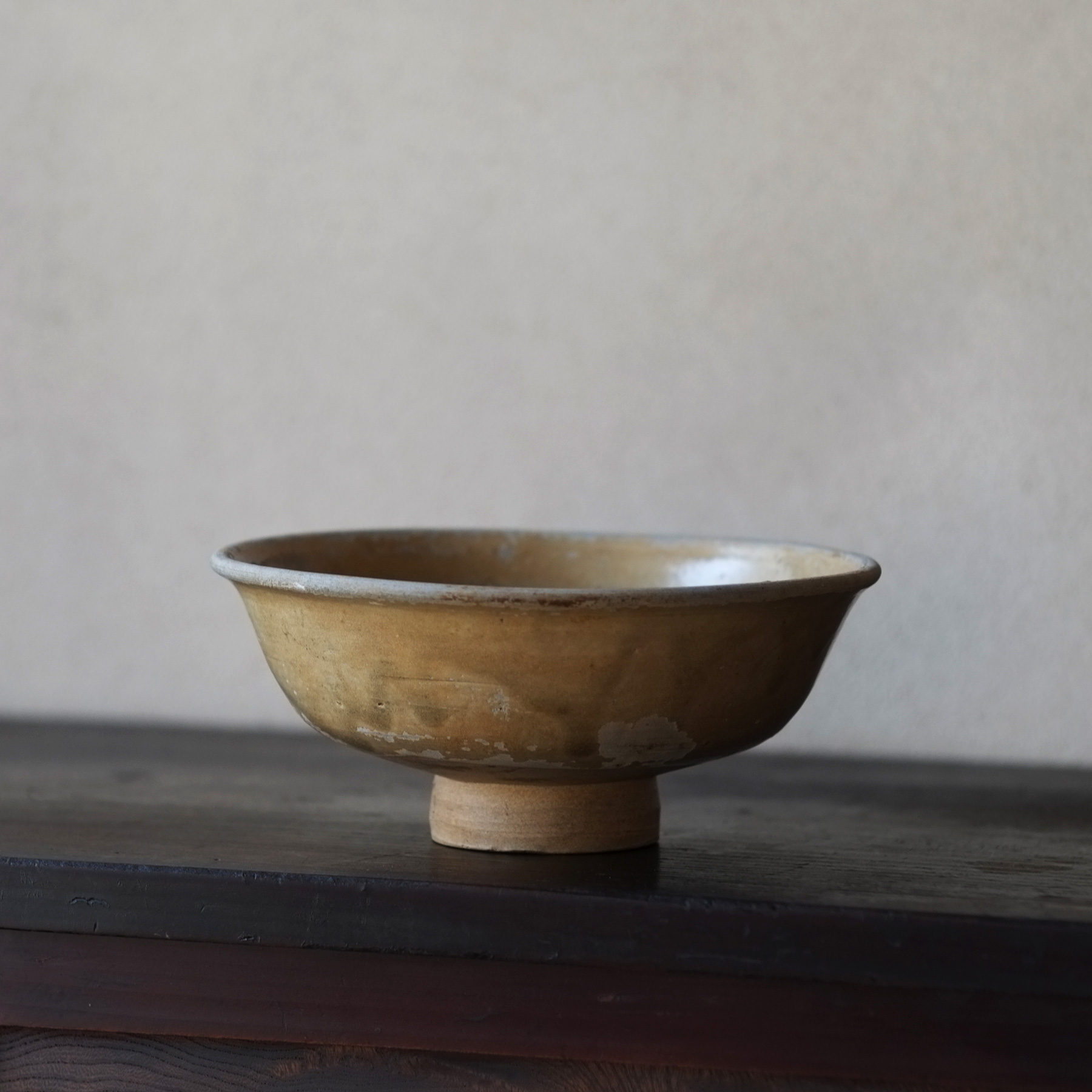 A bowl covered with an ash glaze baked in the Kingdom of Champa (192–1832) in central Vietnam. The ash glaze accumulated on the grooves of turning tool mark, which depicted the vague ring lines on the surface of the vessel.

The Nagaracampa, a city-state mainly composed of the Cham people who belives Hinduism and Islam. Unlike northern states Vietnam, which was culturally influenced by China, there are still remains in central to south of Vietnam which are influenced by India.

In Japan, the name of Champa appears in old documents as the Champa-gire (Champa cloths) attached to the tea utensils in Seto. It is uncertain whether it was really made in Champa, but there is no doubt that it was brought to Japan by trading with Champa, which has prospered in the maritime trade since ancient times.

The solid bamboo joint-like foot and the high fired fine textured clay represent the perennial strength in contrast to the glaze flaking.
There is some glaze flaking on the surface including the rim, but there are no chips or hairlines, and a figure of firing at the time still remains.