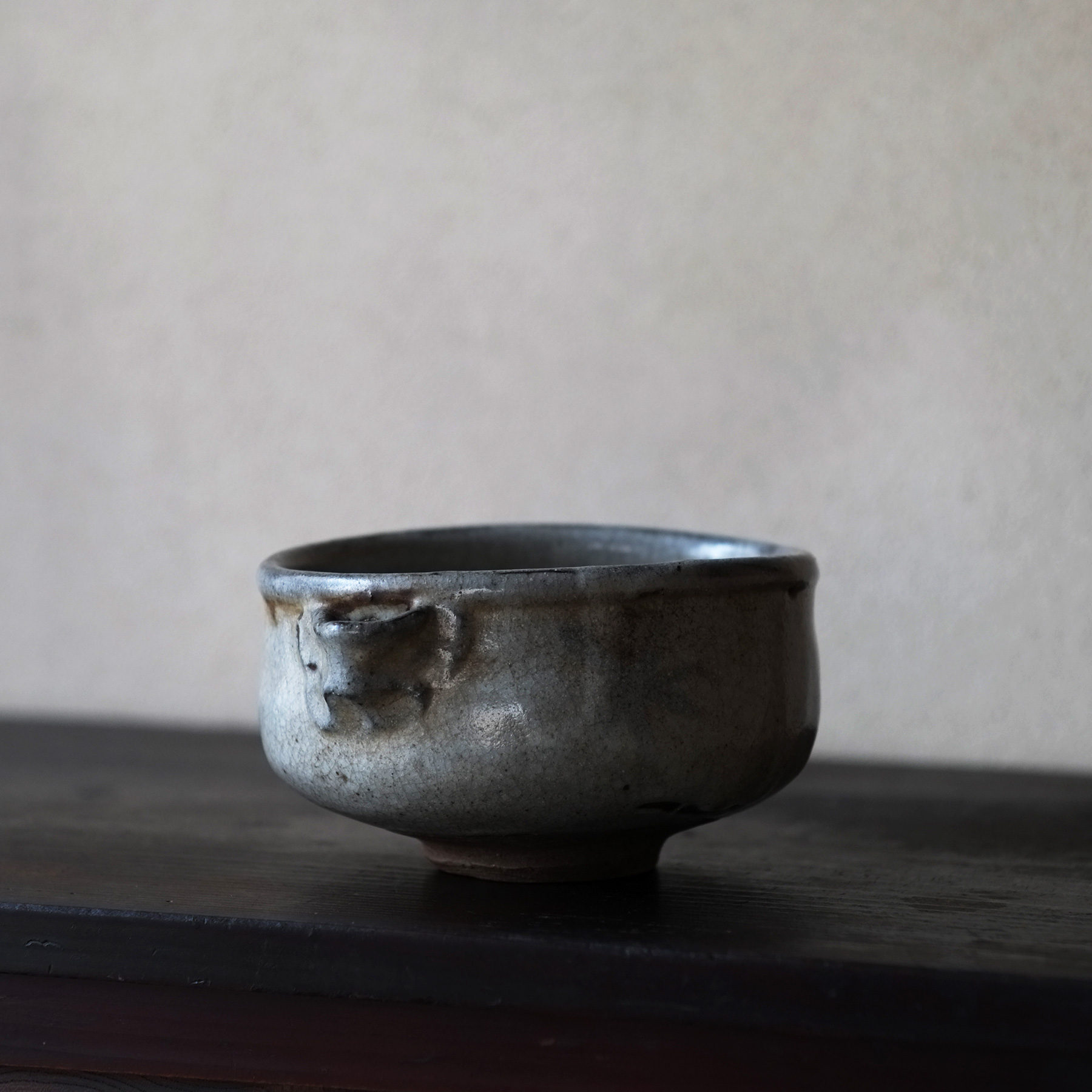 A Karatsu Ware Kawakujira (iron glazed on the rim) Katakuchi (lipped bowl) from the middle of the Edo period. It would be categorized so-called “Kenjo Karatsu” (tributed ware to the Shogunate) made in the Shiinomineyama kiln. It is a work that strongly reflects the influence of the tea ceremony, which inherited the genealogy of the Kameyanotani kiln from Momoyama to the early Edo period (Ko-Karatsu period).

It has been pointed out that the early style of Karatsu ware was influenced by Furuta Oribe, who was a most eminent tea master and a daimyō (feudal load), while he was accompanying Hideyoshi’s expedition to Kyushu. On the other hand, it is said that the technique of iron painting and the structure of Noborigama (a kiln with stepped chambers) were transmitted from Karatsu to Mino. Therefore, it demonstrates that the technique of Karatsu ware, which was handed down from the west (the Korean peninsula and China), then spread to the east and consisted the development of Oribe style in Mino (Oribe ware), eventually flowed back to Karatsu again.

The interrelationship between the Karatsu ware and Mino ware are clearly visible in this lipped bowl that was designed to be distorted into a kutsugata (shoe shape). It can be said that this is one of the achievements of Karatsu ware, which destinated the way to tea pottery in the time of porcelain production expandation.

There are no notable defects, and it has an inherited texture. Comes with an old box written “Karatsu tea bowl”.