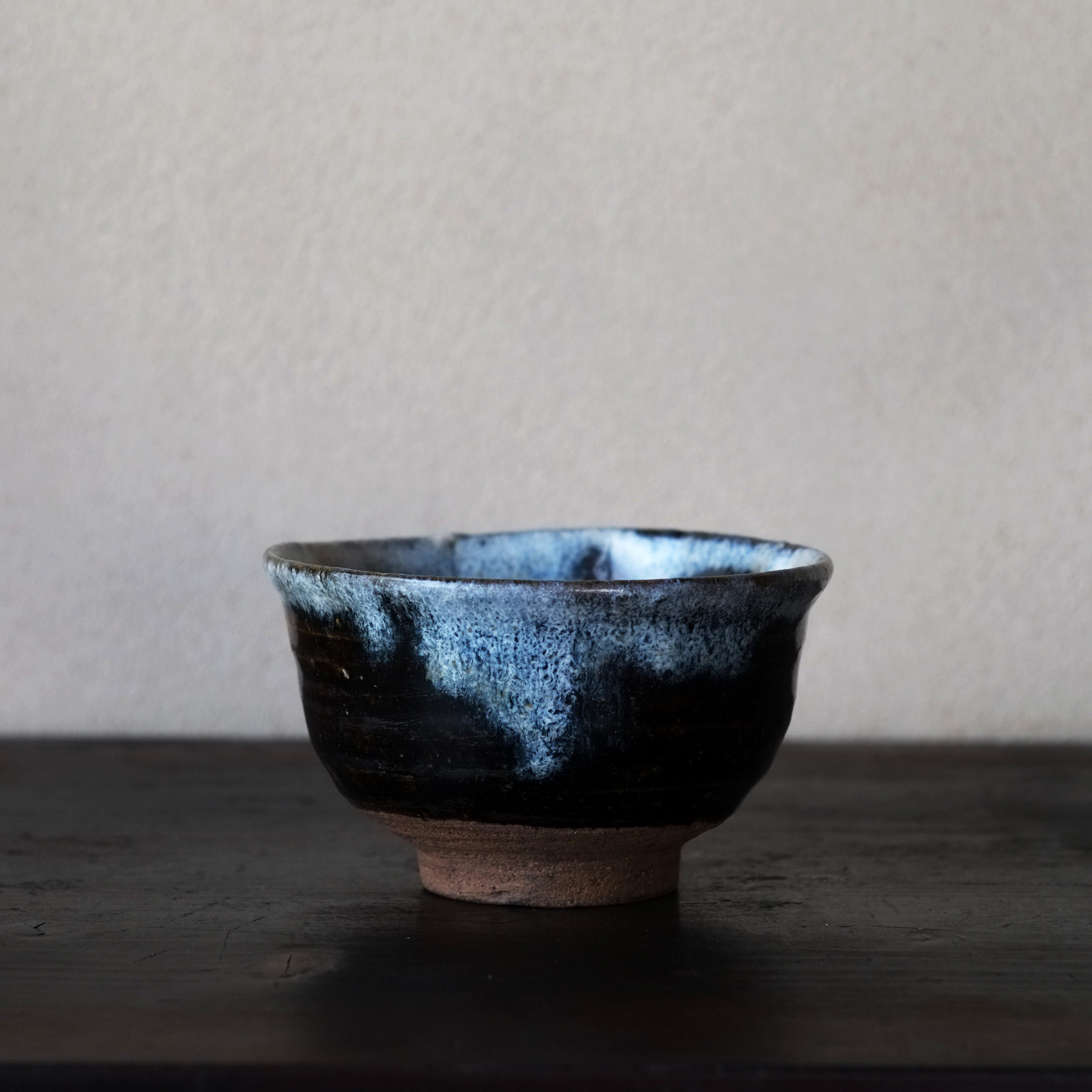 This bowl, which gives a slightly angular impression by the finger breadth of the potter’s wheel marks, indicates that it was fired in the Takatori Ware Uchigaiso kiln. The Uchigaiso kiln produced a variety of vessels influenced by Mino and Karamono (Chinese wares), but it has been pointed out that the construction of the kiln and the technique were transmitted from Karatsu ware kilns since the beginning. So that, there are many resemblances both Uchikaiso kiln’s works and Karatsu ware.

This visionary design using straw ash glaze originated in several kilns in China such as Lushan ware and Jun ware, and was brought to Karatsu by North Korean potters. It seemed to disappear at once in Karatsu when the start of porcelain production, but it had been taken over by Agano and Takatori, Northern Kyushu prestigious kilns, and later developed into one of the representative designs of Japanese folk art pottery.

There are two minor unglazed spots during the kiln process and minor scratches on the glaze, but there are no defects and damage such as cracks or chips. Comes with a wooden box.