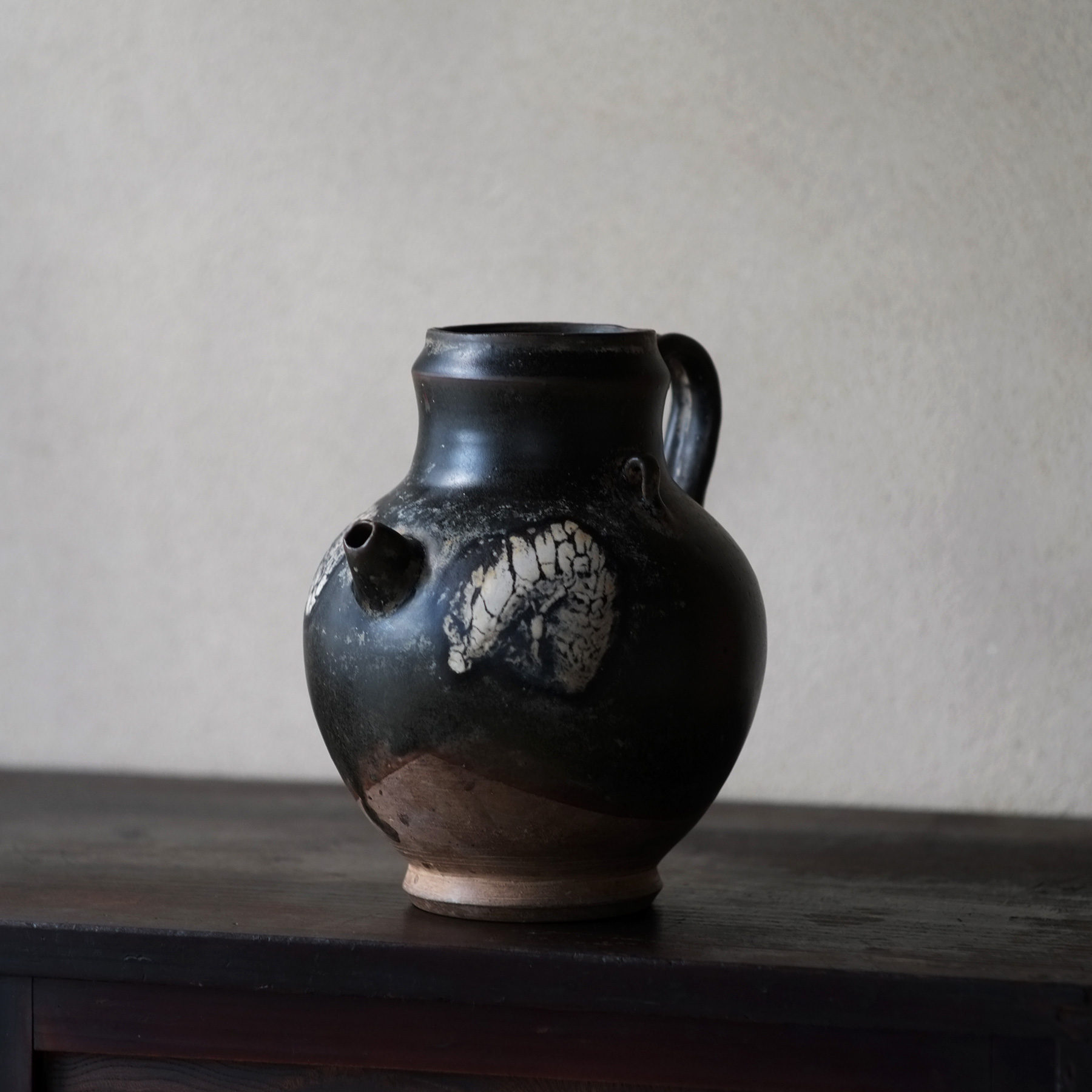 An ewer fired in Henan during the Tang dynasty to the Five Dynasties period. This ewer has a quite unique profound shape, and the mysterious ‘Flower glaze’, consisted with splashed white glaze on the brown-black glaze, which is said to be the foundation of that renowned Jun ware. It is probably the work of the Duandian kiln, Lushan country or the Huangdao kiln, Jia county, which were excavated in the latter half of the 20th century.

The term Lushan ware sometimes called ‘Tang Jun’, were not only the source of the Jun ware, but also thought to have influenced many later folk kilns in China such as Cizhou ware (Henan Black Pottery) and Jizhou ware. The fact that this is what can be called the foundation of medieval asia’s ceramics have been still out of the spotlight might have been caused by blind beliefs for the Five great kilns of Song dynasty written and said since the Ming and Qing dynasties.

It is said that Jin Dynasty, that ruled Zhongyuan (Central plain in China) at the end of the Northern Song dynasty, relocated some potters from Jun ware to Northeast China where Jurchen people come from.
The flower glaze, which is the melting white ilumines on the jet black, like shed souls that blinks in the darkness, was somehow inherited to the Northern Korea’s folk kilns and the Japanese folk art pottery over the sea.

There are no notable defects other than a minor chip on the spout.