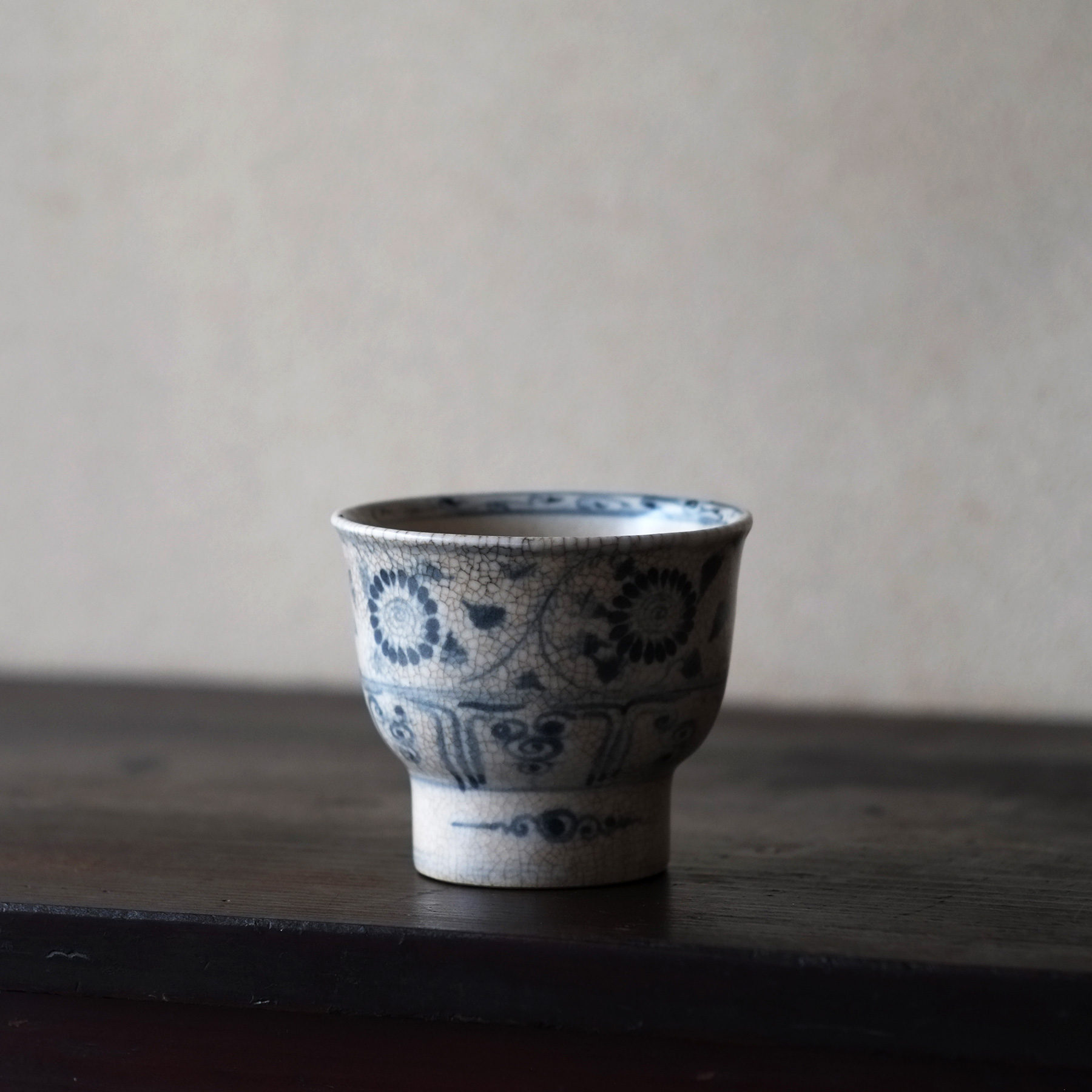 A cup fired in Vietnam’s Later Lê dynasty. There is no cobalt bleeding like that is called “Annam Shiborite” in Japan, and chrysanthemum flowers and vines are drawn on the upper part, and lotus petals are drawn on the lower part.

Vietnam’s Trần Dynasty (1225-1400) accepted the migration of many Han Chinese and other ethnics to Vietnam when the Yuan dynasty ruled in China. Therefore, the techniques of North China such as polychrome overglaze painting and iron painting were first introduced, and then Vietnamese Blue-and-White was begun producing not long after the establishment of Jingdezhen.

In the latter half of the 15th century, when the sea ban was laid by the Ming dynasty, Vietnamese ceramics were exported to South Sea countries instead of Chinese ceramics. This piece was produced for the Vietnamese royal court. It has a high base, which was not used for export, and there is no trace mark of stacking.

It is an excavated piece but the surface is very smooth, and the condition is extremely good. It seems that it was used as a sake cup after excavation, and it has a soft luster inside the cup.