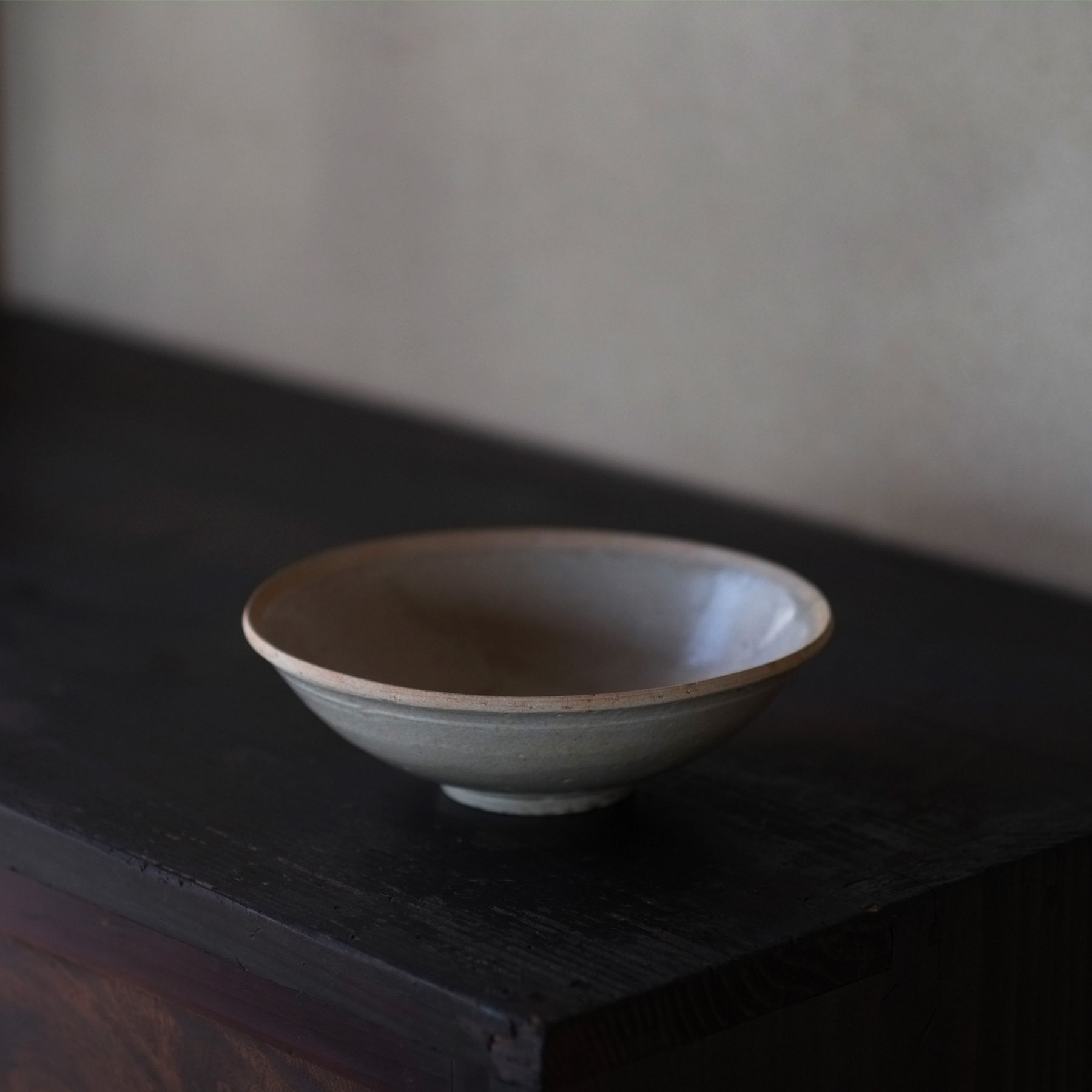 A bluish white porcelain bowl excavated in northern Vietnam. However, it was not a piece made in Vietnam, presumably it was a piece imported from China.

Vietnam’s Lý dynasty had been in a strong conflict with China’s Northern Song, but when it moved from Northern Song to Southern Song, China side started calling Vietnam as “Annan” and Vietnam acted as a vassal state. This bowl may have came across during the trade with Southern Song.

The pure white porcelain clay and the bluish transparent glaze convey the characteristics of Jingdezhen “Qingbai” (bluish-white) ware porcelain before the start of baking Blue and White. It is speculated that it was made for the aristocrats of the Lý dynasty and baked in a official kiln.

It is in very good condition as an excavated item, and there are almost none of lines and scratches or chips.. The reason for the glaze-free rim is, fired upside down and the accumulated glaze during the firing was scraped off.