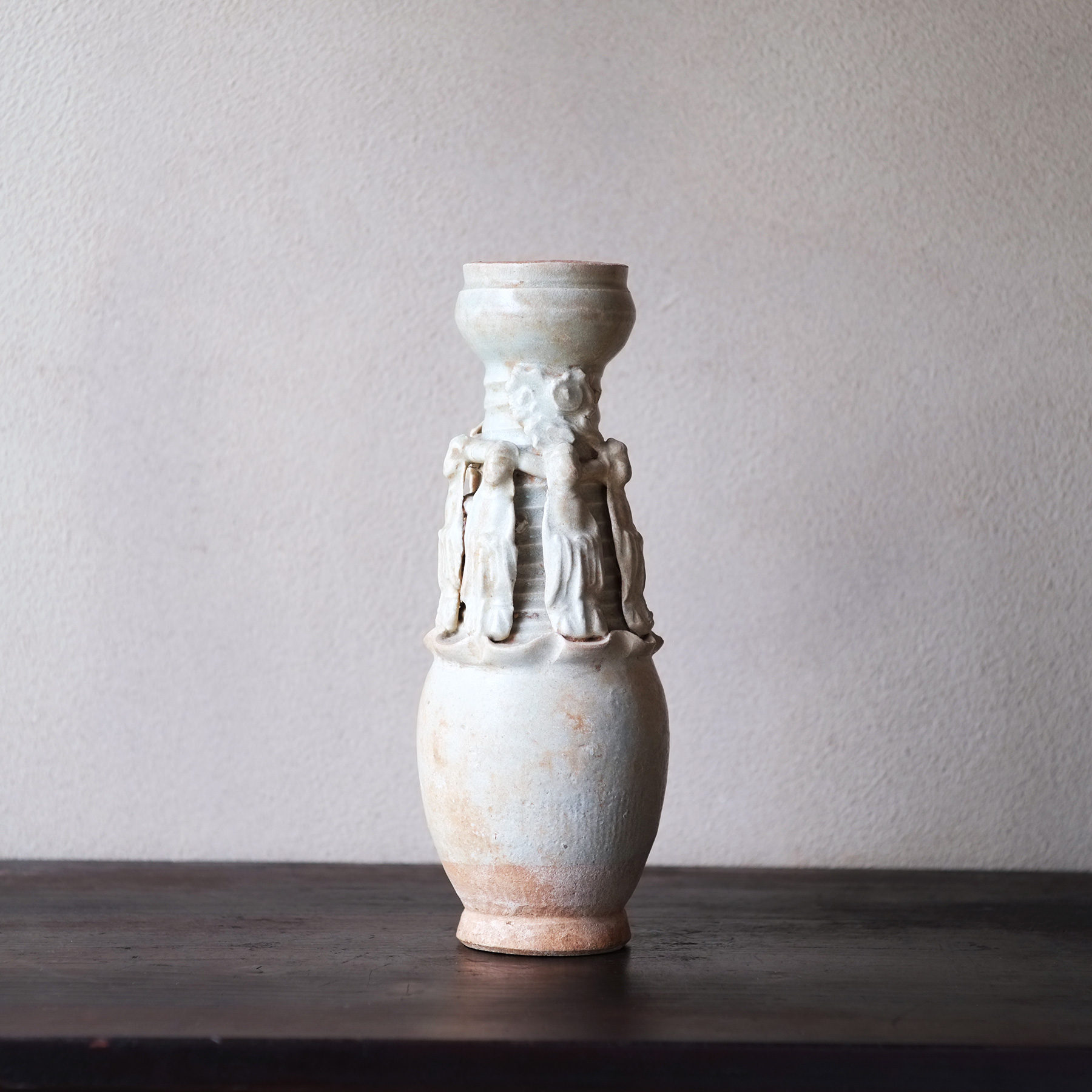 A Qingbai ware bottle fired in a Baishe kiln in Nanfeng County during the Southern Song Dynasty. It is a grave good called a Sun Moon Funerary Vase that was popular throughout Jiangxi Province at that time. The ancestral type is the “Hunping” Spirit Bottles from the Three Kingdoms Wu dynasty to Western Jin dynasty, and it is filled with rolled scriptures or five grains.

The middle figure is probably omitted Twelve Heavenly Generals. Behind it is a dragon entwined around the neck, indicating that there used to be a pair of tiger-shaped vases in this vase. It is a design that shows the religious style of Jiangxi Province at that time, which was influenced by the revival of Taoism.

At the Nanfeng Baishe kiln, which is one of the five major kilns in Jiangxi, various types of blue and white porcelain comparable to Jingdezhen Porcelain were crafted, and general containers such as bowls were also exported to Japan and Southeast Asia. There are minor flakings and ageing of glaze, chips, but the condition is generally good. The lid is missing.