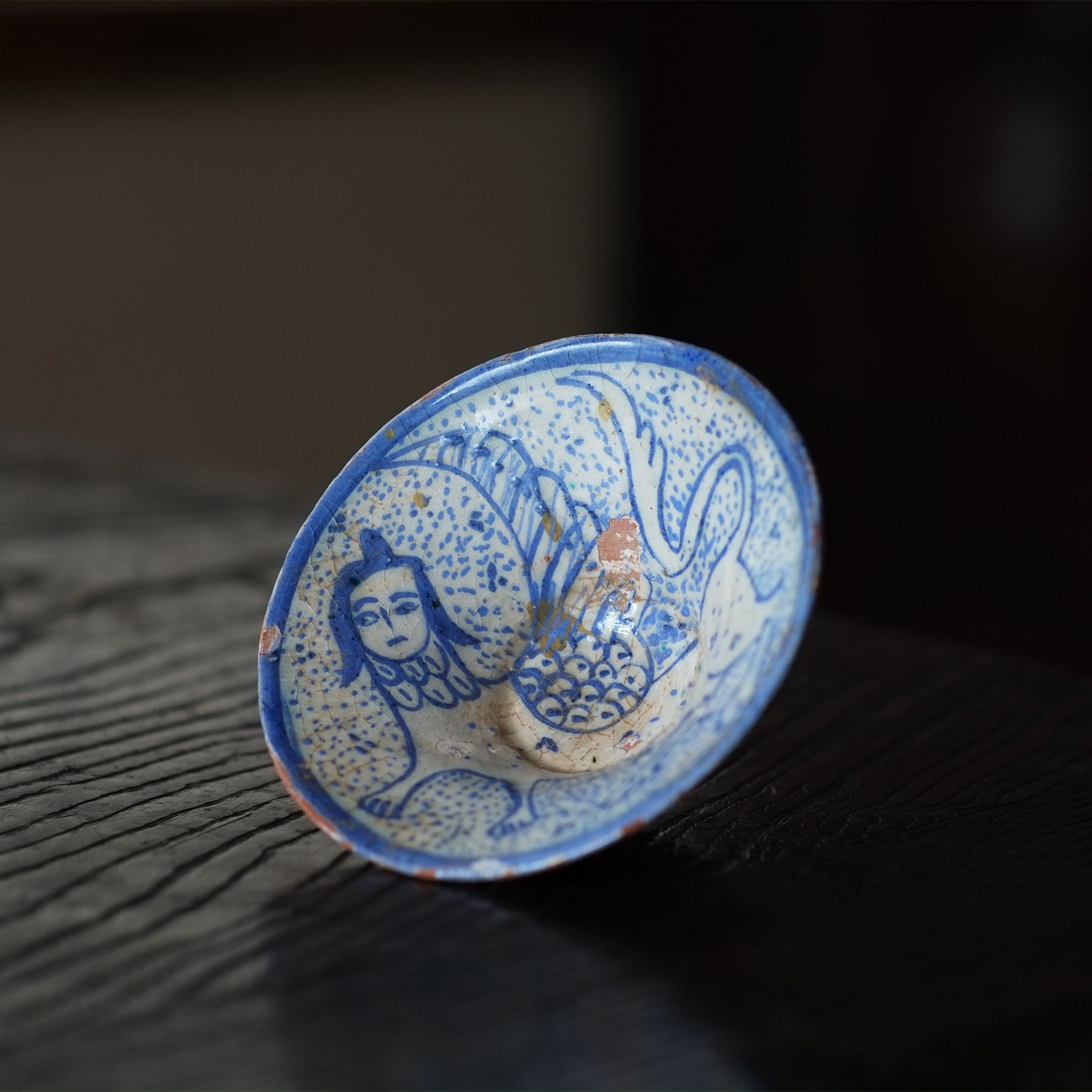 The studies of Persian pottery ihave not been elucidated at many parts, where mainly Iran but including in large areas. This bowl, depicting a human-faced creature, was excavated from Nishapur, eastern Iran, in the Trans-Oxiana region of Afghanistan in Central Asia.

Probably a work of the 12th or 13th century. It is based on Persian pottery, but the mythical creature is drawn in blue on a white transparent background. This style is unique to this land where East and West civilizations intersect, as if they were ahead of the later Chinese blue and white wares.

Some glaze peeling off are visible, but there are no cracks or cracks. It can be said good condition as an excavated piece.