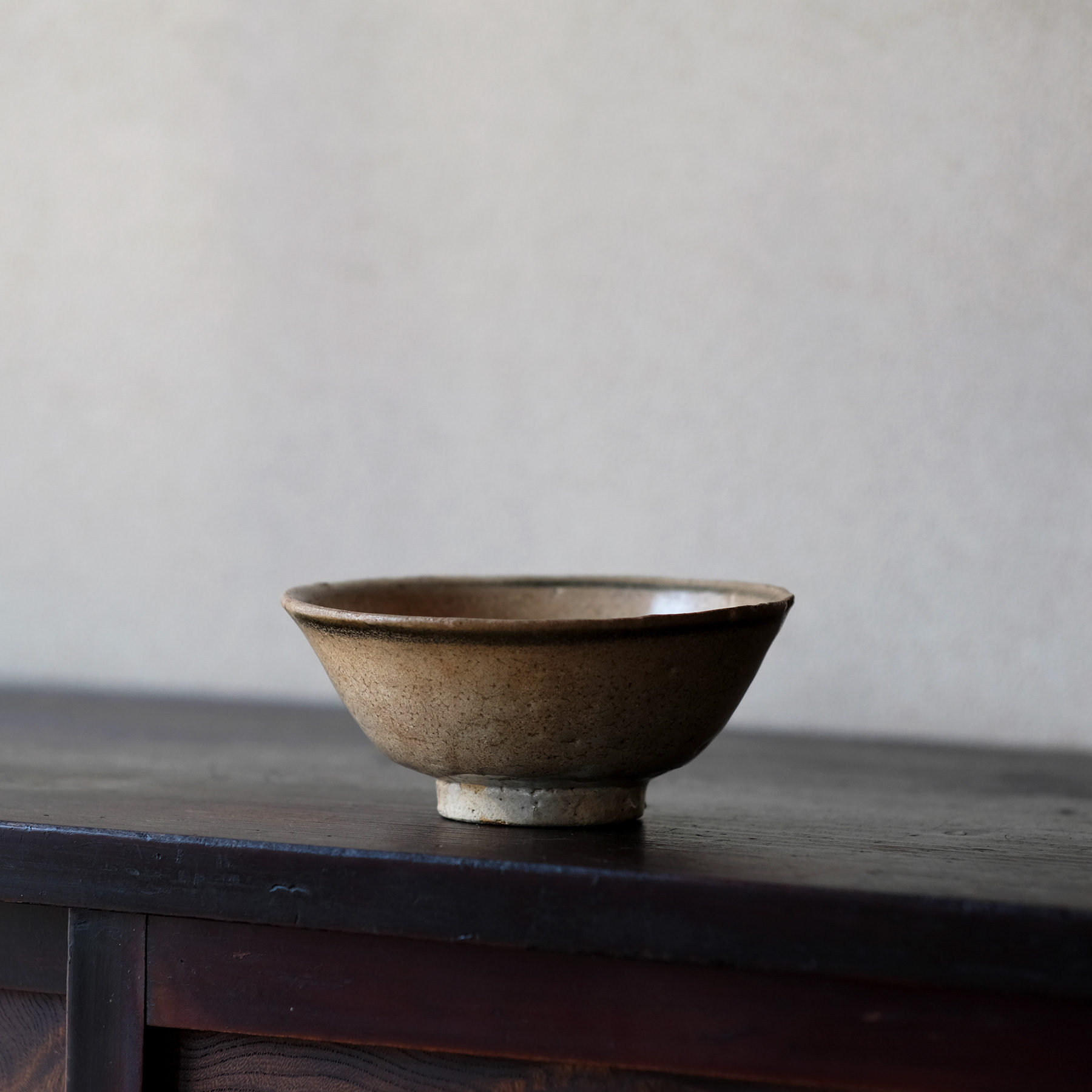 A celadon bowl fired in Guangdong Province (now Guangdong Province) during the Northern Song dynasty. The Yue kiln influenced it in the same Baiyue culture area, but at that time, the kilns around this area were still in the stage of primitive celadon. The underglaze painting is thought to have come from the Changsha kiln in Hunan, and the understated ring line by the iron painting shines well on the wheat-coloured surface.

It is an excavated piece but retains its shine on the skin. There are kiln scratches, a thin hairline, and several minor chips on the rim, but no problem for practical use.