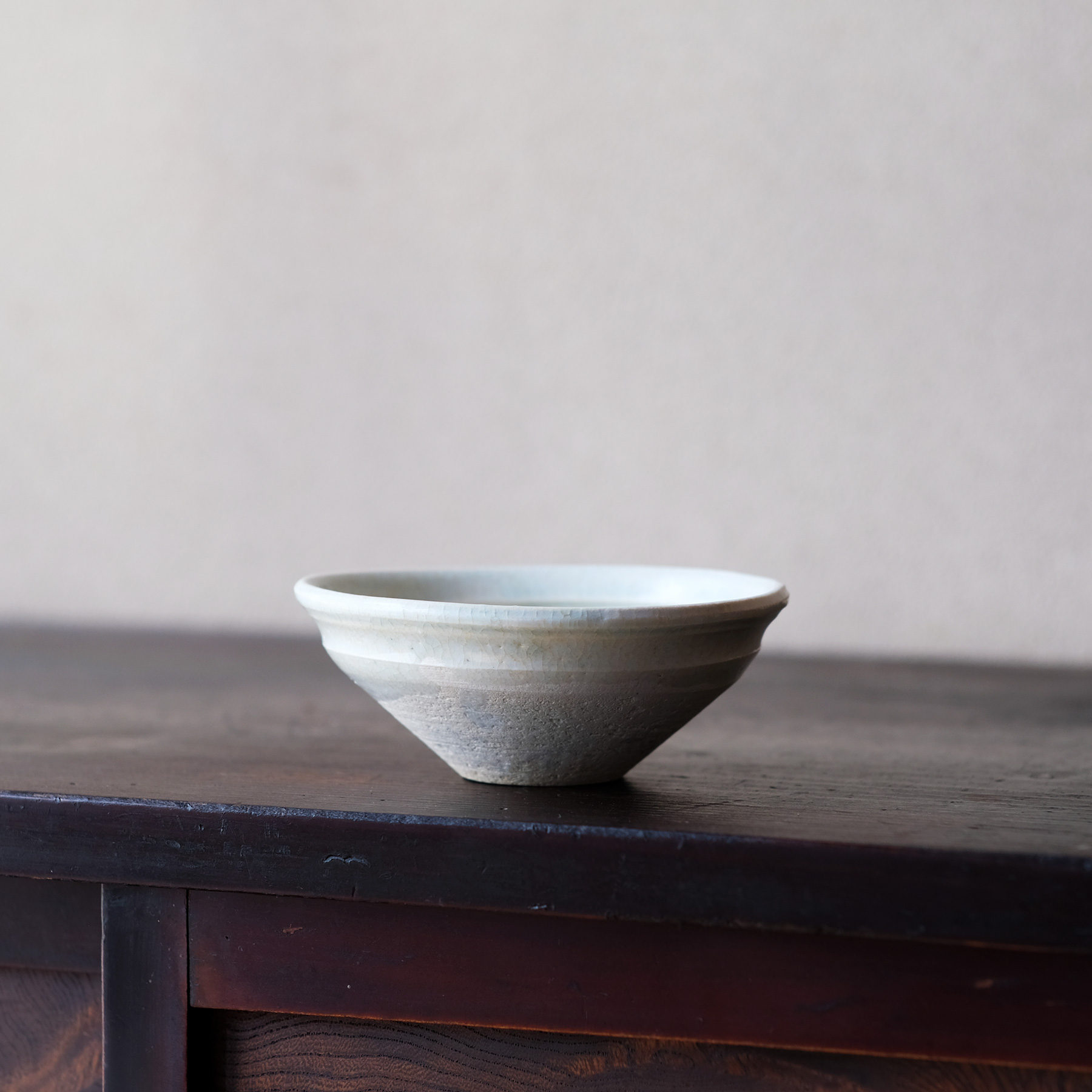 A Jizhou ware cup made during the Southern Song dynasty. It has a thread-cutted flat base on the white clay mixed with gravel, and a transparent glaze similar to the early Qingbai ware is applied thinly.

Jizhou ware produced many Tenmoku glaze designs such as the tortoiseshell and the leaf decoration. Still, Jizhou ware also produced a small amount of Qingbai ware influenced by Jingdezhen. However, due to the coarse clay quality, most of them were miscellaneous items, and there are few examples of such Tenmoku-shaped blue-greenish tint wares. Like Jingdezhen porcelain, it is a serene and limpid appearance that retains the vestiges of Ding ware.

There are minor scratches during the kiln process, but the condition is extremely good. There are brush writings on the unglazed part. Comes with a box.