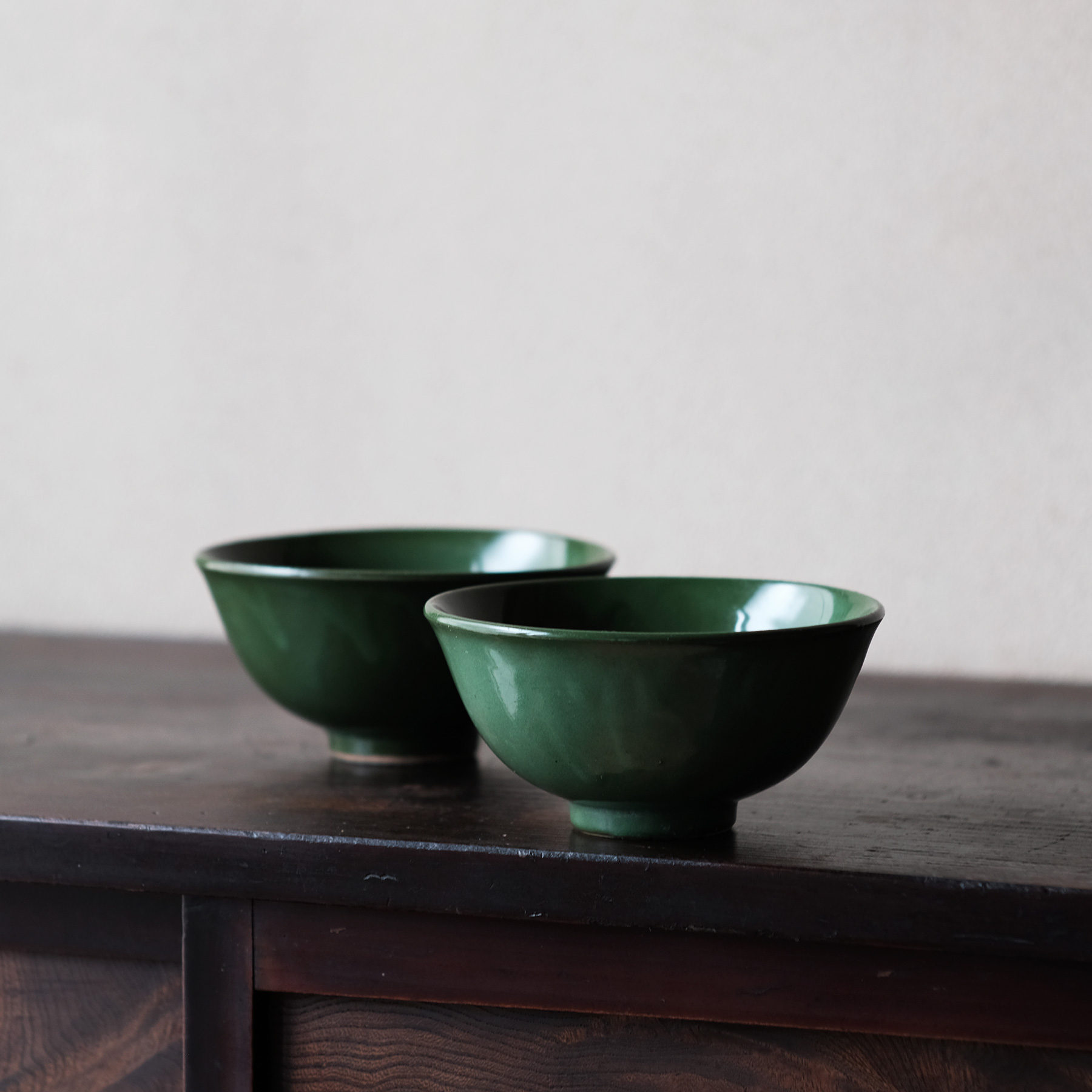 Porcelain rice bowls fired in the Meiji-Taisho period. It forms an outward rim and is covered with a thick green glaze. Green glaze decoration became popular from the end of the Edo period and was produced in various places. This piece was probably made in Aizu-hongo and using instead of wood or lacquer bowl. Still, it is possible that it was manufactured in Hasami from the base treatment and the fact it was found in Nagasaki.

Both pieces have bubbles in the glaze. One has a minor chip on the rim and the base, but there are no other noticeable defects.