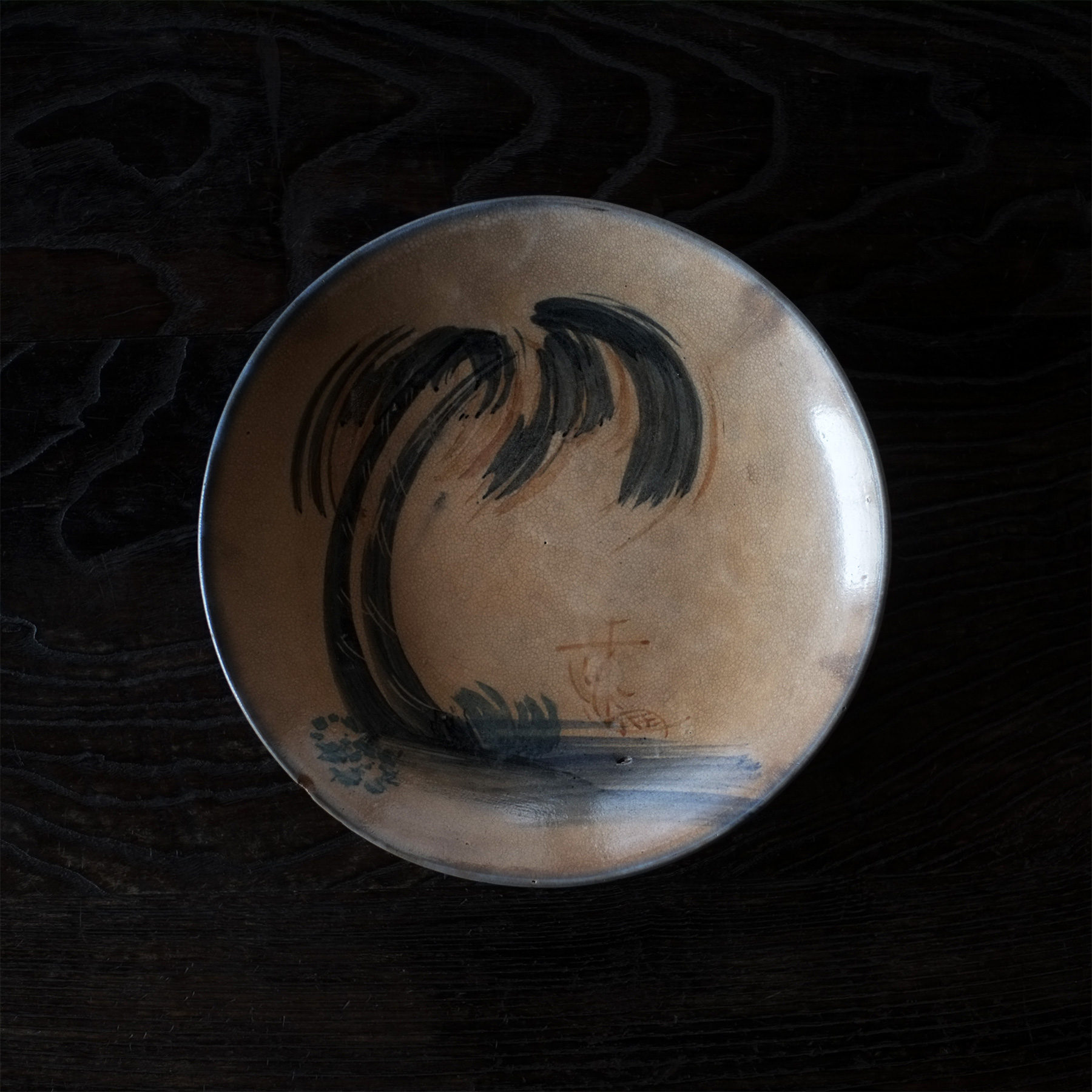 A plate fired in Yingge area in Taiwan. It dipicted a familiar coastal landscape for Taiwanese people which is palm trees grow as a tropical island nature in Taiwan.

In Taiwan, brick production started during the Dutch rule of the 17th century, and Yingge was the production site. Around 1930, when the production function of ceramics was relocated from Beitou to Yingge, with the policie of Japanese colonial goverment, which ruled Taiwan at that time, Yingge developed into a major kiln.

Like the paintings on this plate, the scenery and flora and fauna depicted on the Yingge pottery are all familiar to the Taiwanese, and the mythical world view which is seen in painting of the continent China is not depicted. This may be because most of the people in Taiwan were unembellished farmers. It is not hard to imagine that the Yingge celamics colored on the poor lives those days and became the spiritual reliance of the people.

There are a line and a chip, but the other parts are in good condition.